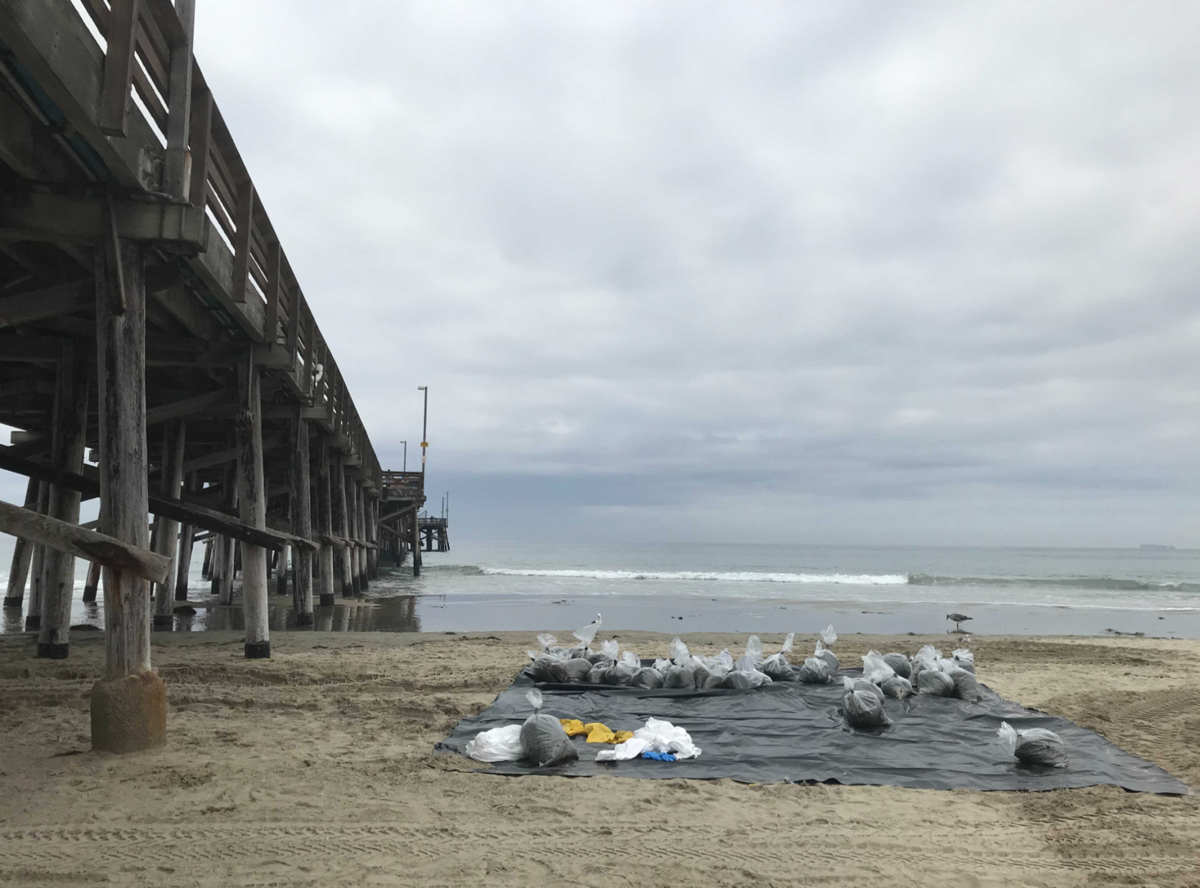 Plastic bags with oil-contaminated sand and seaweed rest on a black plastic mat off the Newport Beach Pier shoreline on Oct. 6. 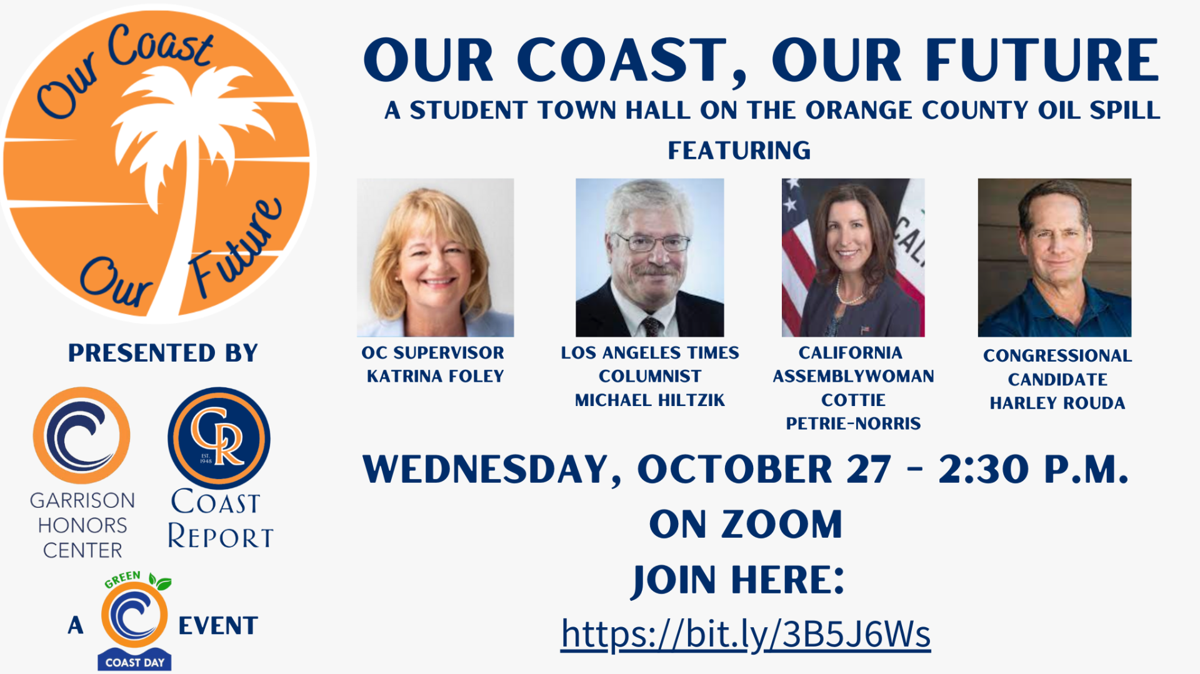 The recent oil-spill in Huntington Beach closed beaches from Bolsa Chica to Dana Point. It threatened the stability of nearby Bolsa Chica Ecological Reserve and the Laguna Beach State Marine Reserve. The disaster has many people calling for a ban on offshore drilling. Leaders of coastal communities including Huntington Beach and Laguna Beach are among the voices calling for an end to coastal oil production.

Our society is hugely dependent on petroleum products. These products power our cars, heat our homes, cook our food, produce our electricity and are the main ingredients of the plastic that makes up so many of our convenience products.

What kind of an effect would banning offshore drilling in California have on our day to day lives?

Turns out, not a lot.

If we were to prohibit all offshore drilling in California coastal waters, the U.S. would only become fractionally more reliant on foreign oil. Our gas guzzling lifestyle would continue unimpeded.

What effect would banning offshore drilling have on California’s economy?

The seven million barrels of oil produced annually in California’s coastal waters are only worth around $580 million. Half a billion dollars sounds like a lot – and it is – but when you compare it to the money generated in the state by tourism, that half a billion sounds much less impressive.

In 2018, tourism in Huntington Beach alone generated over $730 million. The tourism dollars of one mid-sized coastal town eclipse what is earned by the entirety of the state’s coastal drilling.

Tourism in California generated $140 billion in 2018, $11.8 billion of which become tax dollars. While not all tourism can be attributed to California’s beaches, coastal tourism accounts for 80% of all the tourism in Orange and San Diego counties.

Tourism is California's most valuable coastal resource. It’s more profitable than offshore drilling and needs to be protected by local, state and federal governments. Ignoring the many ecological risks coastal drilling poses, the potential economic impact of future drilling disasters is all the argument needed to start the process to end offshore drilling. The risk greatly outweighs the benefits.

The risk offshore drilling poses is unjustifiable, and it’s time we fought to protect our state and prohibit the practice once and for all.

For this editorial, the board vote on the issue resulted in a 6-0 majority of the board voting “no” to the question "is California offshore drilling even necessary?" Coast Report publishes voting results to promote transparency.