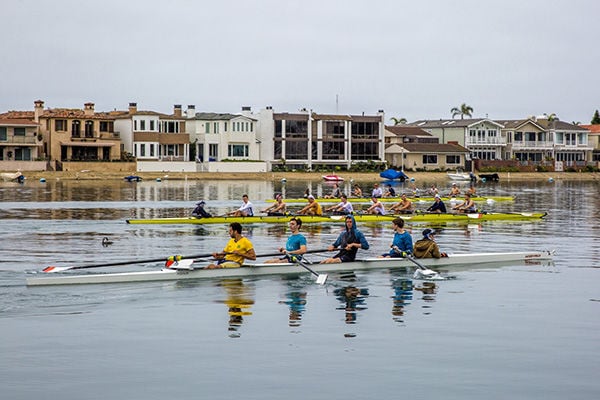 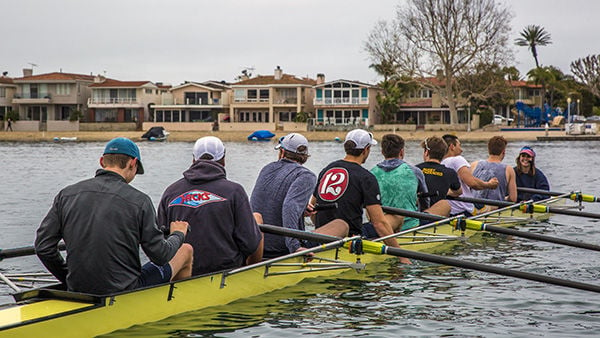 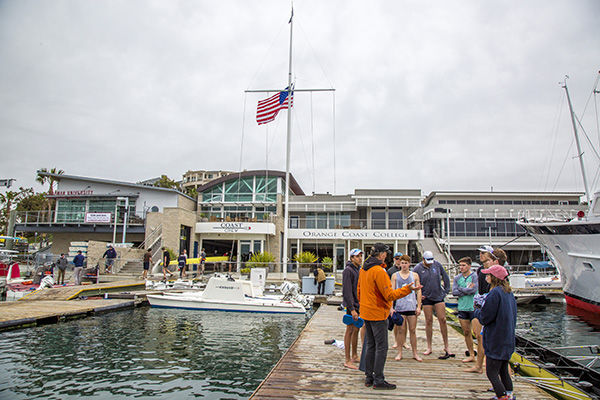 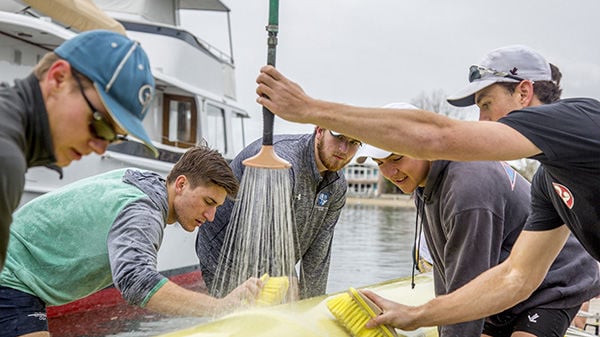 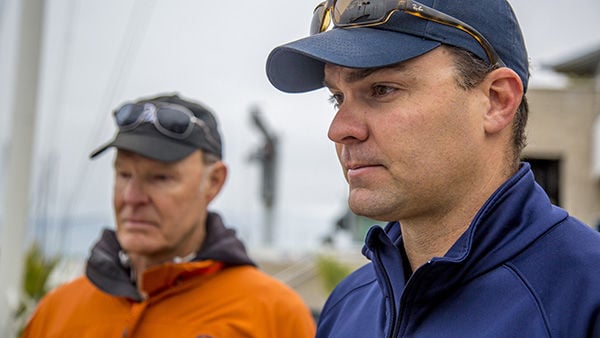 As the sun comes up on the frigid murky waters of Newport Bay, practice begins for the Orange Coast College’s men’s and women’s crew.

Walking barefoot down the dock at the David A. Grant Collegiate Rowing Center, the teams carry 60-foot yellow rowing shells over their shoulders toward the water for what will be several hours of practicing, back and forth, over a stretch of three miles.

Eight oarsmen sit tightly in front of each other inside the narrow boats, using their entire leg strength as they circle their arms in synchronizing strokes.

As the teams practice, Brown leads alongside in a small motorized boat, screaming through a black megaphone, “Good paddle, good paddle.”

The OCC crew teams are the only community college crew teams in the nation.

Brown is an Australian native with 20 years of rowing experience. He was coaching at Oklahoma City University when he joined OCC’s crew five years ago after he saw an advertisement for a coaching position at OCC.

The training for the rowing team is methodically vigorous and spreads over 10 months in preparation for the six-minute sprint races against four-year universities across the country.

“It’s a very technical sport. It’s the same stroke about 250 times repeated,” Brown said. “If your stroke is very efficient and if your technique is very good then you’re going to move the boat faster.”

As diligent as the training is, the bar for physical tenacity is another key requirement for winning.

“Eight oarsmen have to be as identical as possible and that’s another thing we work on all year long, is creating that rhythm,” Brown said. “You have to trust that your teammate is putting in his maximum effort if you are.”

The teams train 10 months of the year, throughout the fall, spring and intersession.

“It’s a very physical sport. The physical fitness has to be very high,” he said.

Jordan Teisan, 18, is in his first year of being part of the college’s crew team and joined OCC because three of his previous coaches from high school had rowed at Coast.

According to Teisan, training inside confined spaces, combined with additional demands of speed and strength, has its challenges.

“There’s bickering, yelling. Everybody yells at each other. Everyone gets mad but that’s just the beauty of the process,” Teisan said. “You can yell at each other, get super mad, hate somebody one minute then you come on land and everyone’s hugging and doesn’t care.”

The biggest home race of the season will be the Newport Regatta held on March 12 from 7 a.m. to 10 a.m. in Newport Harbor. Races will be held against UCLA, USC, UC Irvine, UCSB, LMU, UCSD and Chapman University.

Guests will able to view the athletes from either side of the harbor and from the David A. Grant Collegiate Rowing Center in Newport Beach.

“The guys work hard and they sacrifice a lot to be here. They push themselves a lot. What I’m looking forward to is seeing them reach their goals and that will mean winning a lot of races,” Brown said.