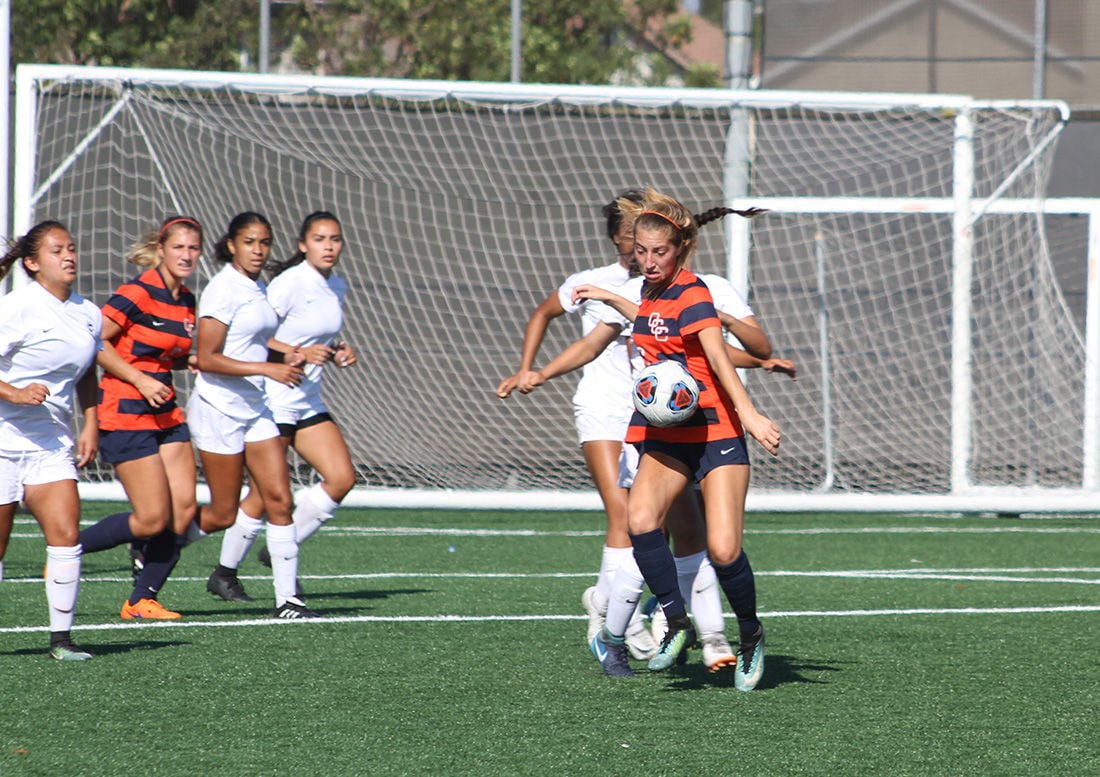 Haley Auer, a sophomore midfielder gets called for a handball in the 2-0 loss against Cypress College Friday. 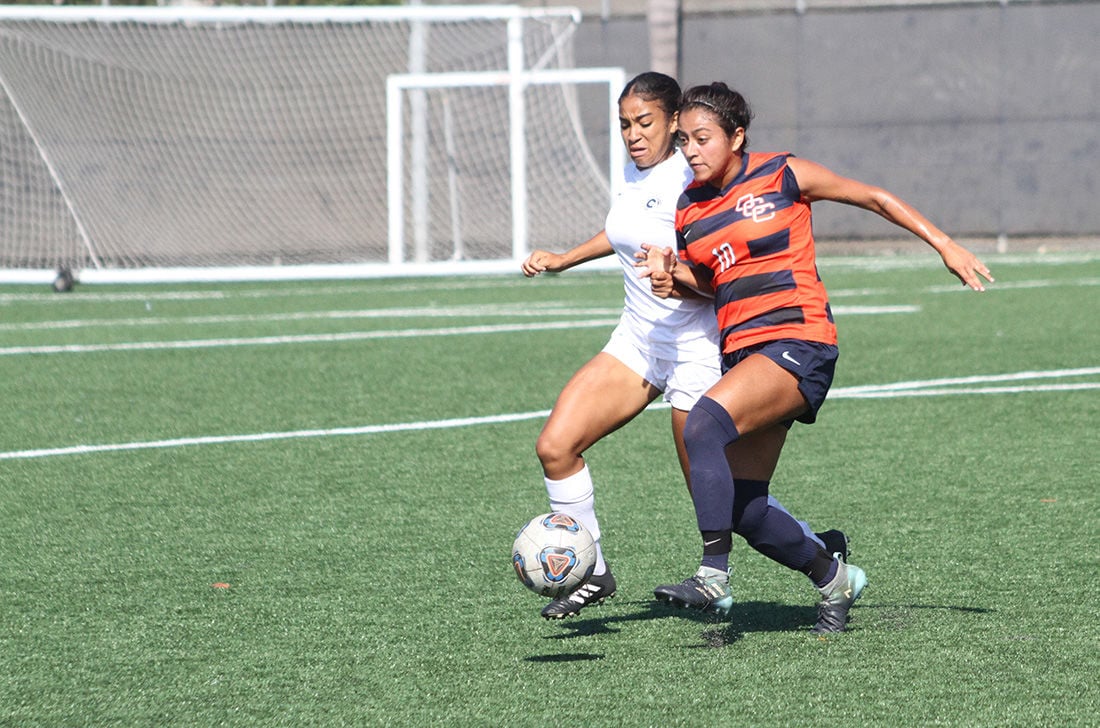 Freshman midfielder Michelle Caballero fights off a defender during the game.

Haley Auer, a sophomore midfielder gets called for a handball in the 2-0 loss against Cypress College Friday.

Freshman midfielder Michelle Caballero fights off a defender during the game.

OCC dominated both sides of the ball, not allowing a Charger corner kick until the second half, where as the Pirates totaled nine — five of them coming in the first half.

“I think we played really well, the result didn’t match the performance,” head coach Kevin Smith said. “It was a shame, it was one of our better games.”

The Pirates were in complete control until an untimely whistle was blown late in the first half.

One of the rare times the Chargers were inside the OCC 18-yard box, they fired a shot that ricocheted off the hand of a Pirate defender. The call was a handball, which resulted in a crucial penalty kick. Cypress defender Jordan Barber found the back of the net to give her team a 1-0 lead.

While the referee had called Orange Coast for reaching out and using a hand to block the ball, the linesmen, who appeared to have the better view of the play, said that a hand was not raised in the play.

“The call in the first half, the penalty kick was not a fair call, it changed the game.” Smith said.

Both teams combined for 25 fouls, and a remarkable three of them were called handballs. It could’ve been more, when a near repeat of the handball called in the first half occurred in the second, but this time off a Charger defender. This time, it went uncalled, much to the dismay of the OCC coaching staff and its players.

A late surge in the final 10 minutes of play looked promising for the Pirates, benefiting from multiple fouls committed and a yellow card for time wasting by the Chargers, but the crosses fell flat and often, a wasted possession. Three of Coast’s seven shots were on goal, and only one of those shots gave Cypress goalkeeper, Tabatha Macedo a challenge.

Led by freshman midfielder Michelle Caballero and sophomore midfielder Sabrina Chantler, the Pirates had ample opportunity to stay in the game, but the reoccurring theme for Coast was the inability to complete the final touch in the box.

“We have to do more with the chances we get,” Smith said. “We have to finish and do better in the final third so that we can score.”

Once Cypress opened the scoring, it controlled the rest of the first half, and doubled its lead just before halftime.

Averaging just under two goals a game on six shots, the Pirates have found themselves slipping into sixth place in the all competitive Orange Empire Conference.

OCC returns to action Friday as it heads to Norco College in a conference match at 3 p.m.