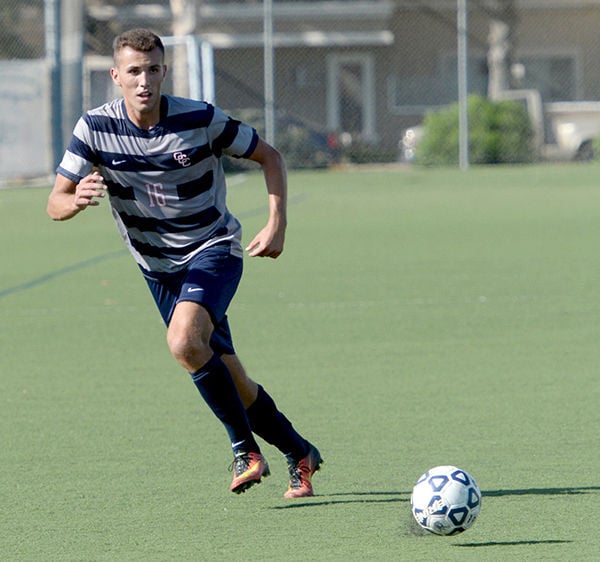 Orange Coast College defender Brett Haney goes for the ball during a recent match. The Pirates won over the weekend against Chaffey College 2-1. 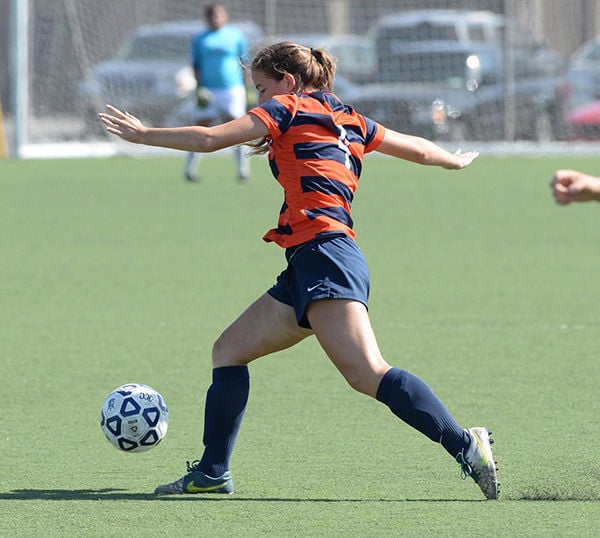 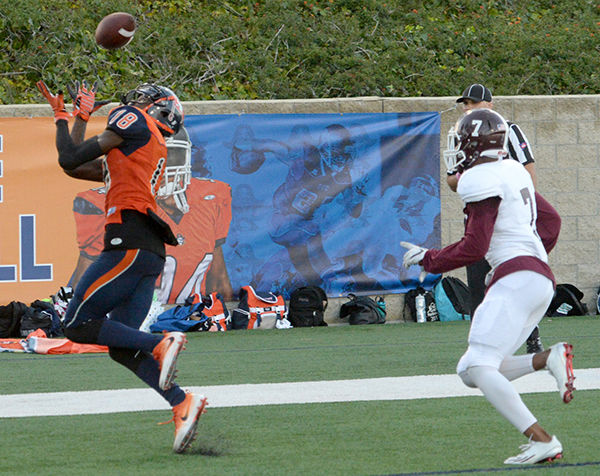 Orange Coast College defender Brett Haney goes for the ball during a recent match. The Pirates won over the weekend against Chaffey College 2-1.

At last, fall athletics are upon us at Orange Coast College. Four of the six teams competing this season have already begun their championship campaigns. The football team dropped its season opener as women’s volleyball tasted victory and the men and women’s soccer teams continued to find the back of the net. Here is an overview of sports action so far.

The Pirates came up short Saturday night, as they lost to East Los Angeles College 31-22 in a dog fight. East LA opened the scoring early in the first quarter on an 80-yard bomb from quarterback Phillip Tran, who had nearly 300 yards passing on the night. The efficient East LA offense proved too much to handle for the Coast defense. OCC showed positive signs, displaying their powerful running game with sophomore running back Nico Jackson and dual-threat quarterback Pete Mitchell combining for 200 yards rushing.

Men's soccer comes out on top

With a pair of matches over the weekend, the women’s soccer team earned its first two victories of the season, defeating Moorpark College 2-1 Thursday and Clovis Community College 1-0 Friday. Sophomore goalie Alison Marlow notched five saves over the two matches while earning her first shutout of the season. Freshman forward Haley Auer scored her second goal of the season against Clovis with a dramatic last second strike in the dying seconds of the match.

Volleyball in a win streak

The women’s volleyball team won its third and fourth consecutive games of the season on Friday, continuing its hot start to the season. Both Santa Monica College and Citrus College lost 3-1 to the Pirates, unable to keep up with OCC’s near perfect movement and quickness. Freshman setter Izzy Mariotti and sophomore outside hitter Hannah De Barto combined for 41 kills, and freshman libero Rylee Adair tallied an impressive 45 digs over the course of the two matches.

Keep your eyes on the Pirates