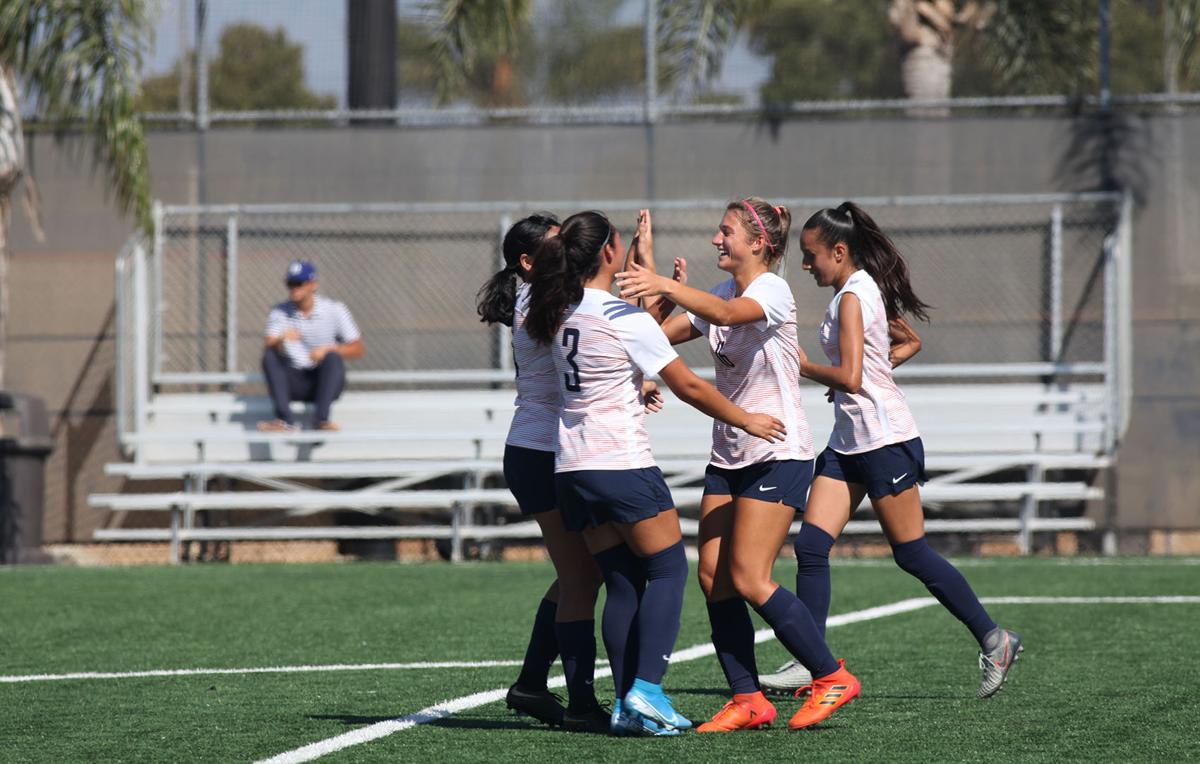 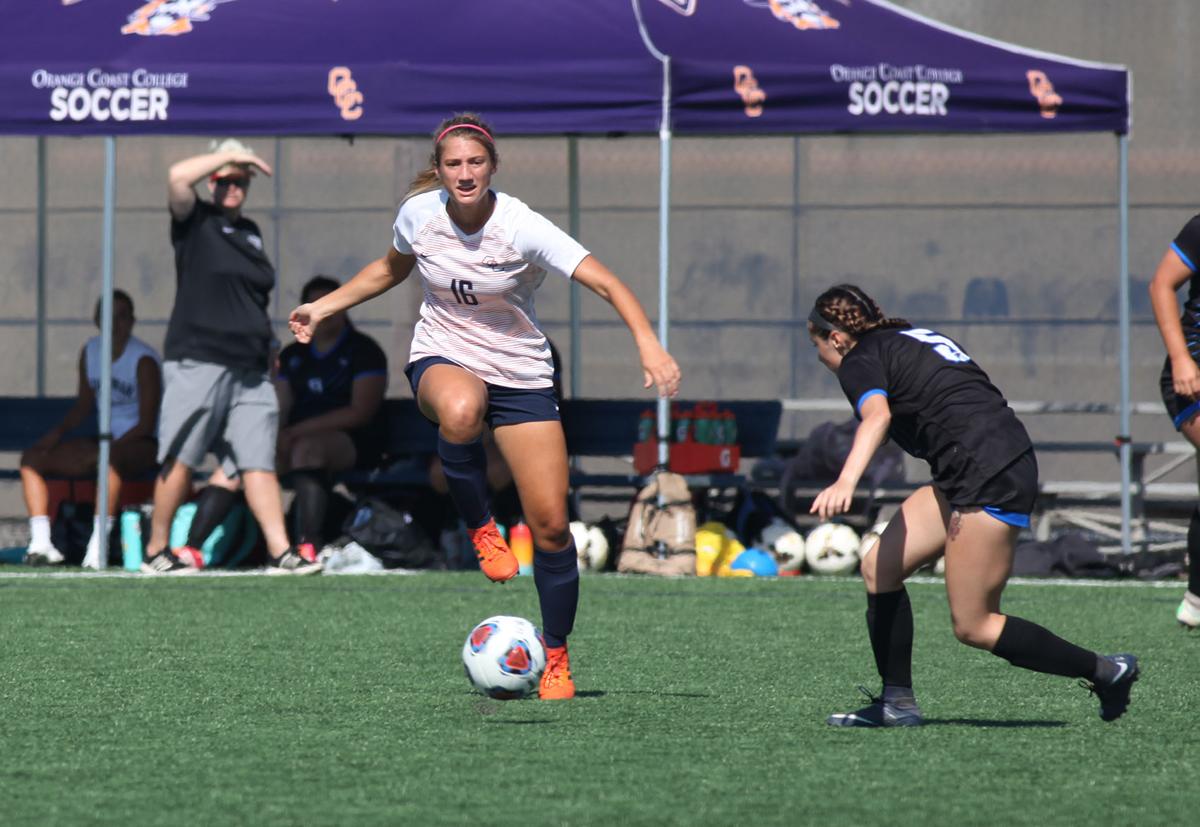 Sophomore forward Delani Guyot receives a pass and looks to move down the field.

Sophomore forward Delani Guyot receives a pass and looks to move down the field.

Sept. 18: This story has been updated to correct an error.

Entering the match, the Miramar Jets had allowed 16 goals and hadn’t scored one yet all season, handing the Pirates the perfect opportunity to bounce back from a crushing 6-0 defeat against Mount San Antonio College.

“For us to be able to bounce back shows a lot of character,” head coach Kevin Smith said. “I am very happy that we came out and were able to work hard.”

Romero provided the last of the game’s action, scoring in the 87th minute on a header that sent her to the ground on a cross from sophomore midfielder Veronica Zambrano and put the Pirates up comfortably up 3-0.

Guyot got on the scoresheet first for the Pirates, notching the only goal of the first half in the 24th minute, which also earned Zambrano’s first of two assists for the day.

Guyot’s second goal came in the 80th minute when sophomore defender Karryn Henderson — fresh off the bench — threw the ball in from the sidelines, and Guyot knocked the ball into the back of the net, earning her a brace for the day.

“Getting the ball from our midfield to [Romero] and Delanie allowed them to combine and produce for us all game,” Smith said.

After her goal, Romero maintained her dominance on offense for the Pirates, having either scored or assisted in five of the Pirates seven goals this season.

Even though the Pirates amassed a season-high on shots, what stood out was its defense, which held the Jets to only five shots — just three of them on goal.

The Pirates are without starting freshmen defenders Xandra Clevley and Lauren Kiszkiel who both suffered injuries, causing the Pirate defense to adjust accordingly.

Clevley has one goal on the young season.

According to Smith, only 13 of the team’s 18 players were available to play in the match.

“It was great for us to perform with girls who had to play out of position,” Smith said. “We have a lot of injuries right now.”

With the Orange Empire Conference play set to begin on Oct. 1 at Fullerton College, the Pirates are running out of time to make any final tune ups.

“Because of injuries and an inconsistent summer, we really need to focus on our fitness heading into conference,” Smith said. “If we can be fit for conference, we will be good to go.”

Friday will be the Pirates’ last crack at non-conference play as Long Beach City College visits at 3 p.m.