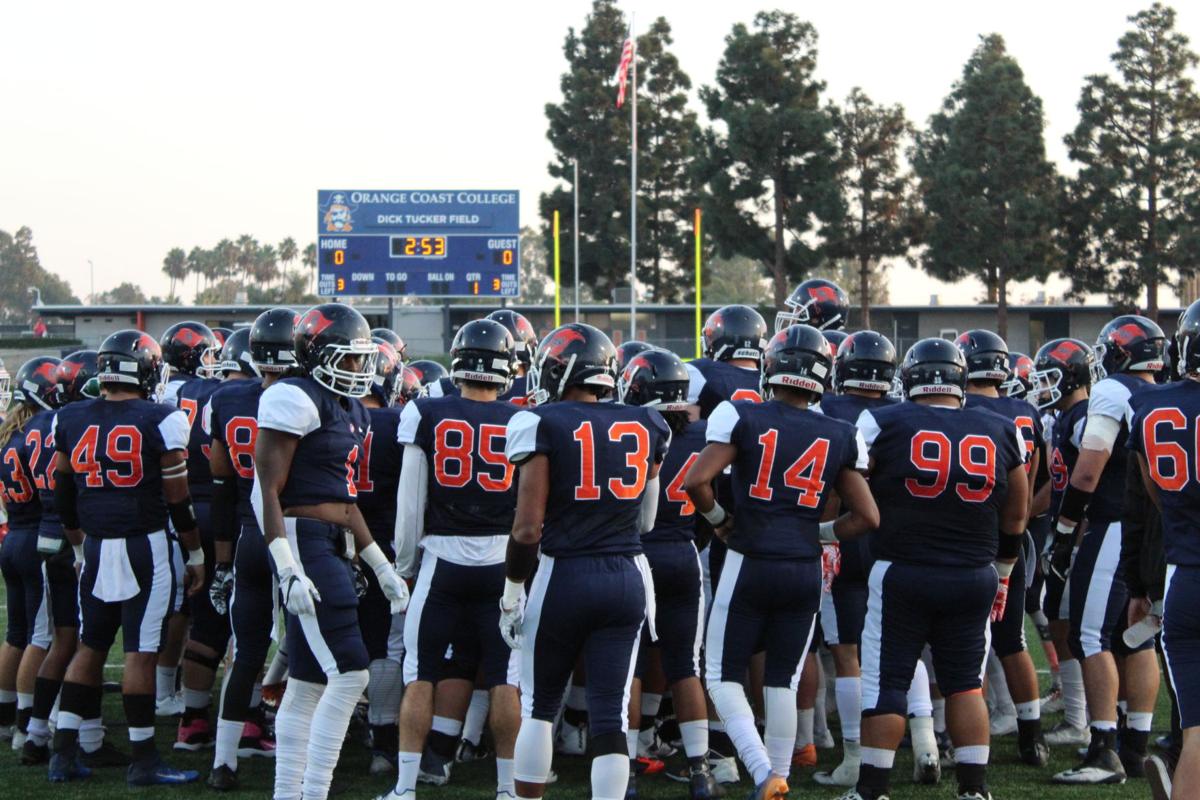 The OCC football team huddles up before kickoff against Palomar College. 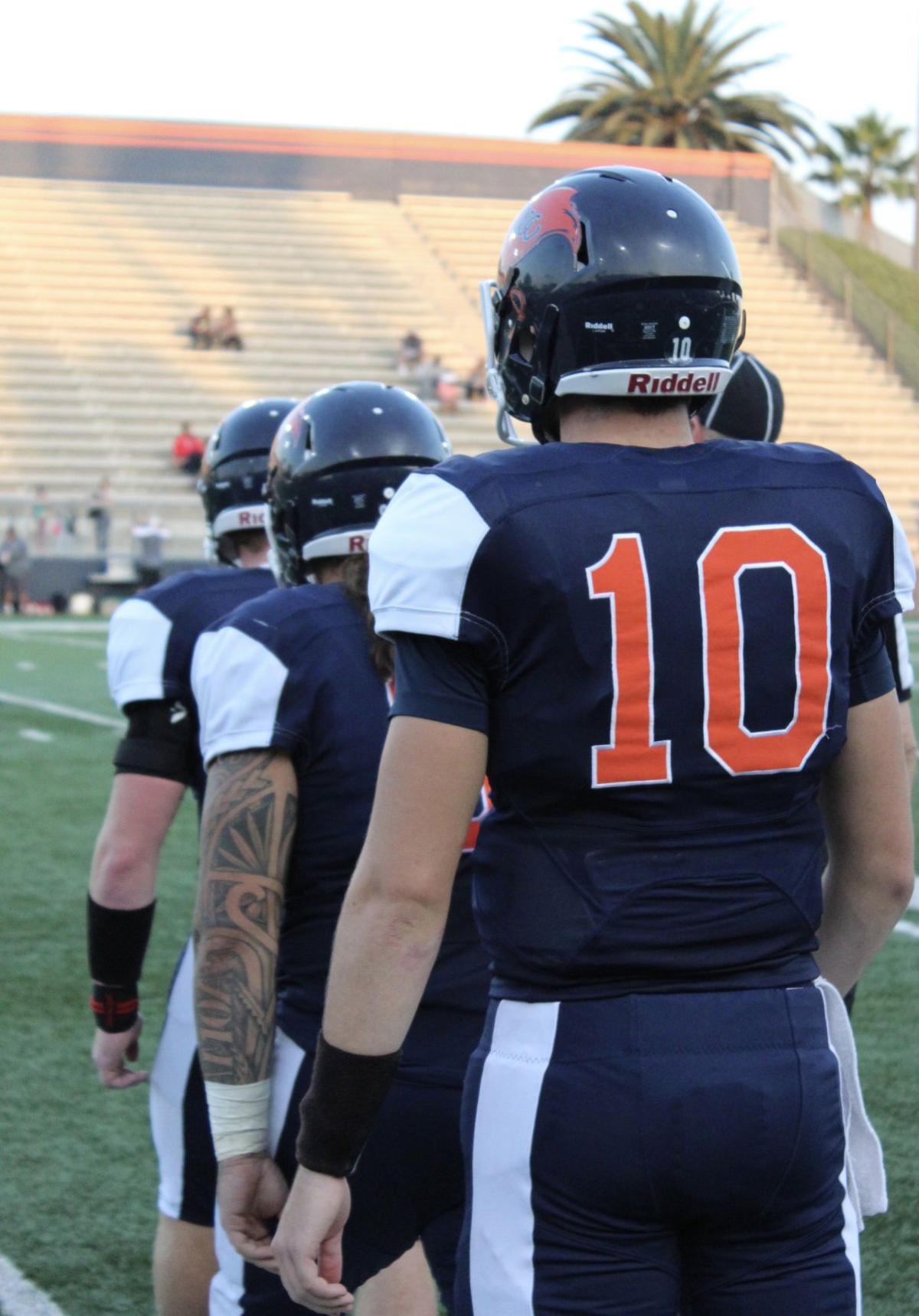 The OCC football team huddles up before kickoff against Palomar College.

Just before the beginning of the second half in their first Orange Empire Conference matchup against Palomar College, Orange Coast College head football coach Kevin Emerson pulled his team aside to reassure a mindset.

“It’s 0-0. They can’t stop our running game. We need to minimize our mistakes and put the game away,” Emerson said.

The score was actually 21-3 as they ran on to the field to start the third quarter. Emerson, however, stressed the importance of winning the game one snap at a time. His team is not known for keep their leads and seeing games through.

An underlying whiff of skepticism arrived with the heavy marine layer that sat over the field as the sun disappeared over the stands. Palomar put their foot on the gas pedal in the fourth quarter, with the momentum in their favor.

Following a late fumble from OCC as the scoreboard read 28-13, Palomar drove down the field and squeezed into the corner of the endzone with a spectacular catch by sophomore Nate Johnson who, by some miracle, kept both feet in bounds.

The Pirates eventually ran out the clock and held on for the win, 28-20.

“Complete team effort," Emerson said. "The defense did an amazing job holding Palomar to three points [in the first half]. We are proud of our guys."

As freshman kicker Cory Lewis kicked the game off, the Pirates played arguably their best first half of football all season. The offensive mistakes were quickly cancelled out by the aggressive and determined defense.

“You want your defense to be able to step it up and keep the points in a winnable position. That’s what they did,” Emerson said. “They worked their butts off this week.”

OCC freshman quarterback Pete Mitchell started the first half onslaught with a rocket touchdown pass to sophomore wide receiver Bayley Wolff. Mitchell had to leave the game in the second half with a lingering ankle injury.

Sophomore quarterback Nathan West took his place and got the job done thanks to his quickness and awareness of the powerful Palomar defensive front.

Coast’s tough non-conference opponents early in the season have prepared them to do significant damage in the OEC.

Although their record (2-4) doesn’t mirror their efforts, the Pirates are improving every week. They face another conference enemy in Grossmont College at Dick Tucker Field on Saturday at 1 p.m.