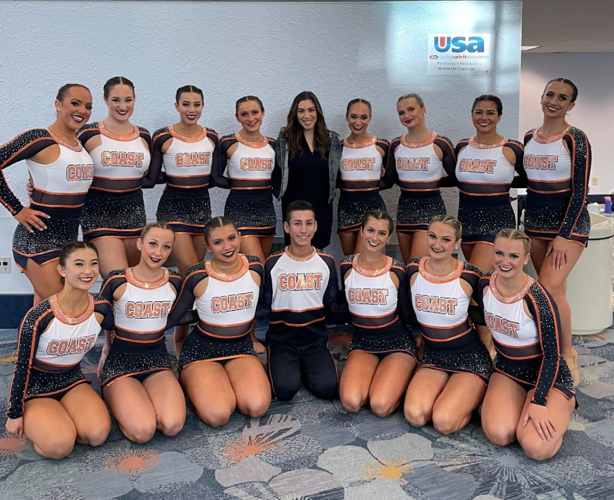 Coach Brittanee Roberts and the OCC dance team before going into warmups. 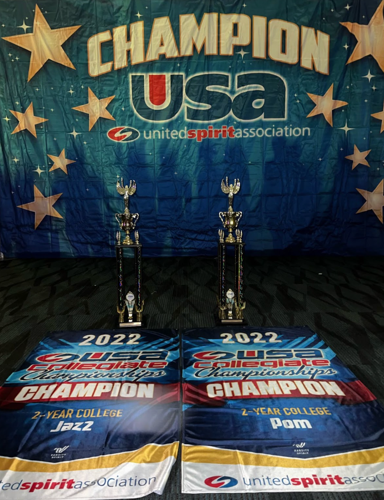 Coach Brittanee Roberts and the OCC dance team before going into warmups.

Orange Coast College’s dance team took first place at United Spirit Association Nationals in the pom and jazz division as its season comes to a close.

The team scored a 95 in jazz and a 97 in the pom division. Jazz and Pom routines are scored in three categories: choreography, execution and performance. A judge will go through and score a number that they think is best for how a team has executed their routine. Whichever team has the highest score will be awarded first place.

They used USA Nationals as a time to practice their routines before traveling to Orlando in April to compete in the National Dance Alliance competition. According to Roberts, she and her athletes have the mindset to win at NDA.

“We train so hard all year long,” Roberts said. “Our season never stops, from summer until spring we are going. They maybe get a couple of weeks off in July.”

Roberts and her team are dedicated to training to be able to compete against four-year schools. Her athletes come from very experienced backgrounds and have trained to compete.

“These athletes have been training their whole life, practicing dance or gymnastics for a very long time,” said Roberts.

After Orlando, the team will take some time off to readjust and then go back to training for next season. There will be a clinic at the end of April at OCC for athletes who want to get a feel for the team and what will be expected of them. There are more details to come about the specifics of the time and location.

“To make our team, we suggest you have some prior experience,” Roberts said. “But things happen and sometimes people shock you. They’ve only been dancing for three years, but it just kind of clicked and it was natural.”

After tryouts, the team goes to a class to work on technique and practice. Then the team will go to dance camp in the summer to qualify for nationals, learn new material, and prepare for football season.

This is Roberts’ third season as OCC’s head cheer and dance coach. Roberts has been dancing since she was 3-years-old and went on to coach high school dance for ten years before she got her start at OCC.

“We are not just the team that cheers at football and basketball games,” Roberts said. “We are so much more.”