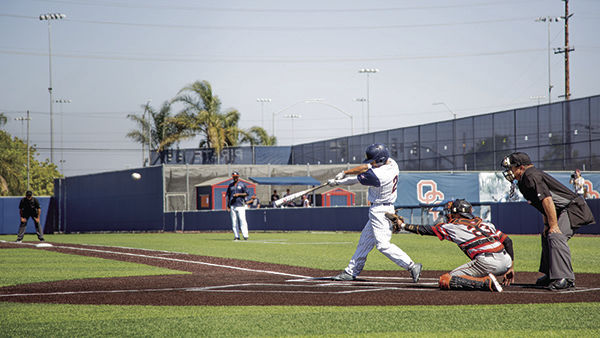 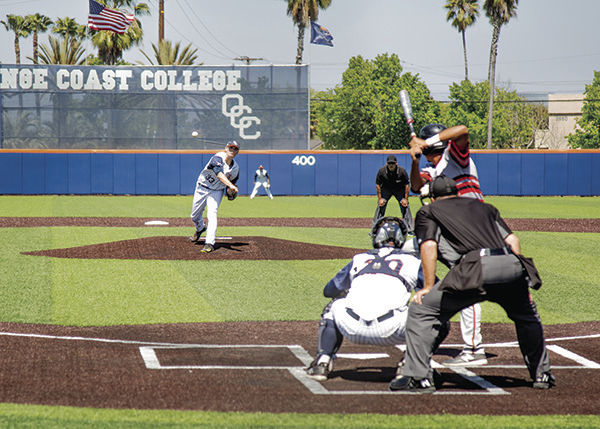 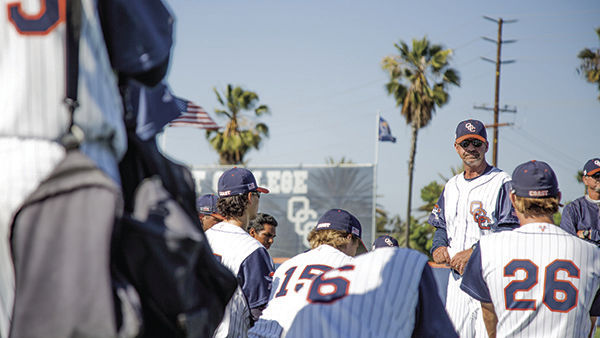 The Orange Coast College baseball team (26-14, 14-5 in Orange Empire Conference) was outfought in a pitcher’s duel 2-1 against the Riverside City College Tigers (25-14, 11-9) in its final home game of the season Thursday.

The loss meant that the Pirate men failed to clinch back-to-back OEC titles for the first time since the 1986 and 1987 seasons. Still, it was one of the best pitching performances of their season.

“There was really good pitching on both sides today,” team head coach John Altobelli said. “We made the right move with the pitchers. Our guy made a great pitch and their guy just got a piece of it and dumped it in, and that’s just baseball.”

OCC got out to a 1-0 lead in the bottom of the sixth, when sophomore catcher Chris Ceballos scored on an infield single by sophomore first baseman Jacob Doty. An inning later, the Tigers came back for two runs of their own off a bases loaded single and never looked back.

A continuing theme for the Pirates was the inability to get a timely hit, stranding 10 on the bases. They failed to get out to an early lead with runners on first and third in the second inning with no outs, as both runners were thrown out on the bases in a bizarre double play.

“We didn’t execute when we had runners in scoring positions today.” Altobelli said.

Heading into the final game of the season as the Southern California Regional Playoffs near, the Pirates are looking to get healthy with notable injuries to sophomore infielders Josh Berman, Coby Kauhaahaa and Domenic Donato.

“We’re the walking wounded right now,” Altobelli said, “It’s where you need people that haven’t played a lot to step up. We’ll just keep battling with what we got.”

The Pirates control their own destiny in hoisting the OEC title outright by winning their final game of the season at Riverside today at 2 p.m. A loss and a Saddleback College win would see both schools share the OEC crown. A loss from both colleges would see OCC crowned outright champions.

The opening round of the Southern California Regional Playoffs begins on May 2 at 2 p.m. at Wendell Pickens Field.