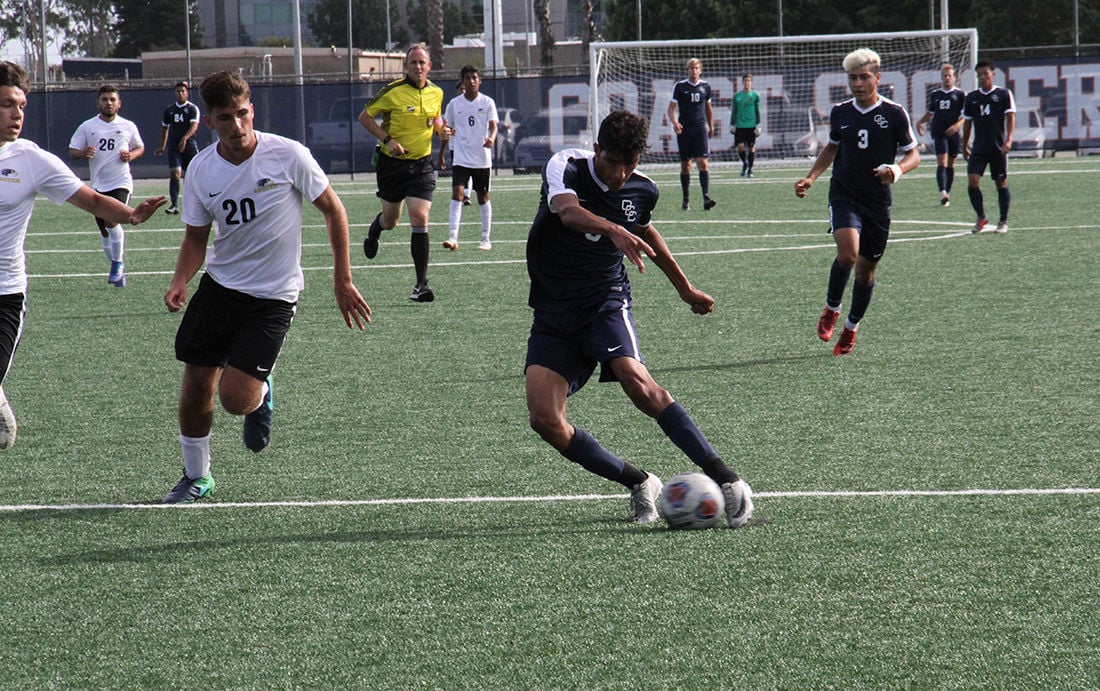 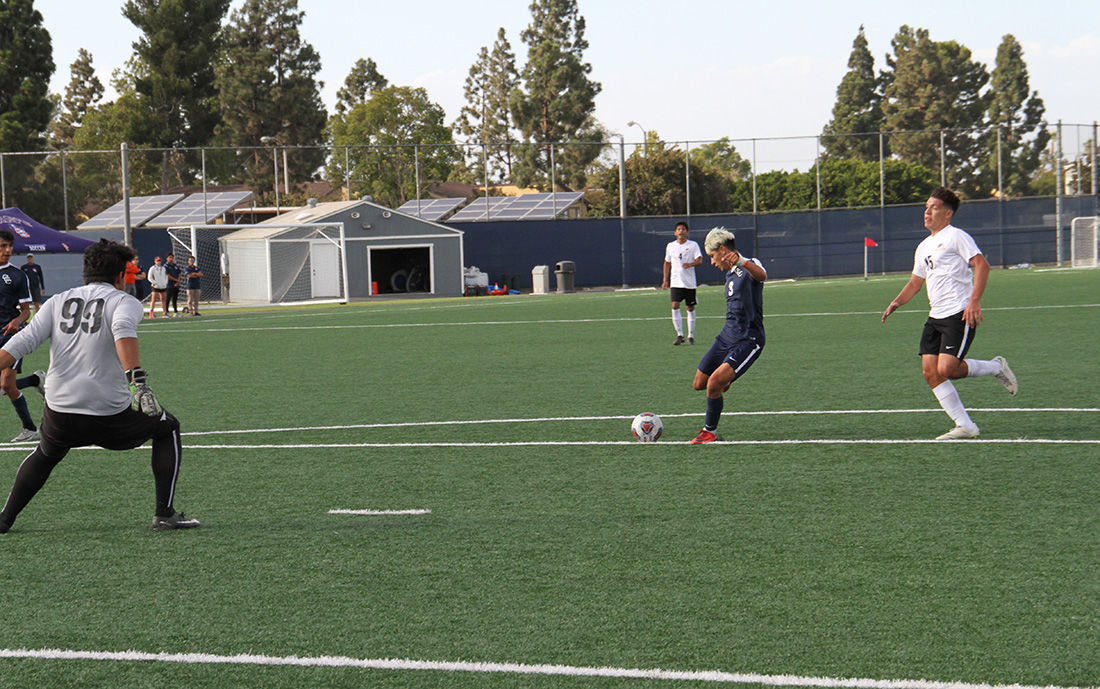 Nicholas Cardenas, sophomore forward, fires a shot from the top of the 18-yard-box in Friday's 4-0 victory over Santiago Canyon College.

Nicholas Cardenas, sophomore forward, fires a shot from the top of the 18-yard-box in Friday's 4-0 victory over Santiago Canyon College.

Nicholas “Chico” Cardenas led the Orange Coast College men’s soccer team in scoring as it blew past the Santiago Canyon College Hawks 4-0 in a second-round conference game on Friday.

The sophomore scored all four goals in the victory, moving his total to a team-leading 10 goals in the season.

“That was our best team effort of the year by far,” assistant coach Glenn Strachan said.

It was indeed a team effort, as OCC worked efficiently on both sides of the ball. Freshman goalkeeper Thiago Lino Da Costa had 5 saves in his shutout performance.

OCC sophomore defender Parker Robinson was called on a handball in the 34th minute. The Hawks called for sophomore midfielder Devin Cornejo to shoot the penalty kick. Da Costa came up clutch with a diving stop to keep SCC’s score a goose egg.

Chico described the midfield as the engine that keeps the team going. If the midfield is working hard, the team feeds off that energy.

The men will travel to Fullerton College on Tuesday and attempt to knock the Hornets off the top of the Orange Empire Conference. The Pirates’ next home game is Friday against Irvine Valley College at 3 p.m.