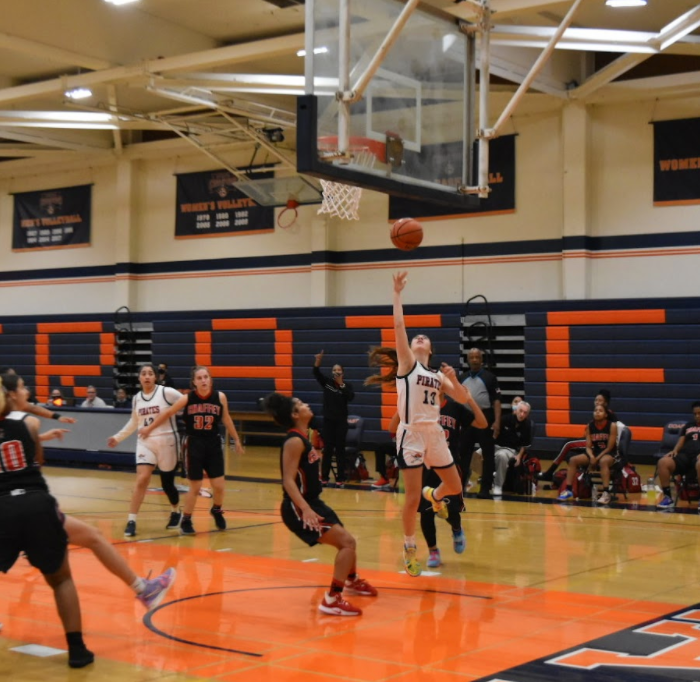 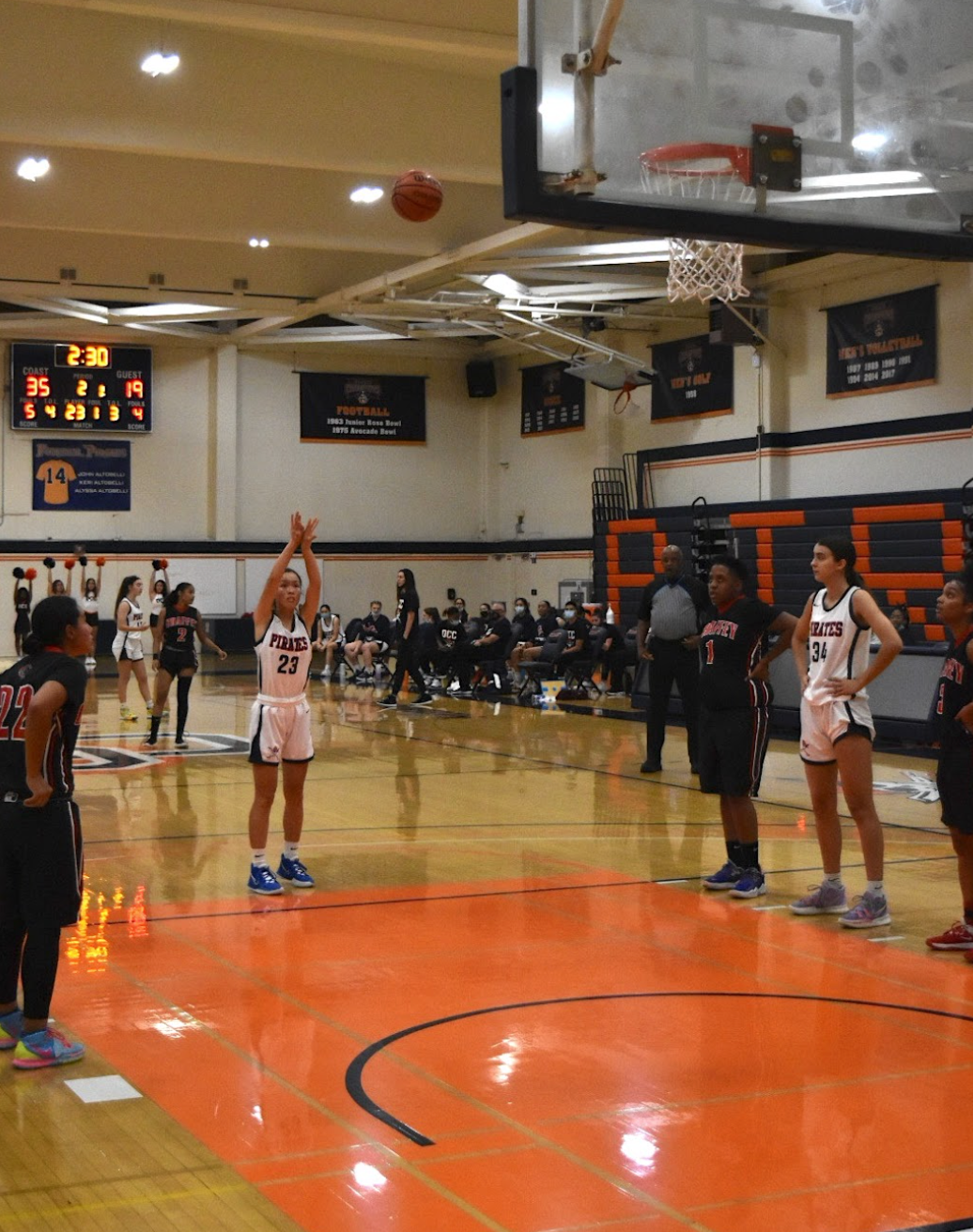 OCC Guard Kyoka Ohara shoots a free throw after being fouled on a layup attempt in Tuesday night's game against Chaffey College.

OCC Guard Kyoka Ohara shoots a free throw after being fouled on a layup attempt in Tuesday night's game against Chaffey College.

The Orange Coast College women’s basketball team scored a season-high in three-point shots, while holding Chaffey College to just 10% shooting from beyond the arc.

The Pirates simply outplayed the Panthers on Tuesday, where they led in every single major category en route to a 77-55 win at home.

“Our rebounding was the main contributor towards our win,” OCC head coach Sammy Doucette said. “Then we shot well when Chaffey was in their zone defense. I think we just started getting on fire.”

When it rained, it poured for the Pirates.

After shooting 0-8 to start the game, OCC guard Alexis Logan lit up the scoreboard with three straight scores to start the second quarter: a layup through the middle of the defense, a three-pointer at the wing, and then a mid-range jumper for two more points. The Pirates quickly found themselves up 25-17 early in the second frame.

After two separate triples from OCC guards Kyoka Ohara and Savannah Seiler, the Pirates took a 40-20 lead heading into halftime.

“We made more three-point shots than ever before, which was good,“ Ohara said. “We made passes to open players and were not selfish with the ball.”

In the third quarter, the Panthers orchestrated an 18-6 run that narrowed the score to 46-38, but again riding the hot hand, it was Ohara who hit crucial mid-range jumpers in stride to get the Pirates back on course.

For the third straight game, Cabrera led the Pirates in scoring, this time with 18 points against Chaffey — 11 of which came from the free throw line. The freshman out of Aliso Niguel High School is averaging 24.3 points per game on 43.1% shooting so far this season.

The fourth quarter was a breeze for OCC, largely due to the late-game cushion, but also stout defense at the rim. Standing at 6-feet tall, Seiler made it difficult for the Panthers to drive in the paint, picking up two blocks in the final minutes of play.

The Pirates ran away with the win, 77-55 in regulation.

This weekend, OCC will travel down to San Diego City College for a three-day tournament against various California Community College opponents.

“Tournament play is going to be interesting,” Doucette said. “We want to try different defenses, play with different lineups, and all of that in order to get ready for conference.”