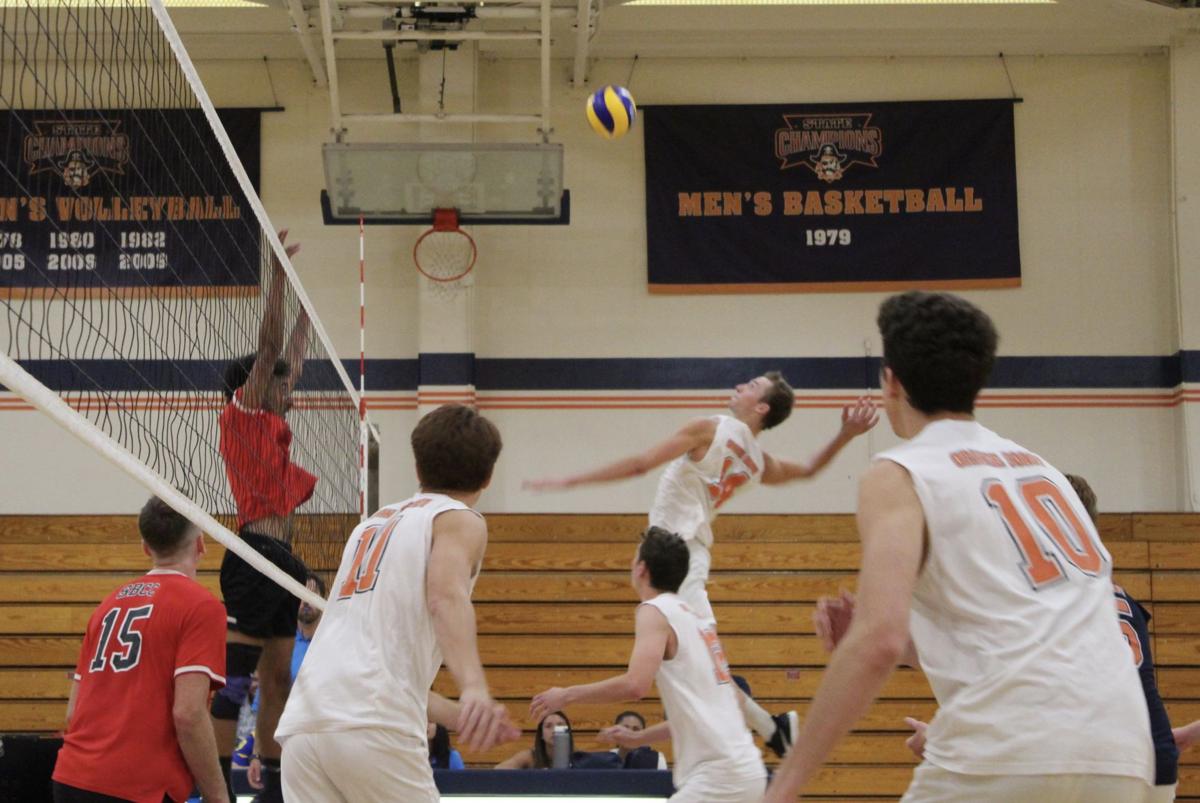 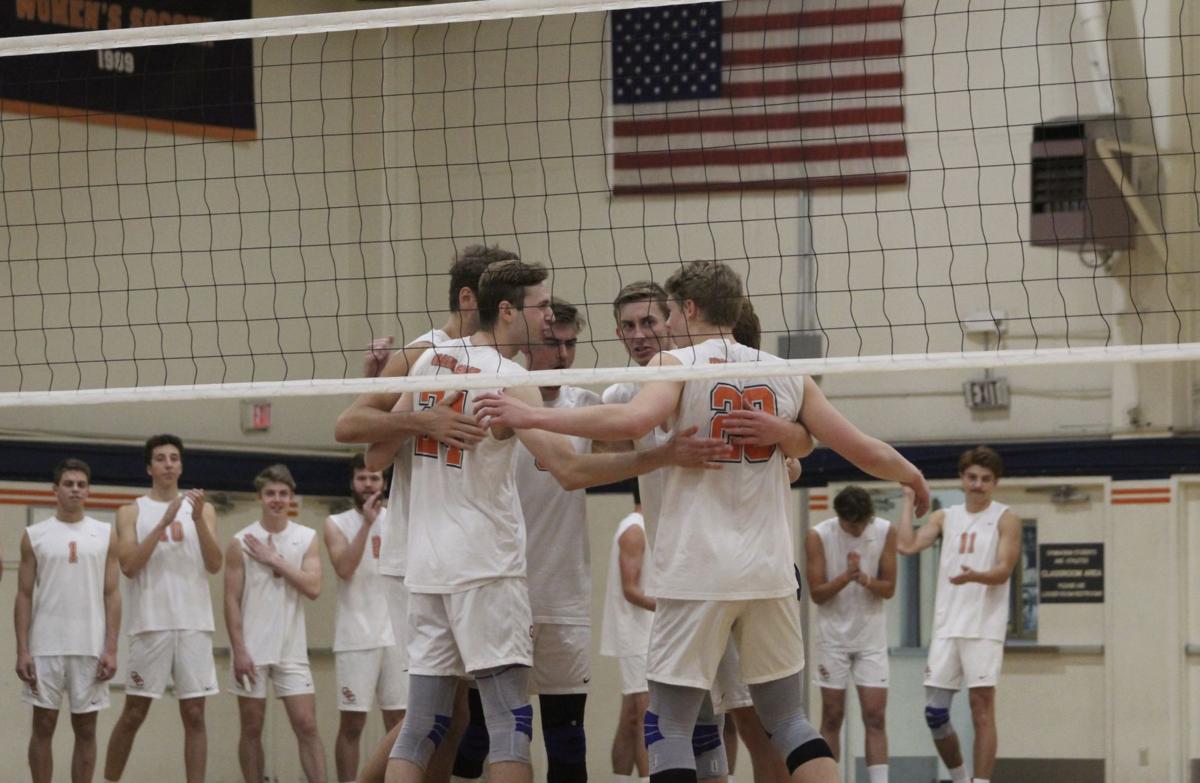 The Pirates were shaken up by Santa Barbara’s relentless defending and intricate passing sequences, which eventually helped the Vaqueros earn a first set victory.

It wasn’t until the middle of the second set when OCC settled into the game, using their experience and dominant strength to pull away from their opponents.

“I thought they played well. They improved a lot and did a good job. We made a few too many errors,” OCC head coach Travis Turner said. “I really like how we steadied out after that. We didn’t let it get to us and I was worried about that.”

Turner hasn’t had much to complain about this season. His team is currently on a 14-game win streak with players firing on all cylinders at the perfect time.

After last season’s state championship victory, a key to OCC’s maintained success has been freshman outside hitter Kyle McCauley, who silenced the Vaqueros with his 20 kills on the night.

“I started a little slow. We all came together in the end, (my teammates) were always supportive,” McCauley said. “I knew they had my back the whole way and I just kept swinging.”

McCauley was pleased with the victory and recognized the chemistry between him and his teammates on the court.

“It feels great. I know how much this means to them. I just know that if I put all of my effort into the game, I know they’re going to be doing the same,” McCauley said.

The Pirates meet a familiar Orange Empire Conference rival in Irvine Valley College (16-5) in the first game of the state tournament on Thursday at Fullerton College. Game time is TBD.

“We’ve beaten them twice. It’s hard to beat a good team three times, but we will see what happens. I’m excited to play them. They are a good team and are well coached,” Turner said.