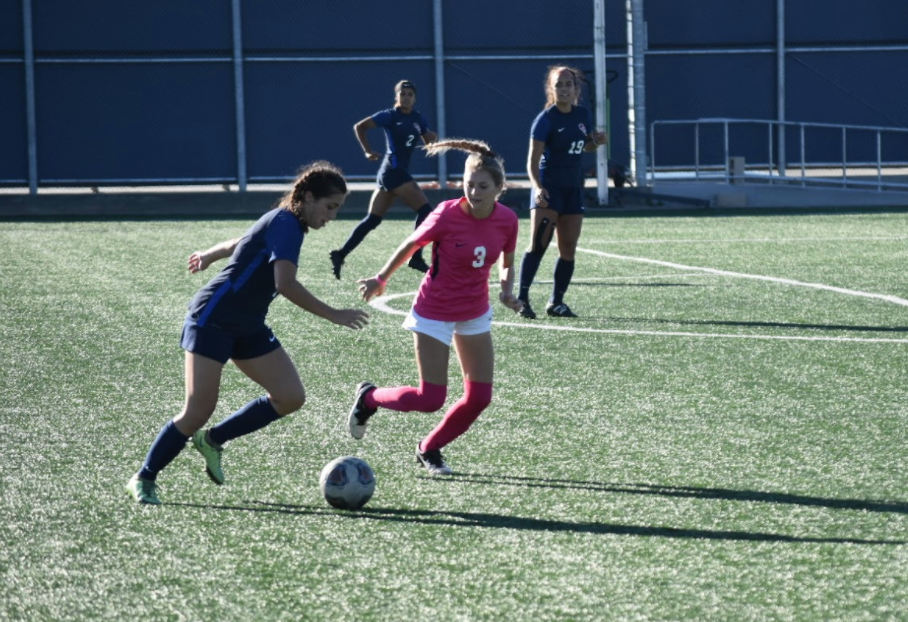 Midfielder Haley Rae plays the ball into Fullerton’s 18-yard box looking for a goal during Friday’s game vs. Fullerton. 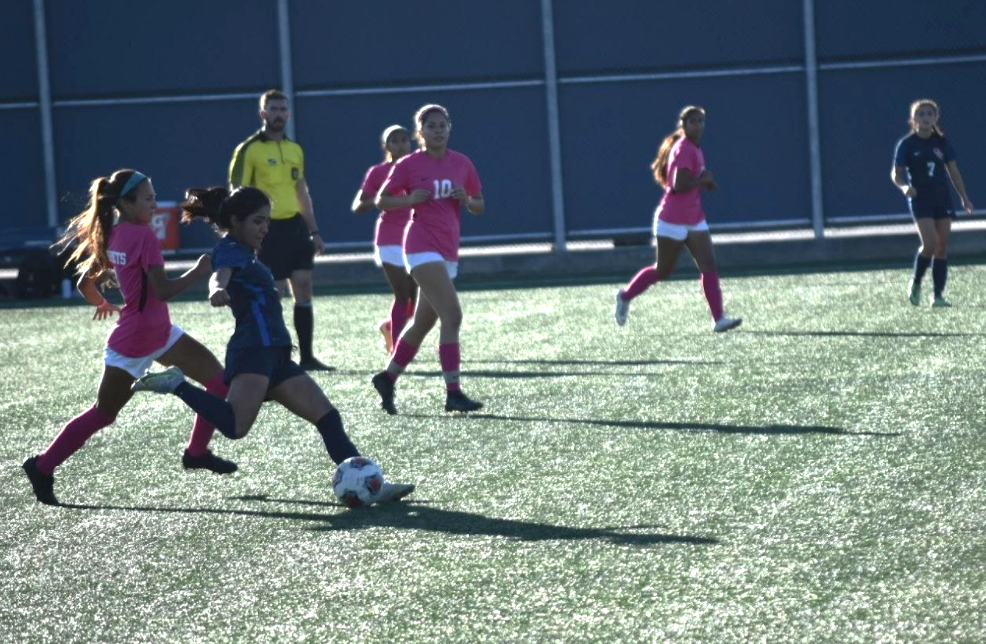 Defender Leslie Salgado plays the ball upfield during the second half of Friday’s match against Fullerton. 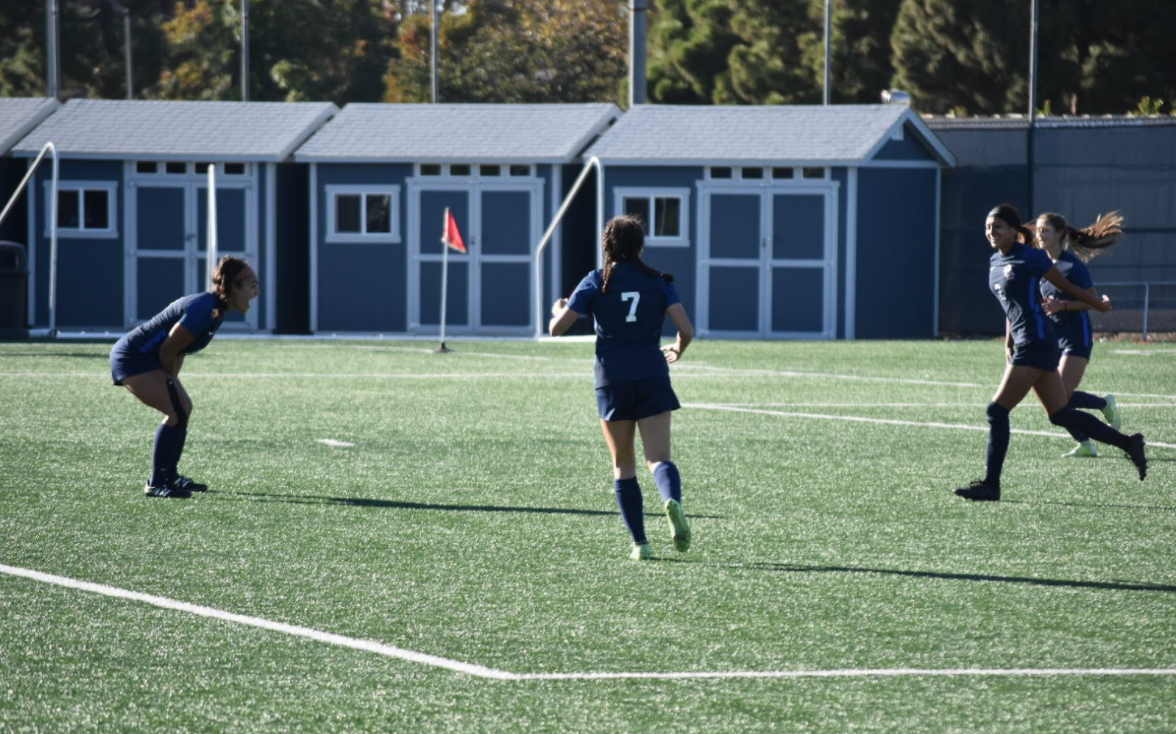 OCC's Savannah Alday (right) and teammates celebrate the only goal of the day vs. Fullerton on Friday.

Midfielder Haley Rae plays the ball into Fullerton’s 18-yard box looking for a goal during Friday’s game vs. Fullerton.

Defender Leslie Salgado plays the ball upfield during the second half of Friday’s match against Fullerton.

OCC's Savannah Alday (right) and teammates celebrate the only goal of the day vs. Fullerton on Friday.

OCC had a busy week with three different conference matches. Including back to back games on Tuesday and Wednesday, and finishing the slate on Friday.

Tuesday’s match against Saddleback ended in a 3-1 loss with the lone goal being scored by forward Samantha Valdez. In the end, the defense could not hold up against the Bobcats’ 17 shots.

The next match was against Cypress on Wednesday and resulted in a 2-0 loss. Again, the team struggled to defend as the Chargers put up 16 shots to the Pirates five.

Friday’s match started off well for OCC, getting pressure on Fullerton’s defense getting four shots on goal. The Hornets didn’t respond well to this and the game began to get physical. Each team went back and forth with hard tackles and strong challenges on the ball, but it all boiled over at the 15-minute mark. OCC’s Cassidy Ortega and Fullerton’s Jiselle Casillas both tackled each other to the ground resulting in both receiving a red card and ejection from the match. From the 15th to 45th minutes the game settled down, only seeing a few more fouls. Regardless, the score was tied 0-0 going into halftime.

With both teams neck and neck coming out of halftime, a tiebreaker was bound to happen – and it did during the 49th minute when the Pirates went on a counter-attack. OCC’s Leslie Dalgado ran down the right wing sending a cross into Savannah Alday who put the ball into the back of the net, giving OCC the lead.

From the 50th minute onwards, the Hornets controlled the tempo determined to equal the score, but the Pirates defense remained true withstanding any attacks on goal. This was exciting to see due to the troubles defending recently against other conference opponents.

OCC’s next game is this week on Tuesday at Cypress. For the schedule and stats, visit the OCC athletics website.