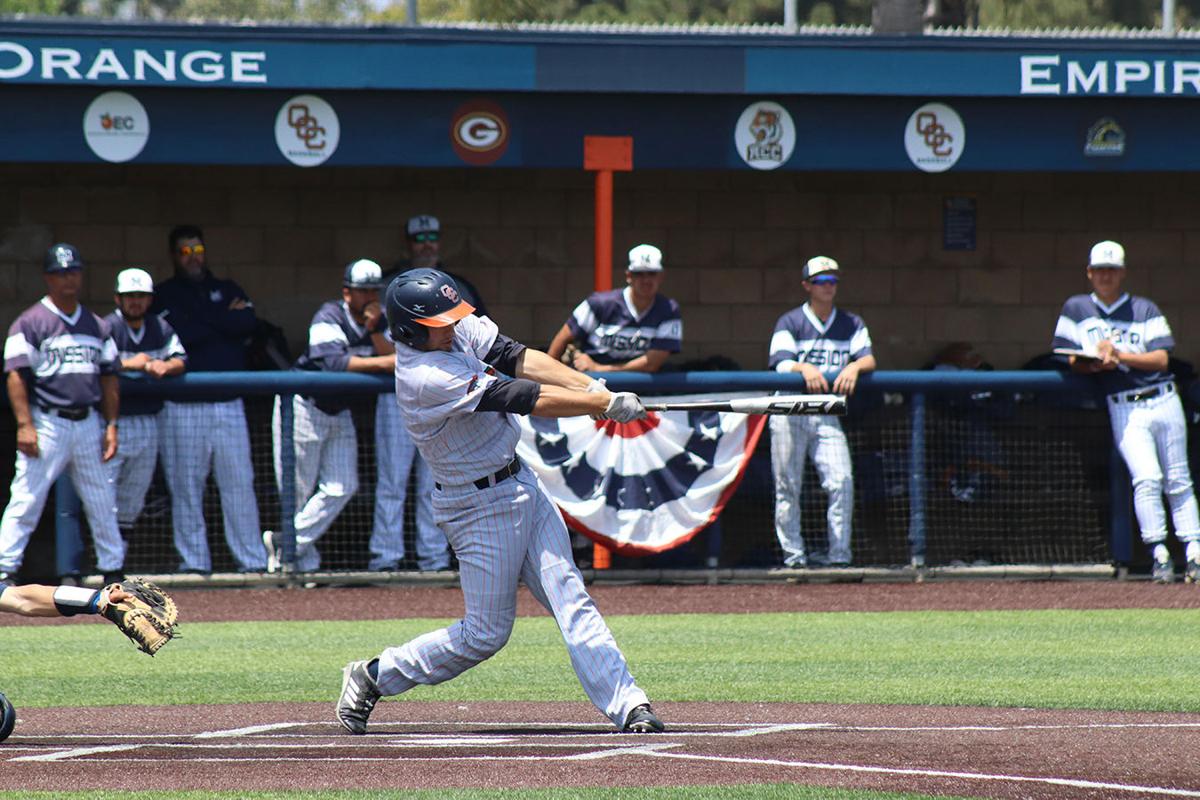 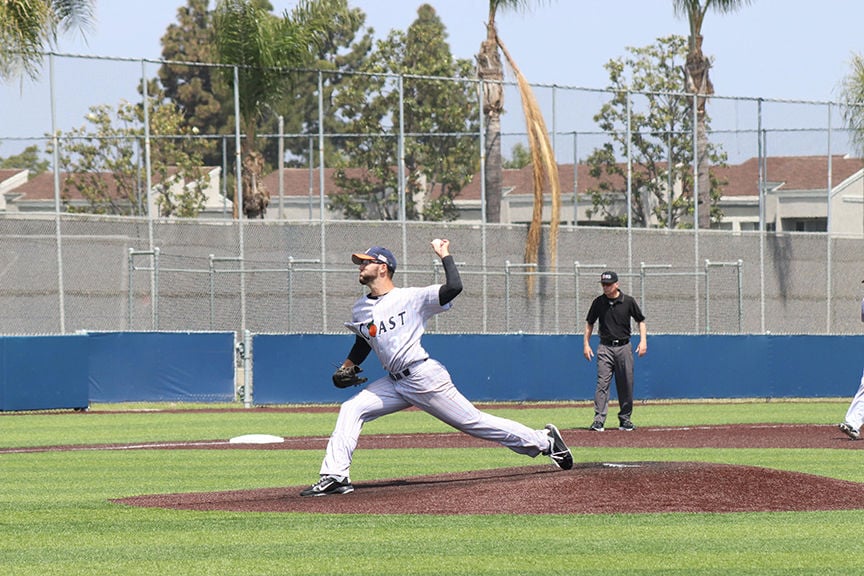 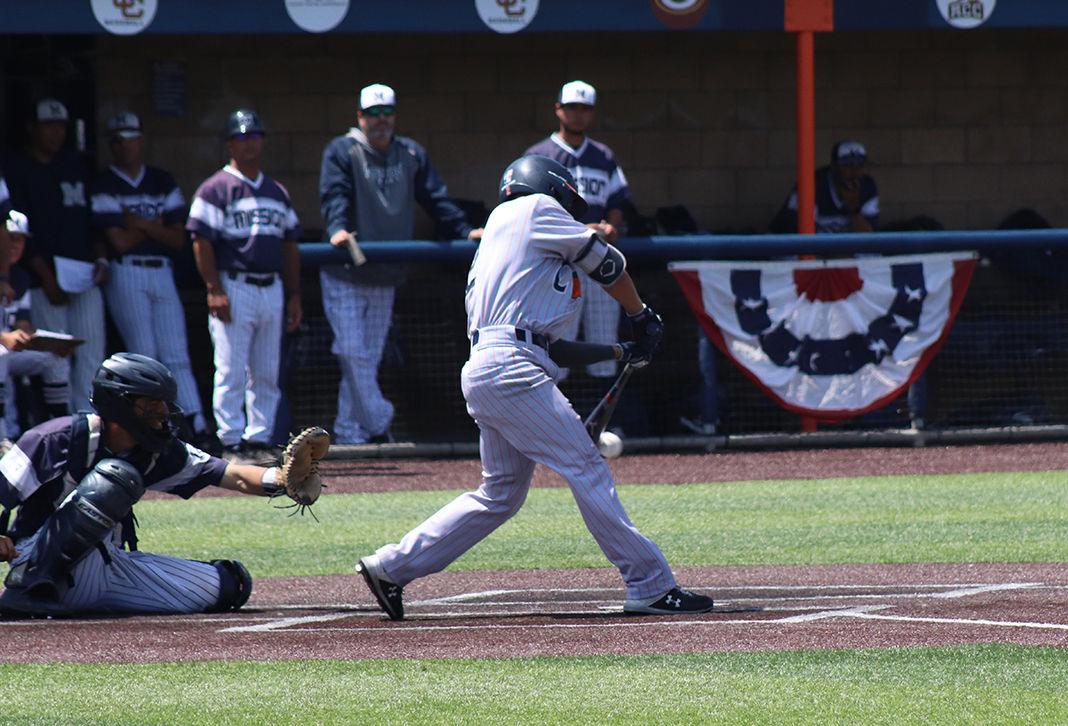 Sophomore centerfielder Skylar Limonchi capped off his 5-6 day with a chopper over the head of L.A. Mission's third baseman. He had one RBI and scored three runs. He posted a .333 batting average with a .455 on base percentage in conference.

Sophomore centerfielder Skylar Limonchi capped off his 5-6 day with a chopper over the head of L.A. Mission's third baseman. He had one RBI and scored three runs. He posted a .333 batting average with a .455 on base percentage in conference.

Orange Coast College’s top-seeded baseball team will move on to the Super Regionals after a 30-run series sweep over the L.A. Mission College Eagles at Wendell Pickens Field Saturday.

The “visiting” Pirates exploded for 18 hits off three different opposing pitchers to secure the victory, 10-3.

Sophomore Skylar Limonchi had himself a day, going 5-6 with three runs scored and one RBI.

Limonchi got the day started early with a leadoff single in the top of the first inning, followed by single by sophomore Tommy Williams. A Davis Delorefice walk loaded the bases with no one out.

A line drive to the second baseman proved critical for the Eagles as they doubled up Williams at second base. Sophomore Murphy Stehly made Pirate fans’ yells turn into cheers as he lined a single into center field, scoring Limonchi to get the offensive explosion started.

After a Stehly stolen base, sophomore Jacob Gentry continued his hot streak with a two-RBI single to right field to take the Pirates up 3-0 before the Eagles had a chance to bat.

“I like the way we’re playing. Our starters are giving us good, quality starts,” head coach John Altobelli said.

All nine Pirate starters earned at least one hit on Saturday, with seven having a multi-hit game. The heart of OCC’s lineup, Tyler Lasch, Stehly and Gentry all went 2-5 with Lasch hitting three RBIs and Stehly and Gentry hitting two each.

“Our guys are swinging their bats and getting hot at the right times and hopefully we can keep carrying that on,” Altobelli said.

The Pirates scored in each of the first five innings.

Limonchi picked up two stolen bases and Delorefice and Stehly also stole an extra 90 feet each in the win.

Relief pitcher Ben Davis earned the win with four innings pitched, giving up four hits and one run while striking out six.

Delorefice came in to close the game in the bottom of the ninth. He had a scoreless, hitless frame.

In the two-game series, the Pirates raked up 18 runs off 30 hits compared to L.A Mission’s four runs off 14 hits.

OCC advances to the Super Regionals and will face off against Long Beach City College in game 1 of the best-of-three series. The first game will take place on Thursday at 2 p.m. with game two scheduled for Friday at 2 p.m. and game three slated for Saturday at 1 p.m., if needed.