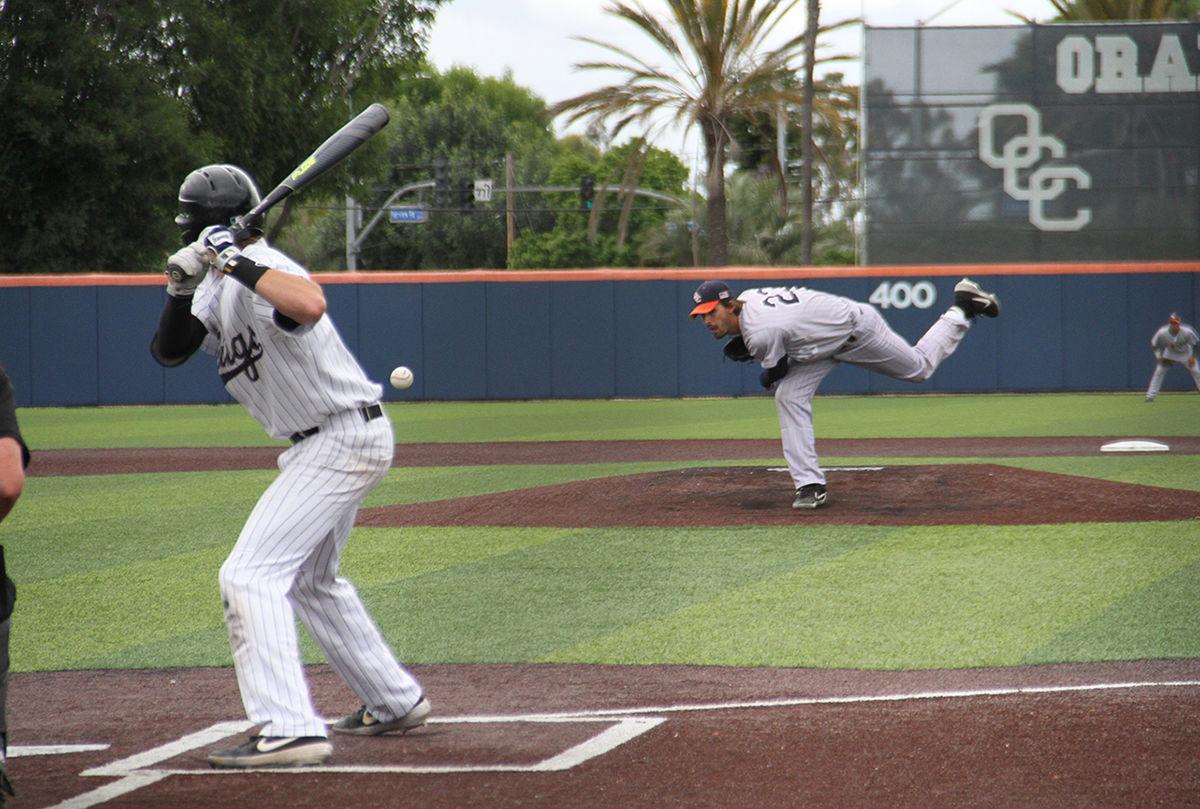 Freshman pitcher Michael Ryhlick throws the ball in his 7 1/3 innings of work during Friday's win at Wendell Pickens Field. 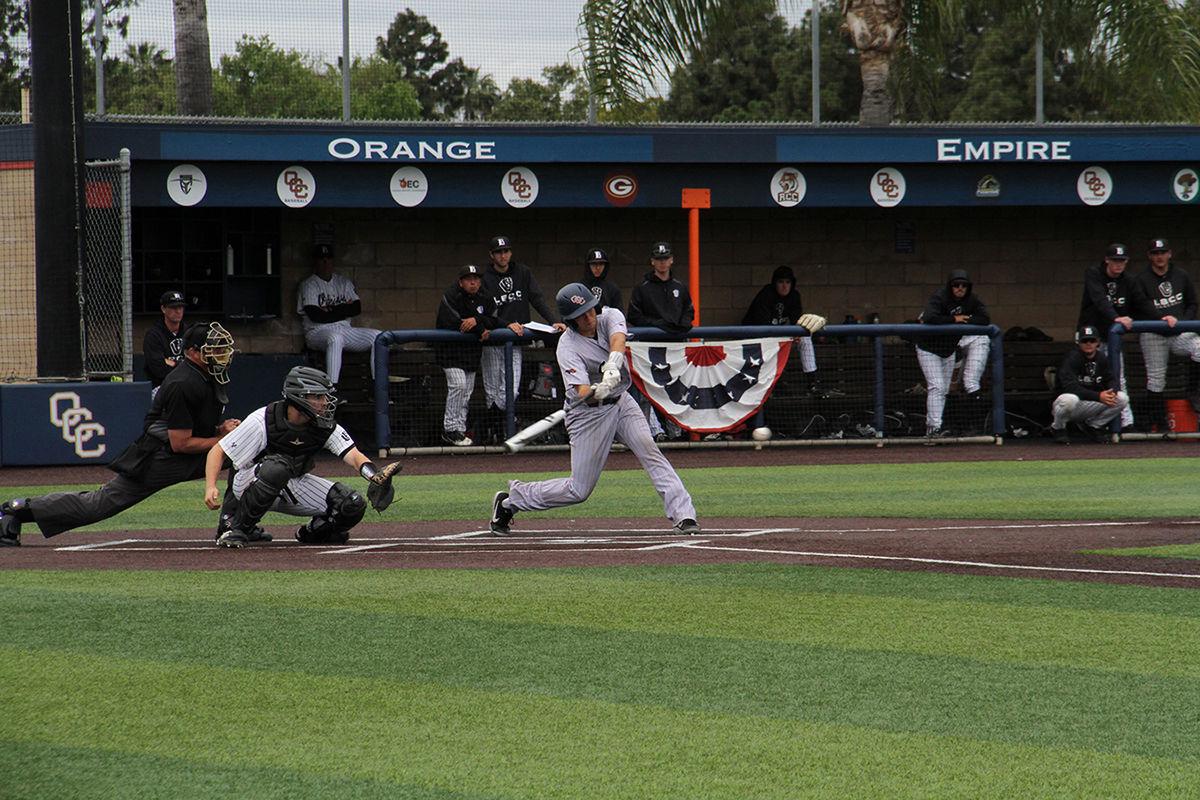 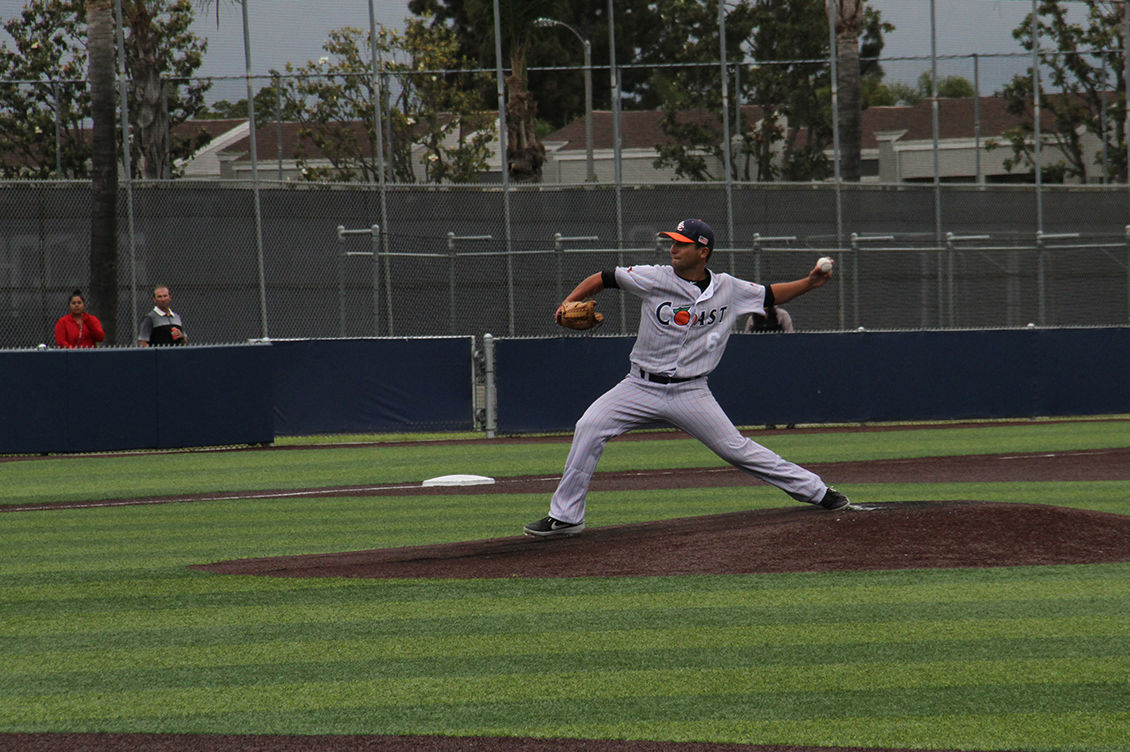 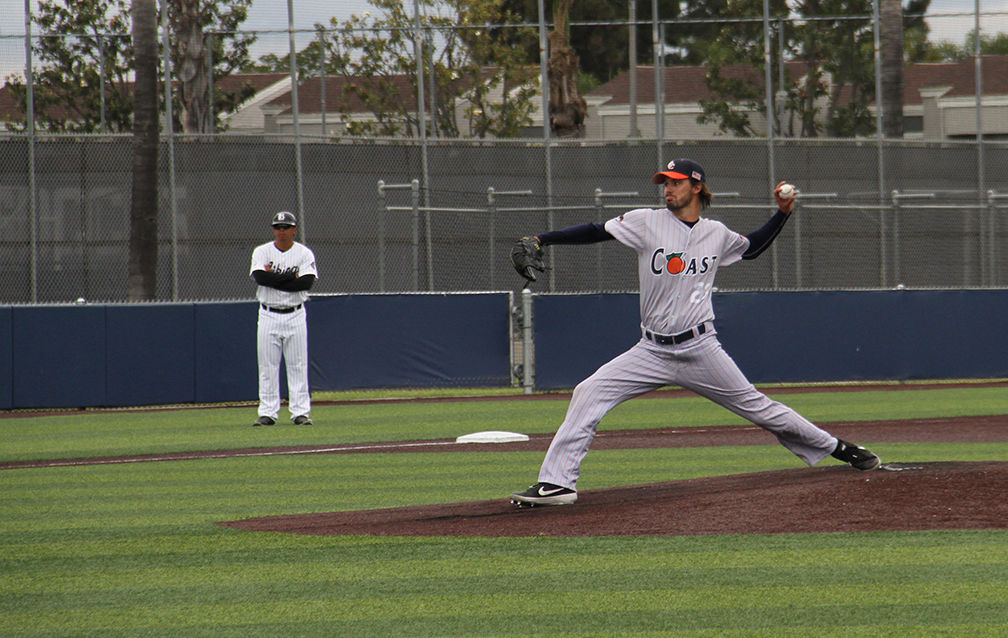 Freshman pitcher Michael Ryhlick throws the ball in his 7 1/3 innings of work during Friday's win at Wendell Pickens Field.

After the Orange Coast Pirates rallied to win in Thursday’s opening game of the best-of three series, the Long Beach Vikings were in dire need of a win to keep its season alive.

To better the team’s chances, the Vikings handed the ball over to its ace Garrett Rennie, who dominated the Pirates’ hitters, taking his outing into the ninth inning by giving up two runs on five hits and five strikeouts. Unfortunately for Rennie, his dominant performance fell short.

OCC’s Michael Ryhlick started his first game since March and he too dominated, in seven and a third shutout innings. The freshman lefty earned his third win on the season, allowing eight hits, two strikeouts and a walk.

Because of the playoff format, Coast was considered the road game although the game was held in its own diamond. The Pirates had an early chance to jump out to a first inning lead but failed to push a run across.

“We knew we would be facing a really good pitcher and had some opportunities early to get some runs and didn’t do a good job with runners on third and less than two outs,” Altobelli said. “Our starting pitching with Ryhlick set the tone.”

The game stayed scoreless until the top of the third inning when catcher Todd Jackson lofted a ball into left field that carried just far enough to graze the top of the wall and past the leaping LBCC left fielder for a solo home run.

Coast’s defense set the tone for the game, including in the fourth inning when the Vikings led off the inning with a single and threatened for more, when third baseman David Morgan dove to his right to snag a line drive out of the air. On the next pitch, Morgan fielded a grounder and started an inning ending double play.

“Good pitching and defense win championships,” Altobelli said. “We knew we were in a dogfight.”

As dominant as Ryhlick was, Coast’s relief pitching slammed the door to seal the victory, with Vince Inman and Davis Delorefice combining one and two thirds innings of hitless work.

In the top of the ninth inning, Delorefice lined the Pirate’s 20th triple of the season to right field and would score OCC’s second run on a wild pitch. The right fielder took the game into his own hands when he made his fourth save in the bottom half of the ninth.

“We beat a good Long Beach team and will live to see another weekend,” Altobelli said.

If Altobelli earns his 700th career win, he will become the 15th head coach in California Community College baseball history to do so. The Pirates hope to give Altobelli this milestone next week when the team takes on Mt. San Antonio at Wendell Pickens Field on Friday at 2 p.m. for the sectionals.