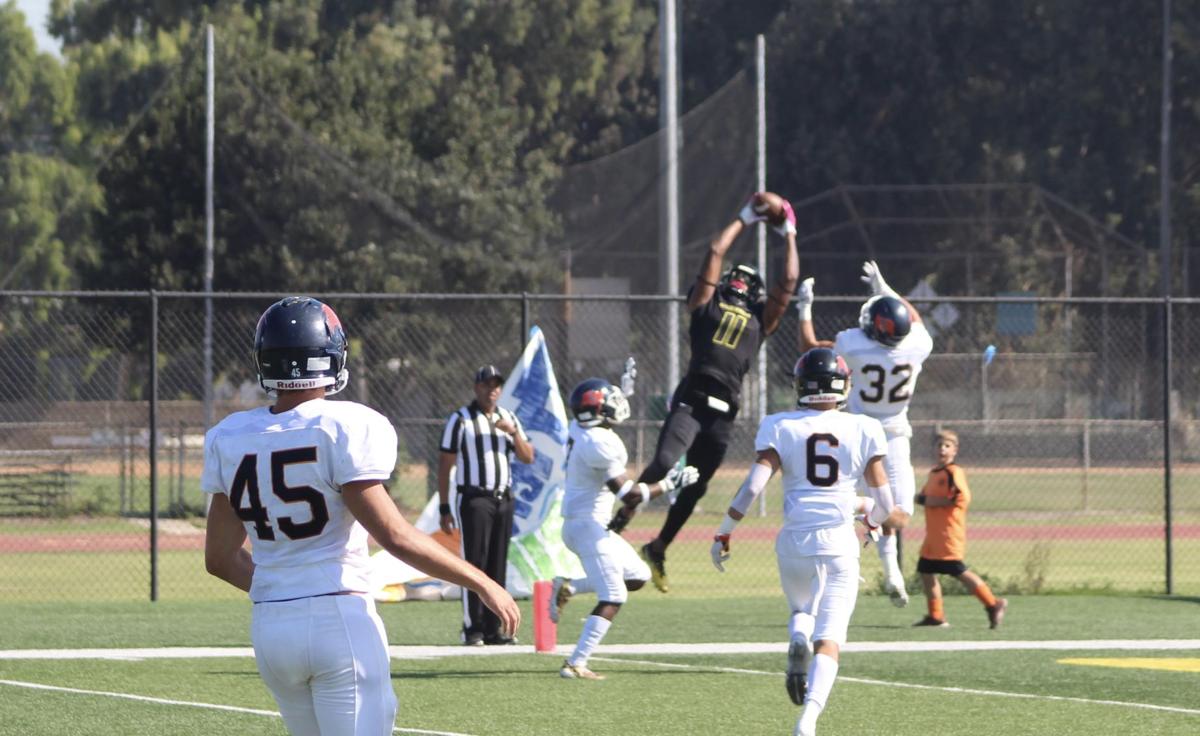 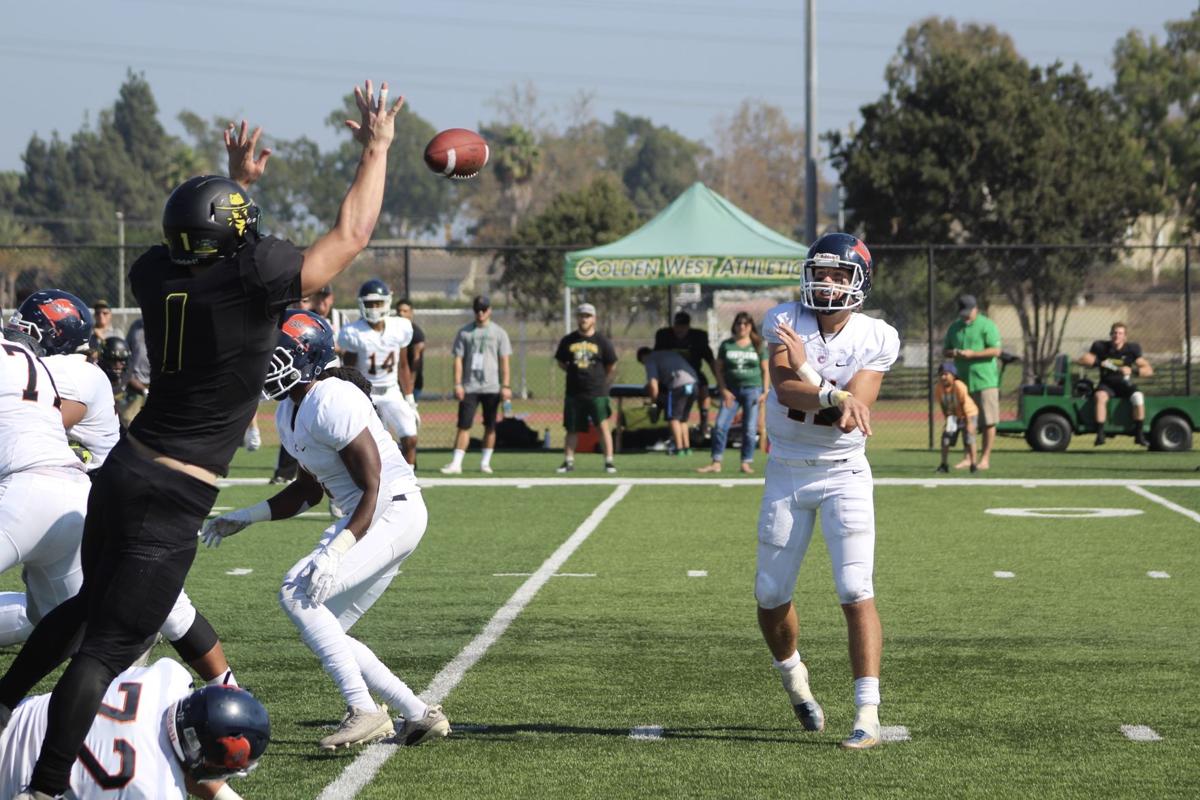 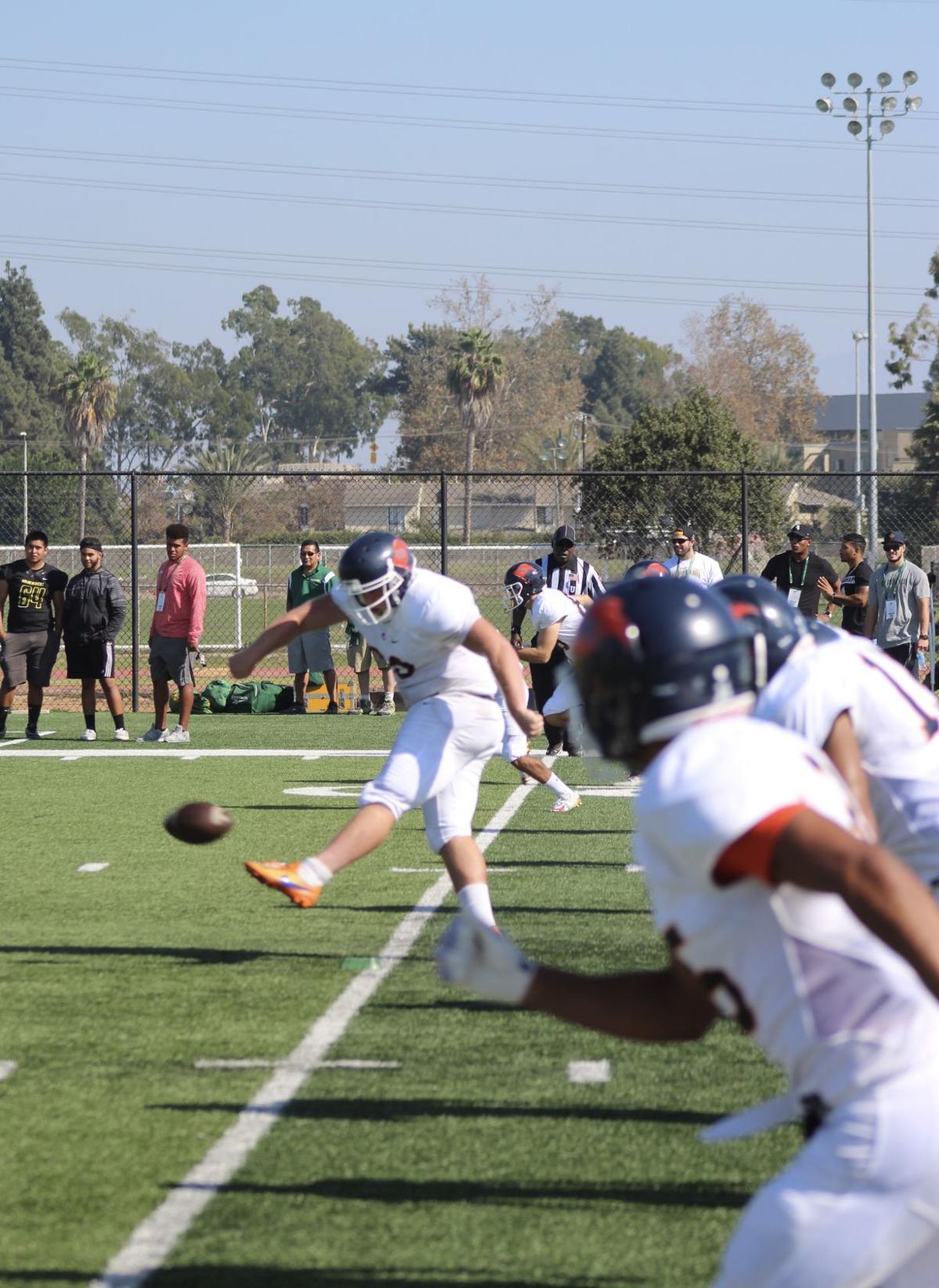 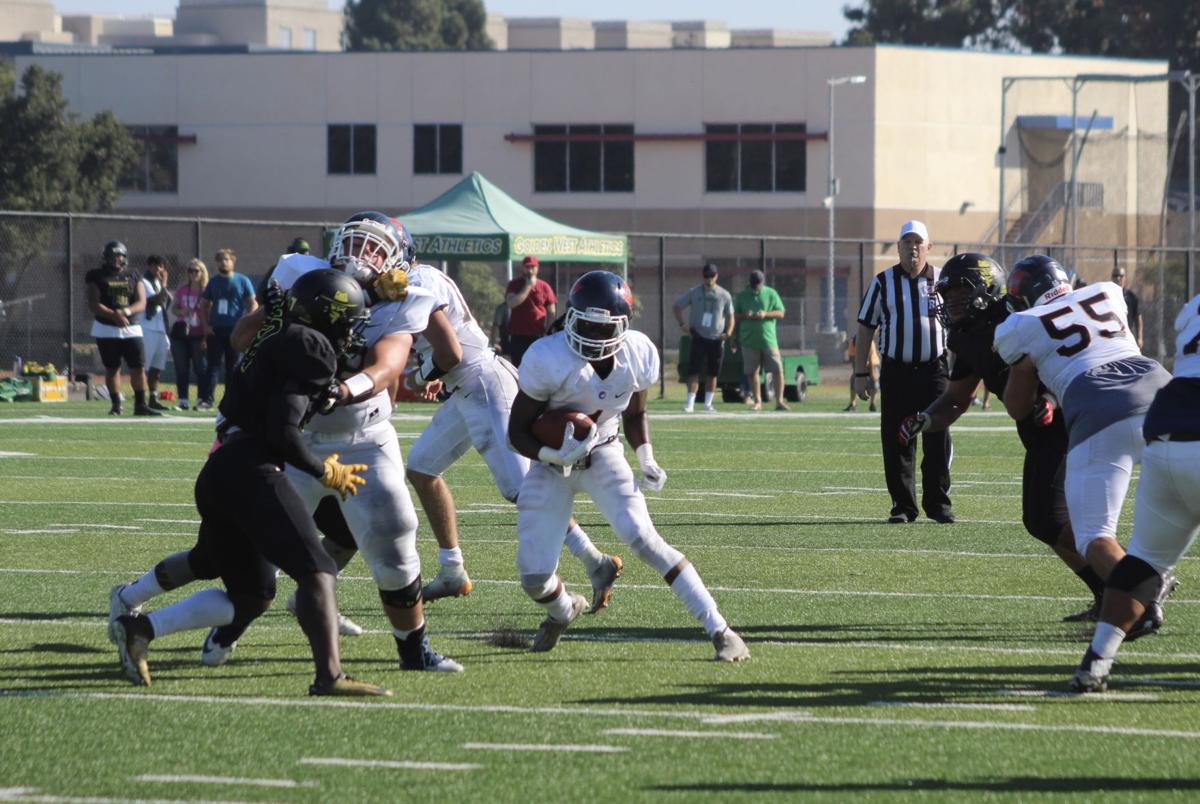 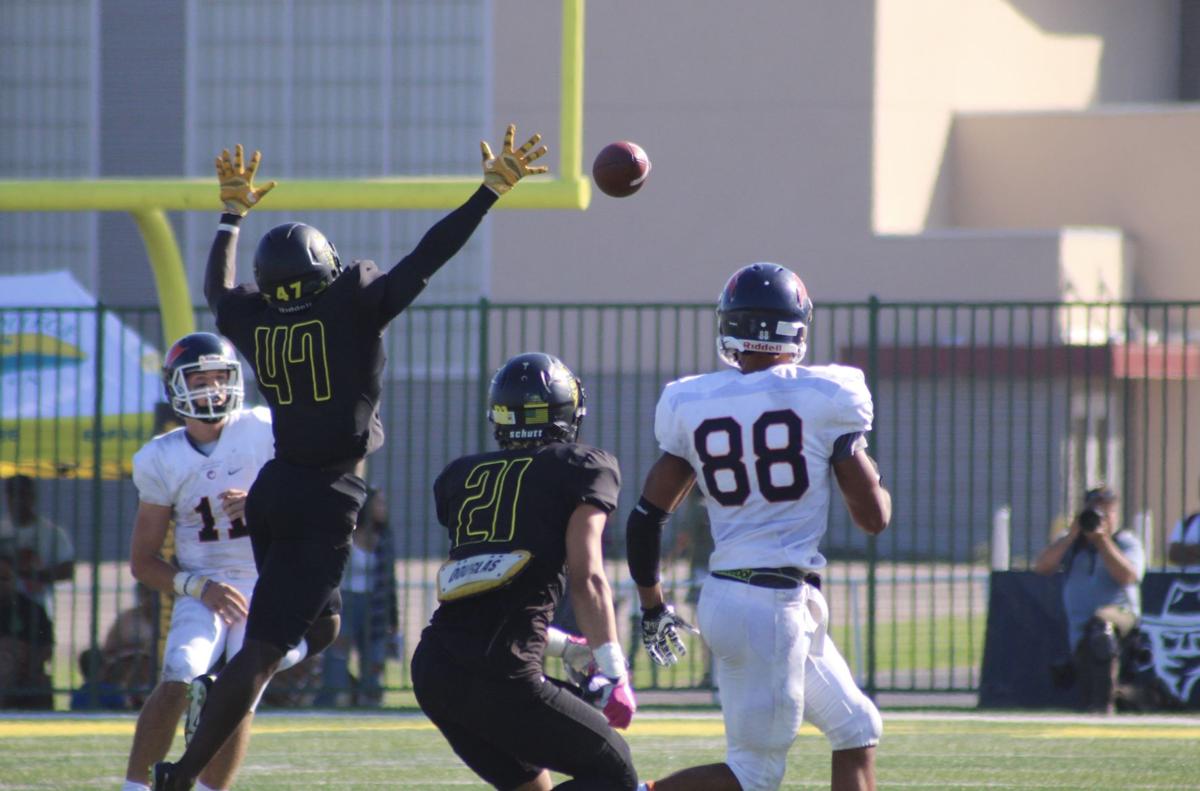 Deep into the third quarter of the Battle for the Bell, the Orange Coast College football team trailed its arch rivals Golden West College 27-13 after OCC sophomore running back Nico Jackson plowed his way into the end zone.

A successful extra point from sophomore kicker Corey Lewis would make it a two-possession game.

As if a deja vu serum seeped through the pores of Golden West's new home turf, a Lewis kick was blocked for the second week in a row. Last week, it had cost OCC the game. This week, it was returned for a 98-yard score by the Rustlers.

Although the return was only worth two points, the play would shift the momentum in Golden West’s favor for the rest of the game, resulting in an easy victory and year-long marriage with the infamous bell.

“They were better than us today,” OCC head coach Kevin Emerson said. “They came out and they executed. For the first three quarters, we kind of had a game there, but the last quarter got away from us.”

“We’ve had some problems there [in the secondary] this year. We are going to continue to address those and try to get better,” Emerson said.

It was OCC’s worst loss of the season. It was bound to get even uglier after they fell behind 20-0 at the beginning of the second quarter.

But the Pirates partially rebounded the only way they knew how, through huge defensive plays and a physical running game.

Both OCC quarterbacks, freshman Nathan West and sophomore Ayden Auer, were under pressure from the outset. West was sacked four times while Auer threw two interceptions.

To be fair, OCC continues to struggle mightily with injuries on both sides of the ball this season.

“Five [injuries] before the game,” Emerson said, after their injury list expanded due to a few more unexpected wounds against Golden West.

OCC will try to salvage their season against another quality Orange Empire Conference opponent in Fullerton College on Saturday at 1 p.m.

“They are hugely talented. This is an opportunity for us. We’ve got nothing to lose and everything to gain,” Emerson said. “We will just go out there, fly around and have fun.”