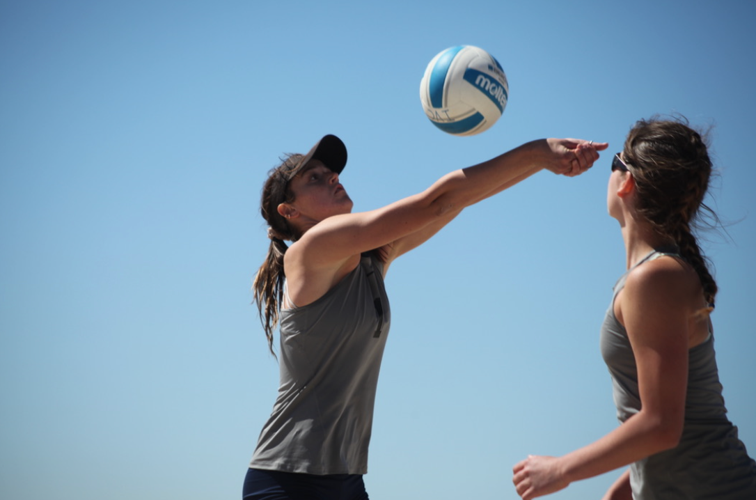 OCC’s No. 1 duo, freshmen Alanna Shields (hitting) and Sophia Sola set up a return against Irvine Valley College on Friday. 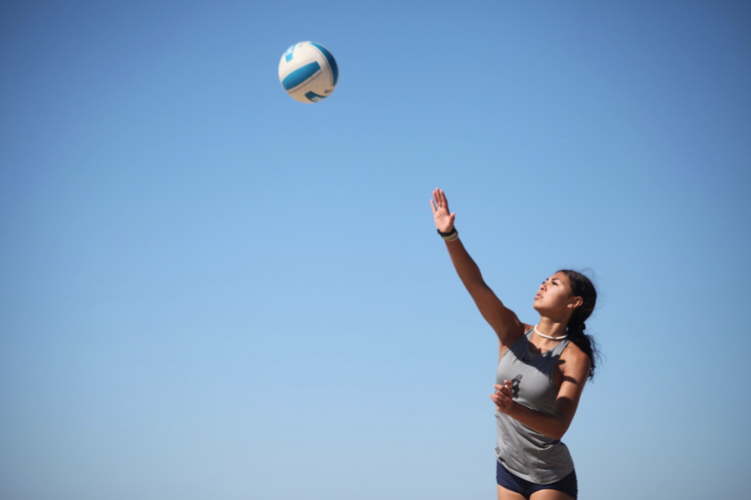 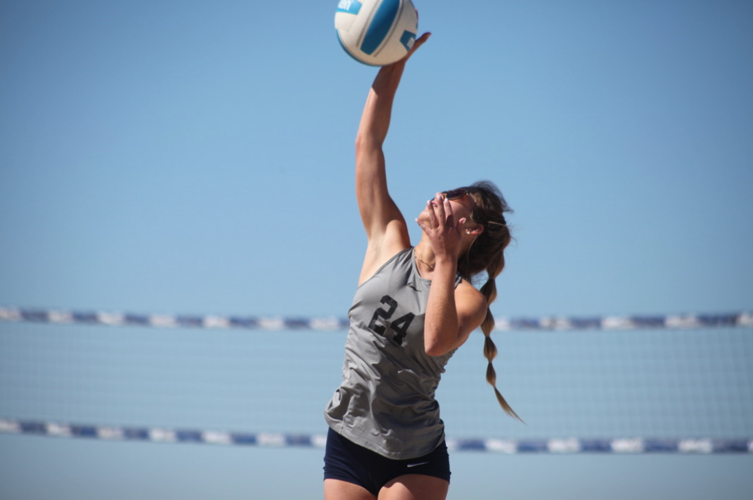 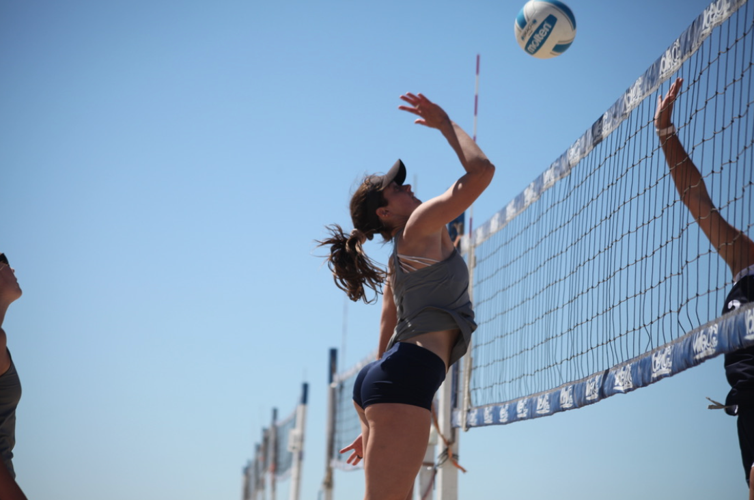 Pirates freshman Alanna Shields attempts a block against IVC in the No. 1 pairing. 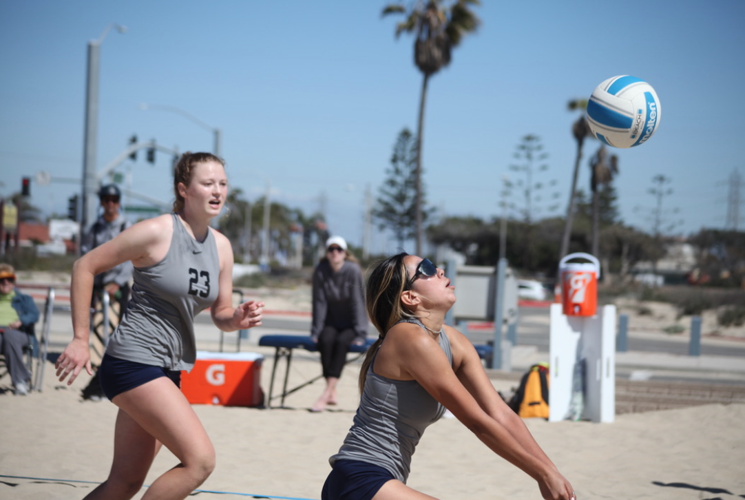 OCC’s No. 1 duo, freshmen Alanna Shields (hitting) and Sophia Sola set up a return against Irvine Valley College on Friday.

Pirates freshman Alanna Shields attempts a block against IVC in the No. 1 pairing.

Orange Coast College’s flawless beach volleyball season was put to the test this weekend against a team that had not lost a game in this decade.

After just three matches, the Pirates clinched an overall victory over Irvine Valley College, and finished with a 3-2 win at the Newland Beach Volleyball Courts on Friday.

It was the Lasers’ first loss since the 2019 CCCAA State Semifinals, and the programs’ first  defeat at the hands of an Orange Empire Conference opponent since the 2016-2017 regular season.

“This might end up being a huge win for us,” OCC Volleyball head coach Chuck Cutenese said. “We all know that IVC is a strong program, so it just builds our confidence, and it’s going to pay off when the season is over and we start doing [playoff] seeding.”

Entering Friday, the Pirates had not dropped a single match in their team competitions this year, and were touting a pristine 20-0 individual record. To start the rivalry game, Coast won three straight matches — all in two sets — against the Lasers.

Freshmen Emily Payne and Izzy Duchaine, neither of whom were in OCC’s five competitive pairs before the IVC matchup, became the deciding duo in the team's victory against their conference rivals.

“For [Payne and Duchaine] to step into the role of having to win to contribute is huge,” Cutenese said. “I think they did a really good job and I think they had a lot of pressure because that was the first match they had to do that.”

The Pirates pulled off the upset without freshmen Summer Hanks and Sara Enright, two of OCC’s perennial starters. Because of the personnel switch, Coast debuted four unique pairings against Irvine Valley that had never played with each other before Friday.

With the day already clinched after three matches, there was no pressure when IVC rallied to win the last two matches of the day, with pairs No. 3 and No. 1.

In the premier contest between OCC and IVC’s No. 1 pairs, freshmen Alanna Shields and Sophia Sola fell 16-14 in a three-set battle with the Lasers’ first-year duo of Emily Guenter and Jaclyn Sanchez.

Coast will go on the road to play conference rival Riverside City College next Friday at 10 a.m., but the effect of the team’s win against a blue chip program like Irvine Valley is going to be felt for quite a while.