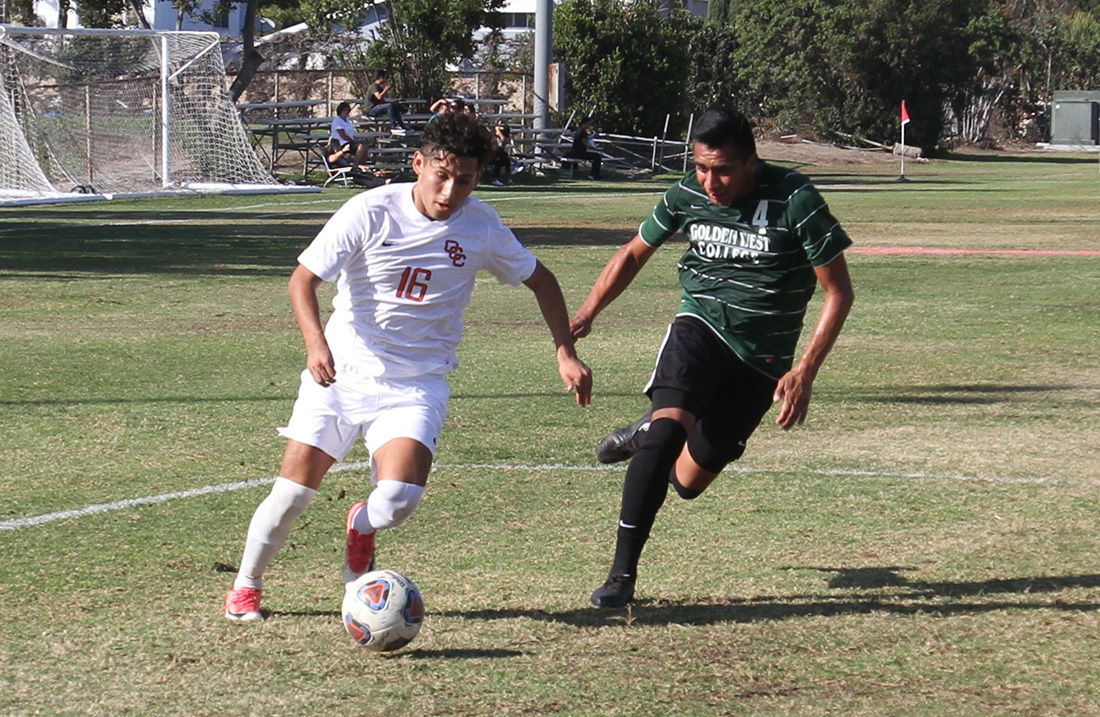 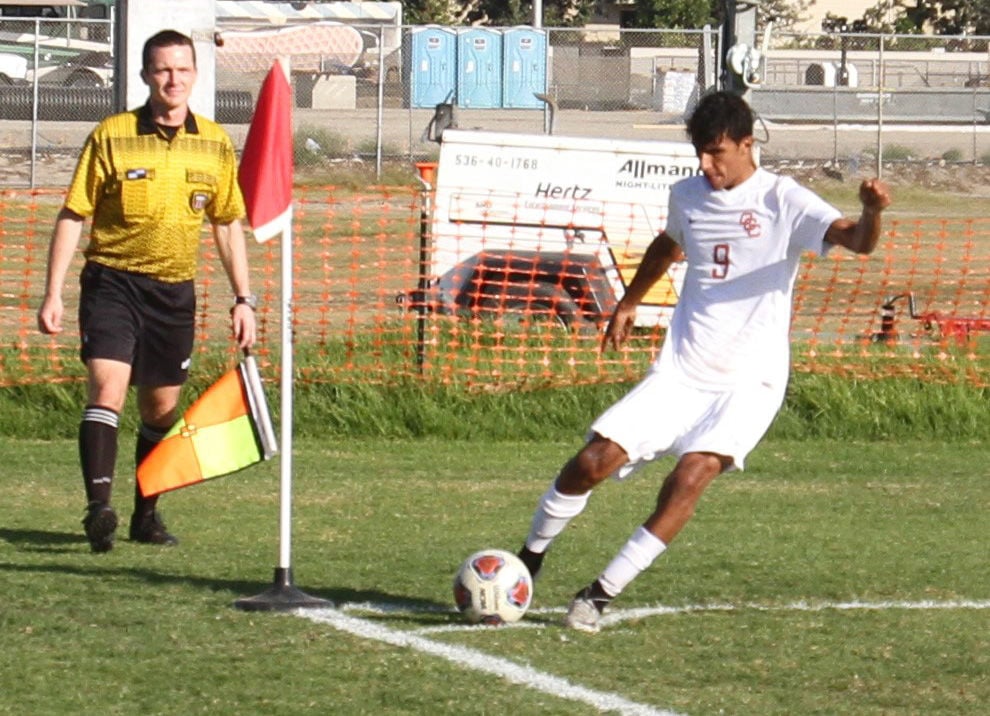 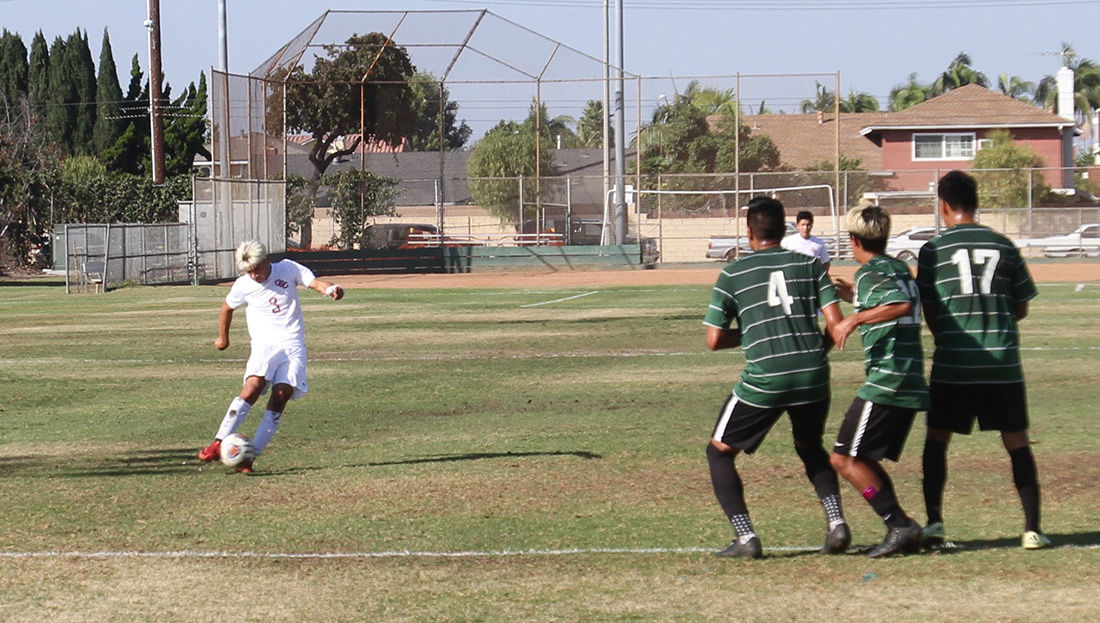 Nicholas 'Chico' Cardenas, a sophomore forward, takes a shot from a free kick during Tuesday's 4-1 loss at Golden West College.

Nicholas 'Chico' Cardenas, a sophomore forward, takes a shot from a free kick during Tuesday's 4-1 loss at Golden West College.

The Pirate midfield got off to a shaky start, not being able to connect the final pass to its forwards, sophomore Nicholas “Chico” Cardenas and freshman Alexsis Garcia.

“We played alright. I thought we did some good things, but we were not good in either box and gave up goals that they took advantage of and we didn’t score our chances, and that’s the name of soccer,” assistant coach Glenn Strachan said.

After an hour of the game and three Golden West goals, the Pirates finally got themselves on the scoreboard with a free kick from near midfield that found Garcia, who leapt in the air and let the ball find the inside of his foot mid-air and straight into the goal.

Coast had the first scoring chance for both teams 15 minutes in, when a long throw-in from the final third of the field made its way into the crowded 18-yard box, getting past the goalkeeper, but to the Pirates’ dismay, a Golden West defender backed up his goalie and cleared the ball out of harm’s way with a last-second header on the goal line.

One minute later, the Rustlers took that momentum all 100 yards down field to earn a corner kick that would ultimately find the back of the net for an early 1-0 lead.

“They had set pieces they scored on, both the corner kick and the free kick outside the box,” Strachan said. “We were not great on set pieces on both sides of the box.”

As expected from two rivals, the match was nothing short of physical, which allowed for ample opportunities from set pieces, but Coast couldn’t convert.

Cardenas towered over the ball in the 25th minute facing a four-man wall of Golden West defenders just outside of the 18-yard box and fired a shot wide left of the goal — a recurring theme for the Pirates.

Freshman goalkeeper Thiago Lino Da Costa had an active game, often saving the first shot from the Rustlers, but not being able to hold on to the ball, allowing Golden West to have a second chance to find the back of the net, and they did.

Da Costa made a spectacular one-handed save to force a Rustler corner kick with five minutes of the game left to play but on that corner, Golden West demolished all hope of a last second Pirate comeback with a fourth and final goal.

Sitting at 5-5-1 and fifth place in the Orange Empire Conference, the final three games are crucial for the Pirates to make a playoff run. On Friday, Coast will head to third place Santa Ana College in a must win game to keep their season alive.

“We have to finish our chances we make, and make sure they don’t get chances by defending better,” Strachan said. “We have to keep playing hard.”