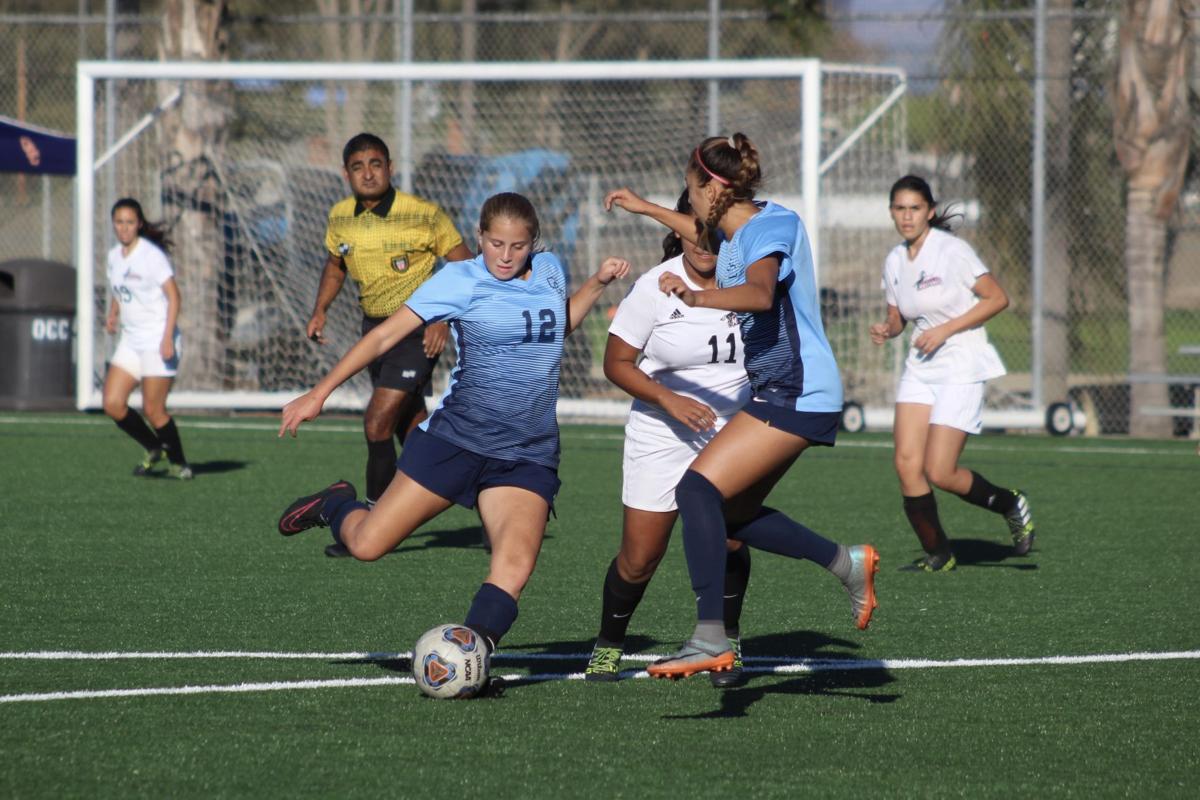 Freshman midfielder Madison Benjamin fires a shot towards goal as sophomore forward Lupe Rodriguez jumps out of the way. 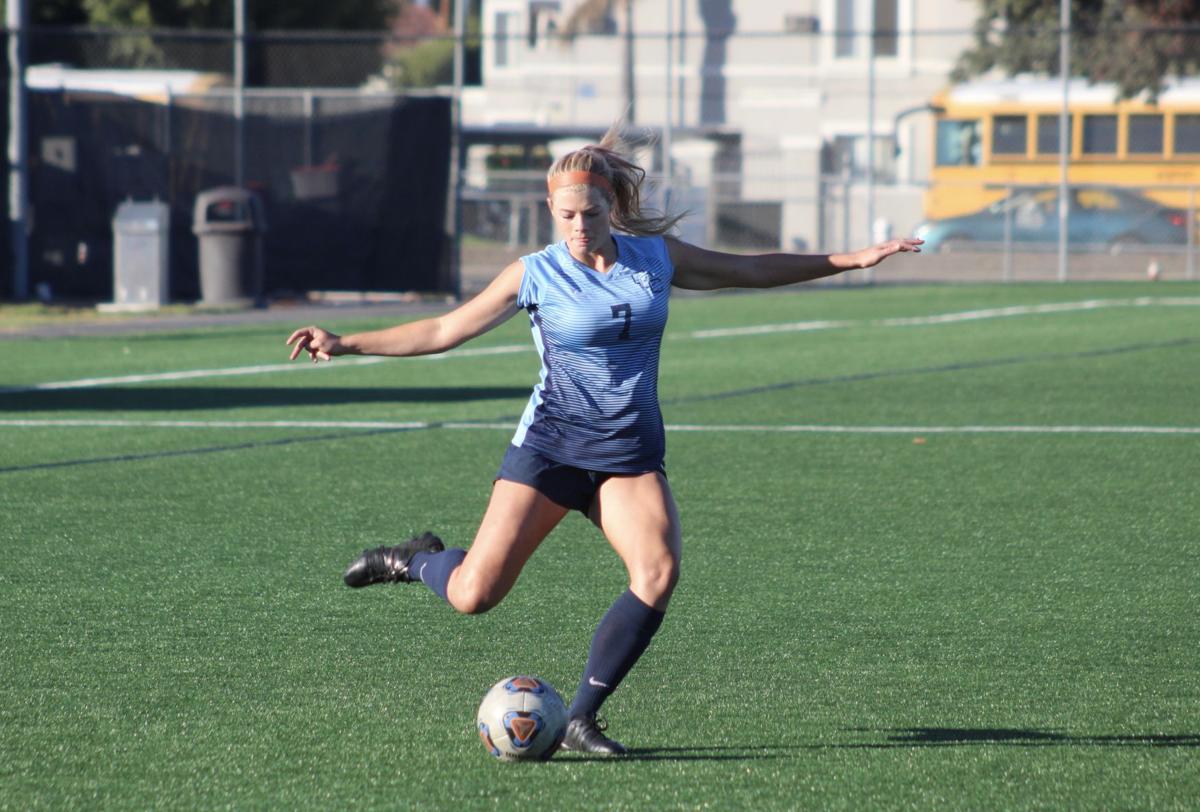 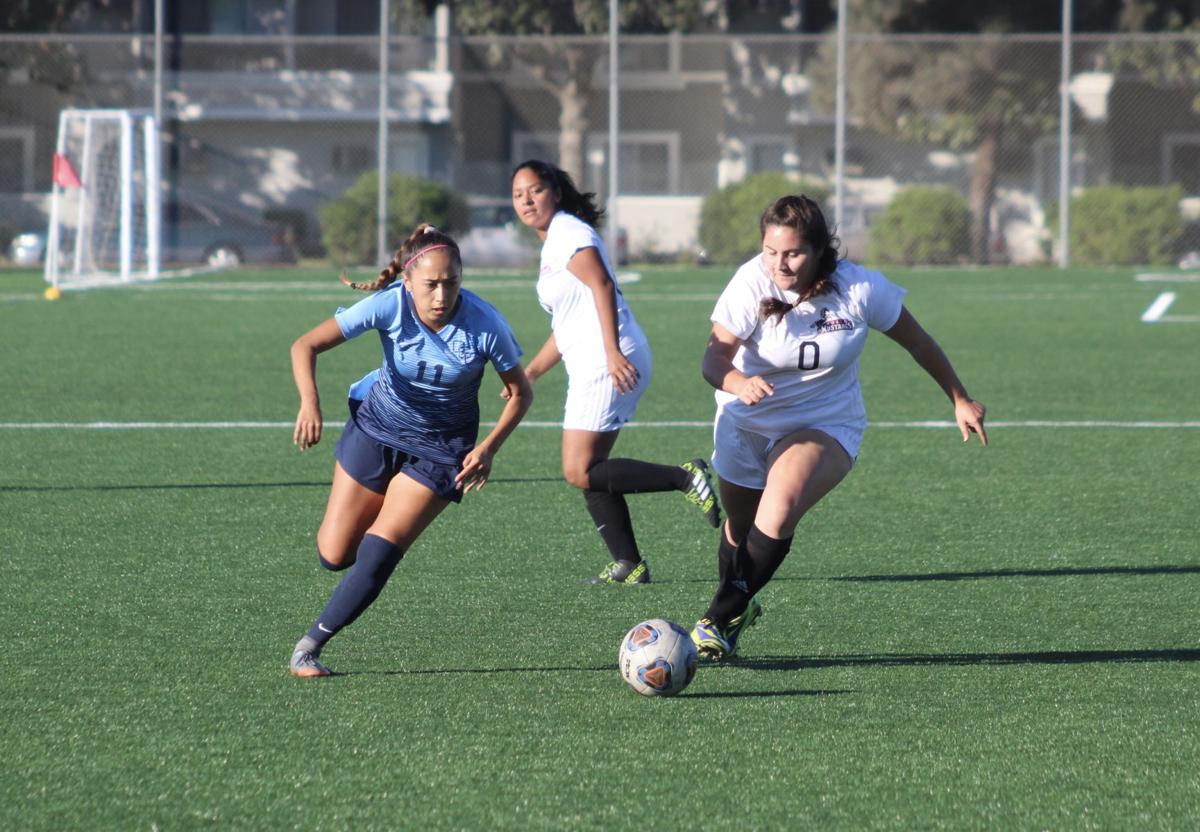 Sophomore forward Lupe Rodriguez speeds past a Norco defender, ready to send a cross towards goal.

Freshman midfielder Madison Benjamin fires a shot towards goal as sophomore forward Lupe Rodriguez jumps out of the way.

Sophomore forward Lupe Rodriguez speeds past a Norco defender, ready to send a cross towards goal.

The Orange Coast College women’s soccer team felt confident going into its final game of the season against Norco College that earning a win was virtually guaranteed.

Norco have been outscored 73-3 in conference play, and its two wins on the year came from opponents who finished their respective seasons winless.

OCC won effortlessly 4-0 and because most of the roster got playing time, the game was a much need warm-up match before Coast enters the playoffs as the eighth seed in California.

“I’m pleased with the fact that everyone got to play and everyone is healthy. Now we need to move on and concentrate on playoffs,” head coach Kevin Smith said.

Two of the goals of Thursday came off set pieces, while the others were somewhat scrappy compared to the flurry of clear-cut chances OCC failed to put away.

“I’d like to see more goals in the run of play,” Smith said. “We had a ton of chances. For the most part we need to work on our finishing.”

Smith found it hard to complain however, as his team did what was asked and then some. Coast came firing out of the gate, taking advantage of Norco’s sloppy defensive positioning with four shots on target in the first 10 minutes.

Sophomore forward Lupe Rodriguez showed her worth with two goals and an assist on the night. Her ability to fly past defenders and pick out the right pass under pressure gave Norco defenders no room for error.

Her eye for goal forced her teammates to linger in the 18-yard box, knowing a powerful Rodriguez cross would find them soon enough.

Smith was proud of his team’s performance during the regular season and believes they can do great things this postseason.

“We had some great results we were a very tough team to beat. I’m looking forward to the playoffs. I think we are going to do really well. We have the right mentality and work ethic,” Smith said.

OCC, depending on how the seeding is drawn out, look to host the first round of playoffs on Saturday. Game locations and times will be confirmed on Tuesday.