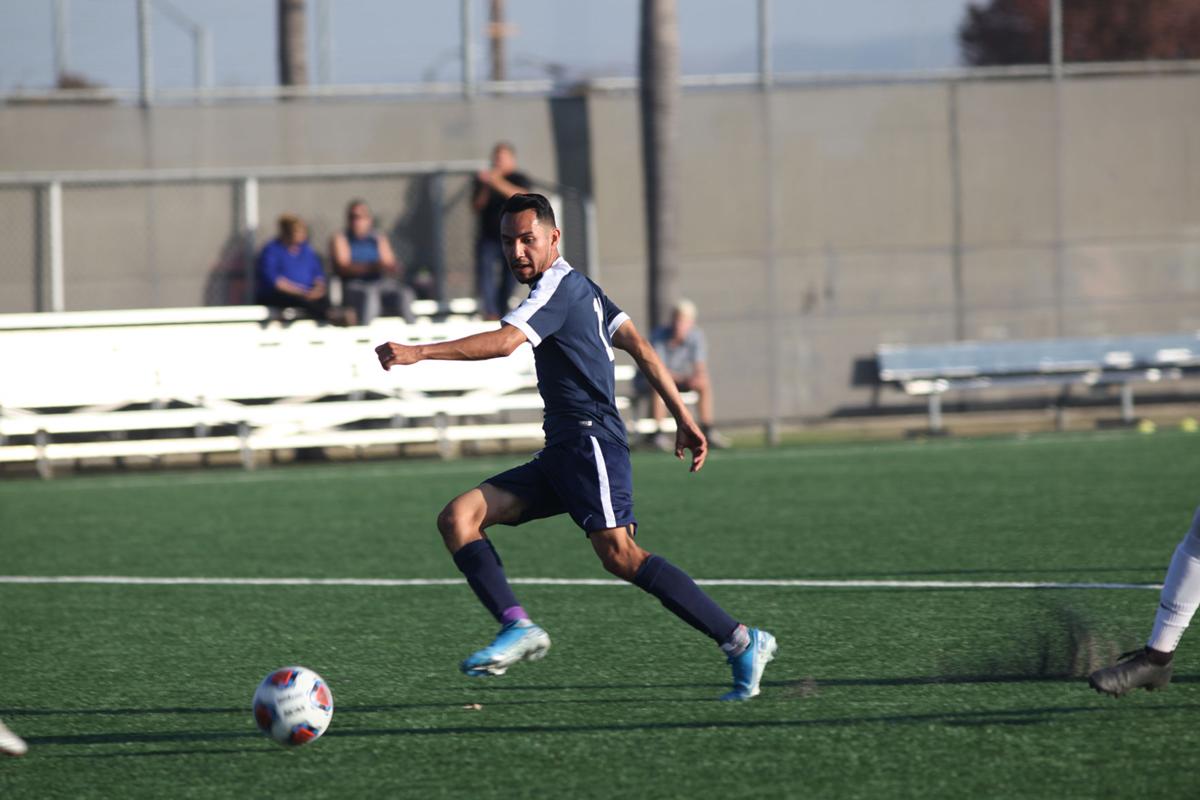 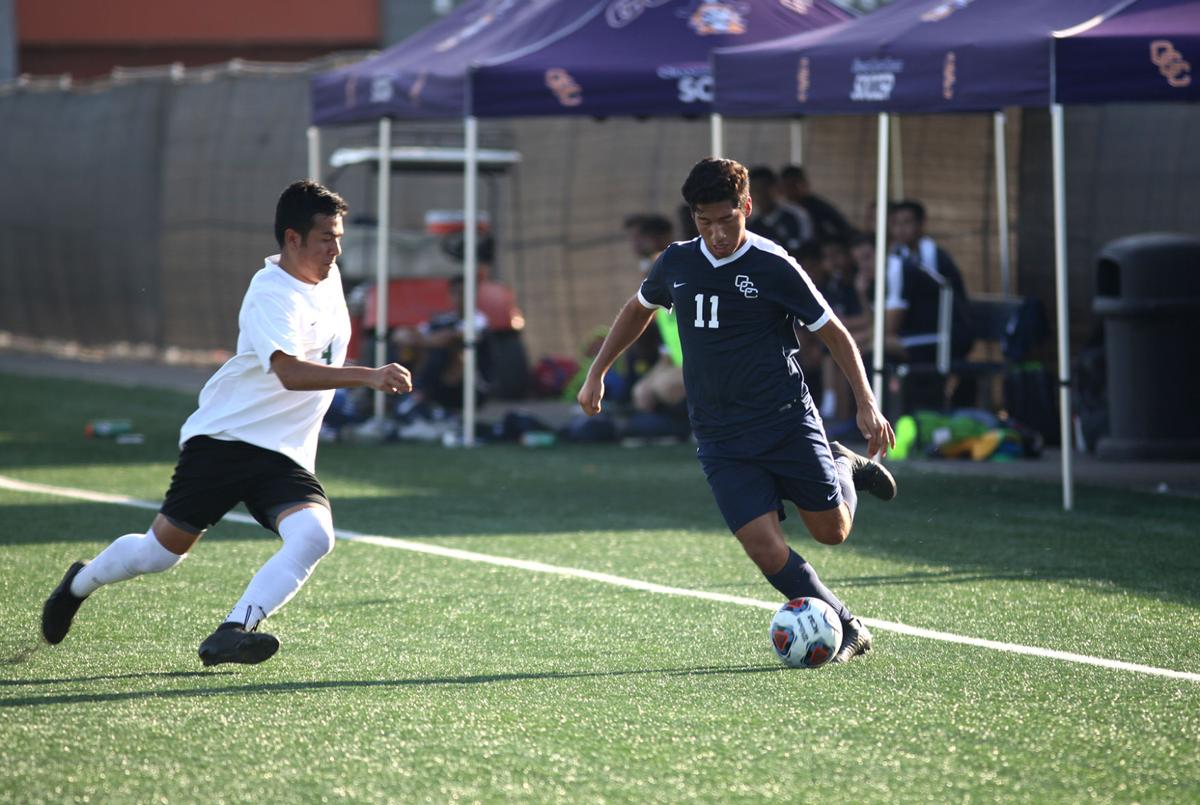 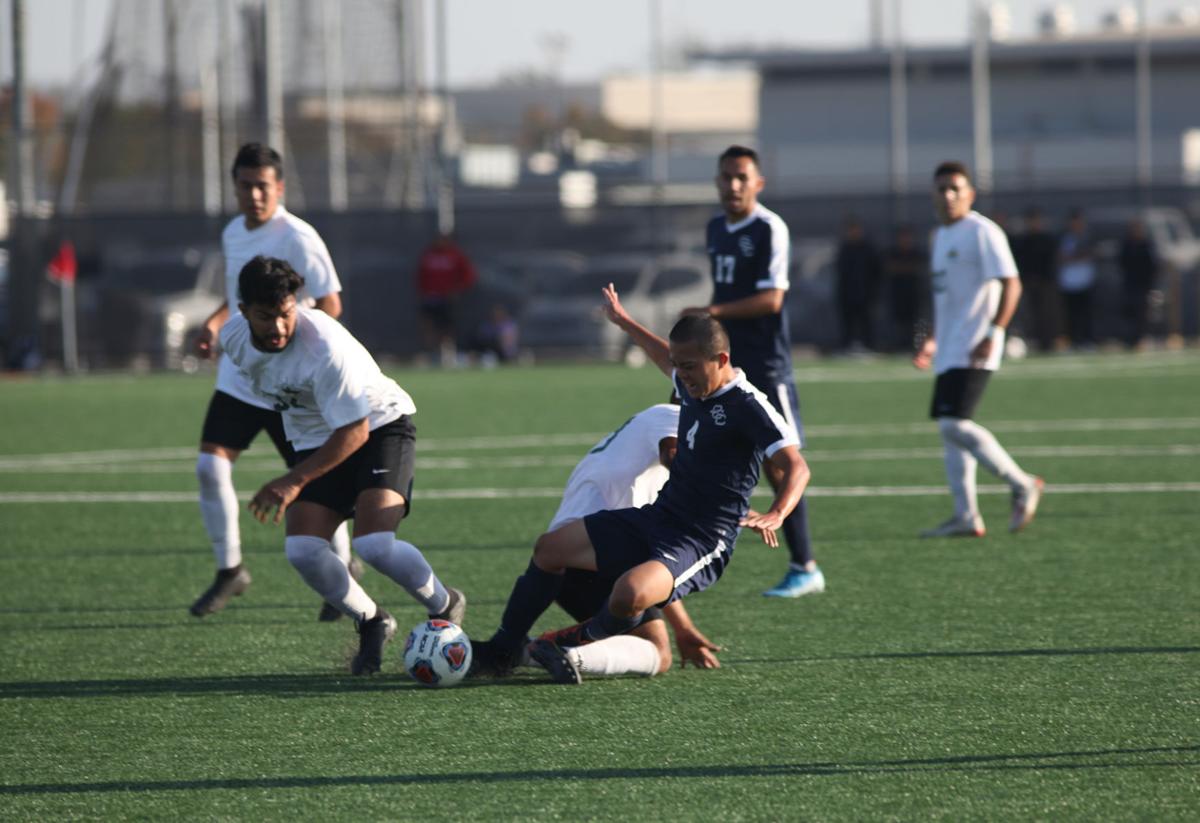 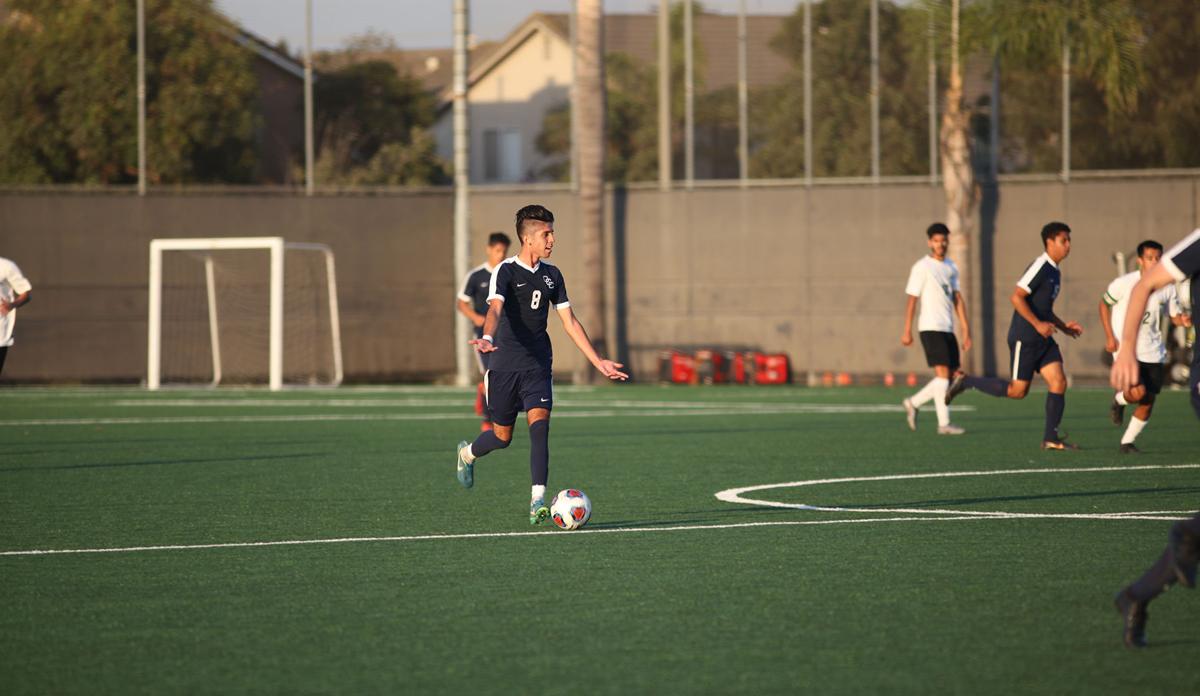 The Orange Coast College men’s soccer team found itself in a fiery clash at home against rival Golden West College Tuesday in a 3-3 draw.

With both teams in a deadlock atop the standings in the Orange Empire Conference, emotions were at an all-time high — not just for the players — but for the fans as well.

As freshman forward Danny Vargas netted the game-tying goal from a penalty kick in the 78th minute — his second goal of the game — the Rustler defense and fans at the OCC Soccer Complex got into an altercation. Campus Safety and Athletic Director Jason Kehler broke up the bench-clearing scramble and ejected every single fan in the stands for the remainder of the game.

Before the fans were forced to watch the game through the fence from the parking lot, OCC lost itself in the second half, fouling frequently and often, amassing six yellow cards and one red card in the half. The two teams both had 13 fouls each by the end of the match.

“We stopped playing and getting caught up in the emotions of the game and made some silly fouls,” Strachan said. “We got some silly cards and now we are in a little bit of trouble.”

A match of two distinct halves, Coast dominated possession in the first half, but allowed GWC to score in the 26th minute, stemming from an OCC foul where Rigo Cuevas slotted the ball into the corner of the net, to jump out to an early lead.

Taniguchi and his crafty footwork carved up the Rustler defense just 90 seconds later and scored his fifth goal of the season which gave Coast the 2-1 advantage going into halftime.

“We played very well in the first half,” Strachan said. “I thought we deserved to be a couple ahead, but we weren’t.”

According to Stachan, the Pirates were without freshman defender Max Copeland, the team’s captain and freshman midfielder Julian Madrigal, who were both sidelined due to injuries.

Freshman midfielder Chase Bullock received two yellow cards and as a result was handed a red card in the 67th minute, forcing the Pirates to play over 20 minutes with 10 men on the field. Less than 10 minutes later, the Rustlers scored its third goal of the match.

Following the goal, all the Golden West players ran to the end of the field and celebrated with its bench. While the team celebrated — and had left the playing field — Coast attempted to rush down field to score. The referee for the match waived off Coast’s goal and handed freshman midfielder Rafael Dominguez a yellow card.

As a result of the draw, the Pirates and the Rustlers continue the deadlock atop the standings as the season winds down. The Orange Empire Conference title is still in anyone’s hands, with each of the top four teams, GWC, OCC, Santa Ana College and Fullerton College, each separated by one point.

The Pirates will wrap up the regular season against Santa Ana on the road Friday at 3 p.m.

“If we play the way we can play, we have a great shot at anything,” Strachan said.