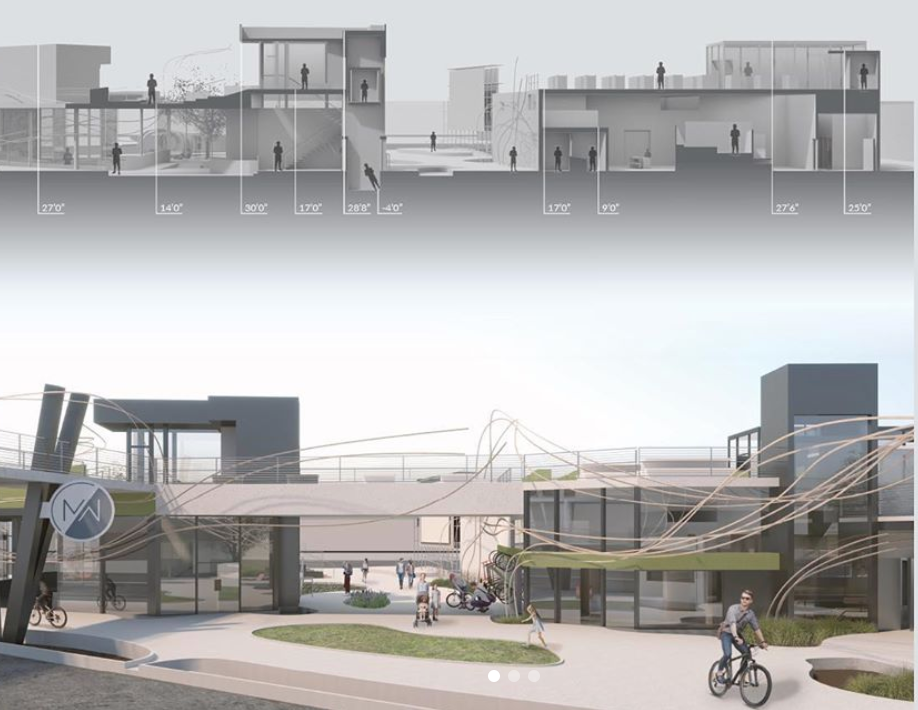 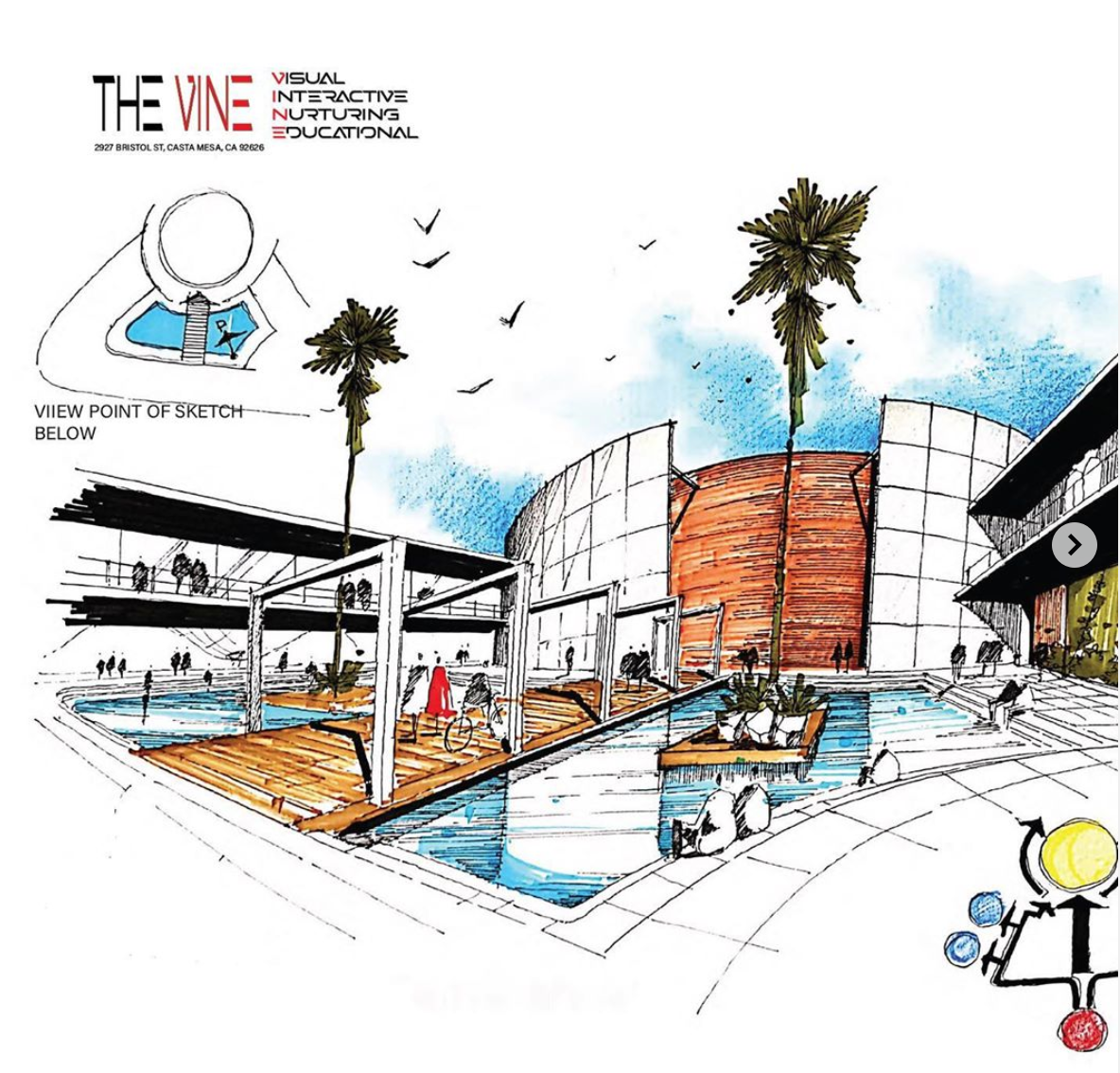 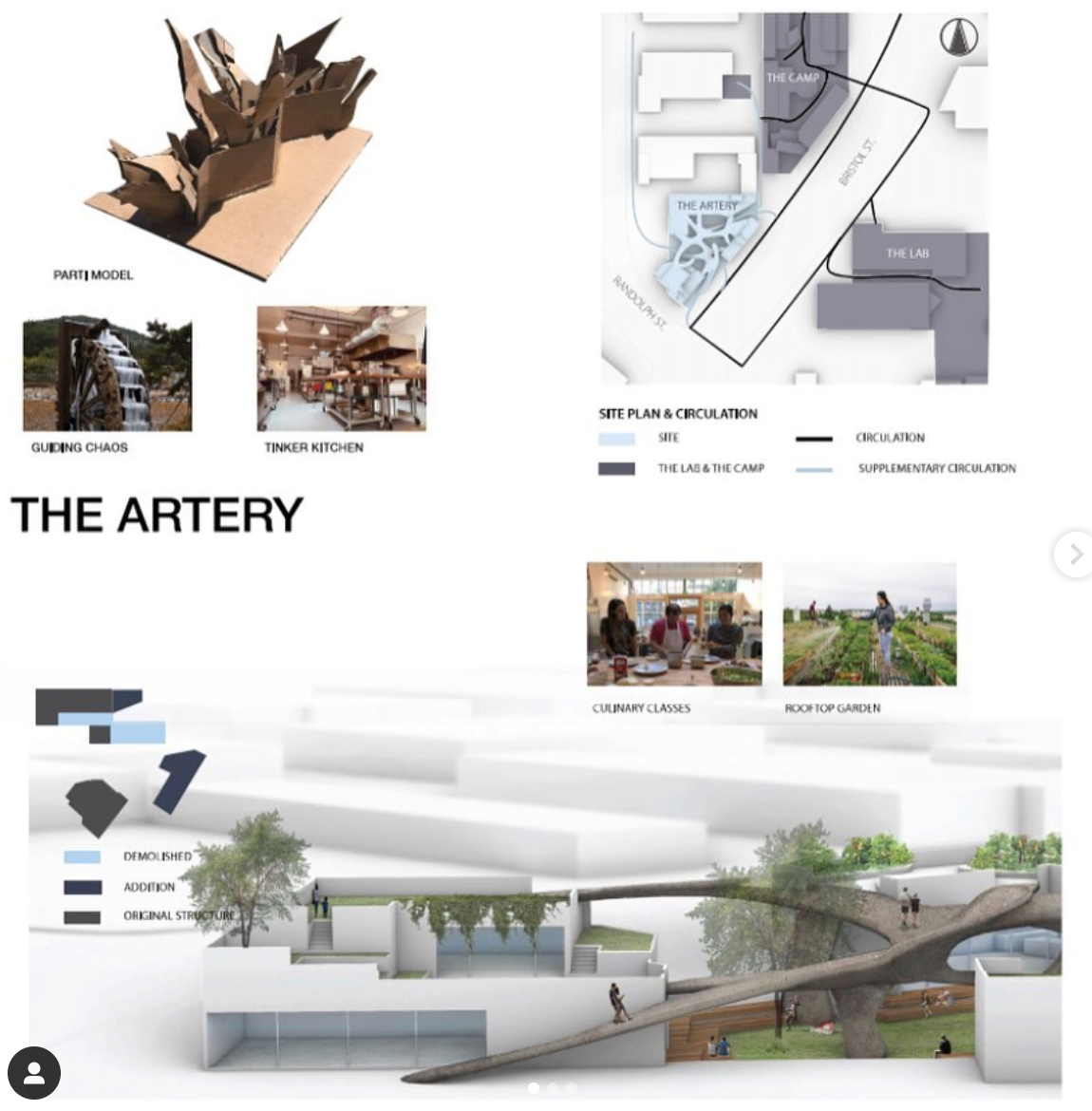 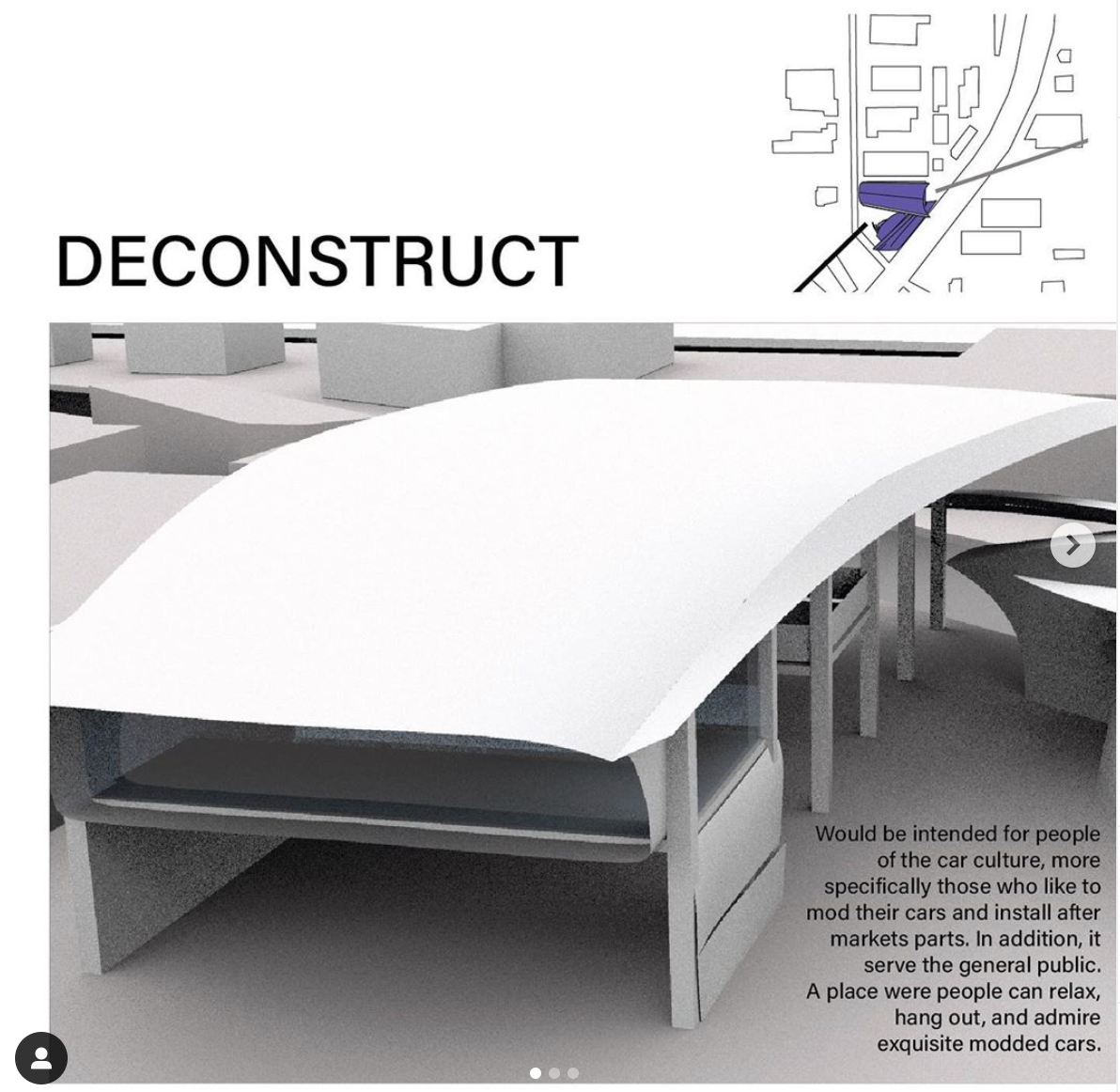 The projects were submitted for the AIA 2020 student competition and awarded on Oct. 1 at a virtual gala. Beginning yesterday, the award-winning projects were revealed on the club’s Instagram, @occ_architecture.

“Make With” was awarded first place in the student competition. The project designed by Bryan Suzuki focuses on inspiring collaboration, and helping people grow through presenting opportunities in an inclusive manner. Environmentally conscious in design the site promotes the collection of rainwater to then be irrigated throughout. This, “idea of composting in architecture can be manifested in many ways, both literally and figuratively. Adaptive reuse is essential to our growth as a civilization, and it should be pursued extensively. Also, if you have a seemingly “bad” idea, instead of throwing it away, throw it in the composter and let it nurture your future ideas,” Suzuki wrote.

Neda Bagherzadeh received the second place award for “The Vine” (Virtual Interactive Nurturing Educational). The project, “is developed with an embedded concept by an innovative design solution for the people below the poverty line,” Bagherzadeh wrote. Consisting of a community garden and maker space, it is hoped that the project would help integrate the homeless population and the wider community in a sustainable environment.

Third place was awarded to Long Hyunh’s project “The Artery”. Hyunh, who transferred to Cal Poly Pomona, took inspiration from New York’s High Line Park and designed the project to incorporate foot traffic between The Camp and The Lab Anti-Mall in Costa Mesa. The site consists of elevated walkways and plays with the human experience and movement, as it works similarly to how a heart receives blood from the body, thus giving it its name.

Sean Dysome earned the merit award for his project “Deconstruct” – a garage of sorts intended for those in the car culture. The project focuses on the concept of deconstructing an object and using those pieces to construct a new composition.

The event offered cash prizes as well as recognition in the architecture community.

“[It] says a lot about the AIA [and how] they would encourage this level of output, almost university level from a community college, which is great to see our students always rise to meet that occasion,” faculty adviser Joseph Sarafian said.

The latter is a yearly competition in which teams design and build an installation over a weekend at the Poly Canyon.

“It’s a great opportunity for students to have a built project in their portfolio so when they are applying to a four or five-year university they can show photos and design drawings of a project that they actually got to build,” Sarafian said.

Sarafian has taught architecture at OCC for the last four years and been the club adviser for three years. He’s also the co-founder and CEO of Form Found Design, a studio that was commissioned with designing a pavilion at the LAB Anti-Mall in Costa Mesa.

The project named “Cytocast” was designed and built-in collaboration with the OCC Architecture department, and other partners. Sarafian created a class involving his Design/Build 3 students, giving them the opportunity to work on the project back in 2018. There was also assistance from the OCC Makerspace, as well as the Fashion, Welding, Machine Technology, and Construction departments at OCC.

“It was really this coming together of different divisions within the school all working towards one goal,” Sarafian said. “We had a strict deadline, strict budget, and working with industry partners we were able to finish this project on time and on budget.”

Currently, they are working on designing a new club t-shirt that they plan on eventually selling. A meeting will be held next Thursday. Meeting times, and the club’s official sign up list can be found on their Instagram.

“It’s not going to be solely OCC architecture,” club president Esma Gurakar said in regards to the new design. Gurakar, 18, is an architecture student who has been involved with the club for almost three years after graduating high school as a sophomore. “It's going to be a general architecture club so we might think of branding it.”

Though the name suggests that it is indeed an “Architecture” club, it does incorporate students of all majors.

“Some people don’t join because they think it's only architecture, but it’s not. It’s a lot of art theory, the history of architecture, learning various programs, and meeting professionals from other schools,” Gurakar said.

They also plan to work on portfolios and talk with advisers and counselors from other universities throughout the semester, as they prepare members for the transfer process.

“In architecture, we spend a lot of time in the studio building models crafting drawings. A lot of the learning happens in that studio,” Sarafian said.

The club won’t be able to visit the studio this semester, but it won’t stop them from progressing as architects.

“We’re going to be taking on design competitions that we can collaborate on virtually using Zoom, and really keeping the design appetite strong at OCC,” Sarafian said.