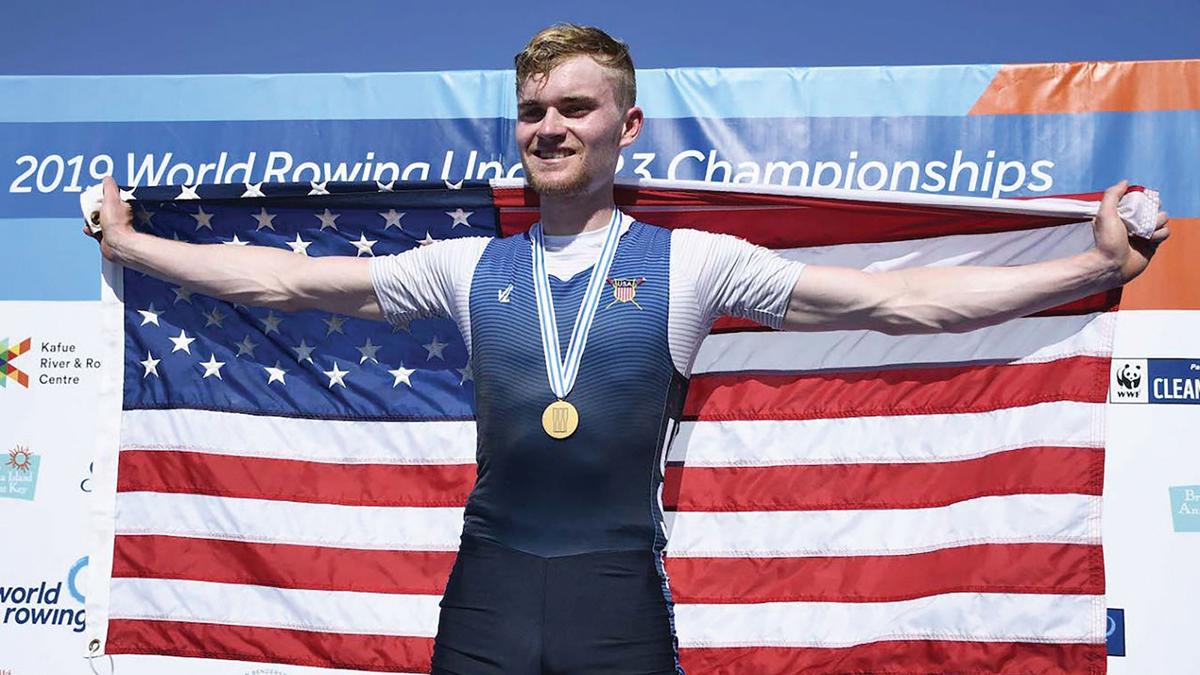 Former OCC student and rower Sam Melvin grasps the American flag after winning a gold medal in the Under 23 World Rowing championship in the men’s lightweight single scull final division in July in Florida. 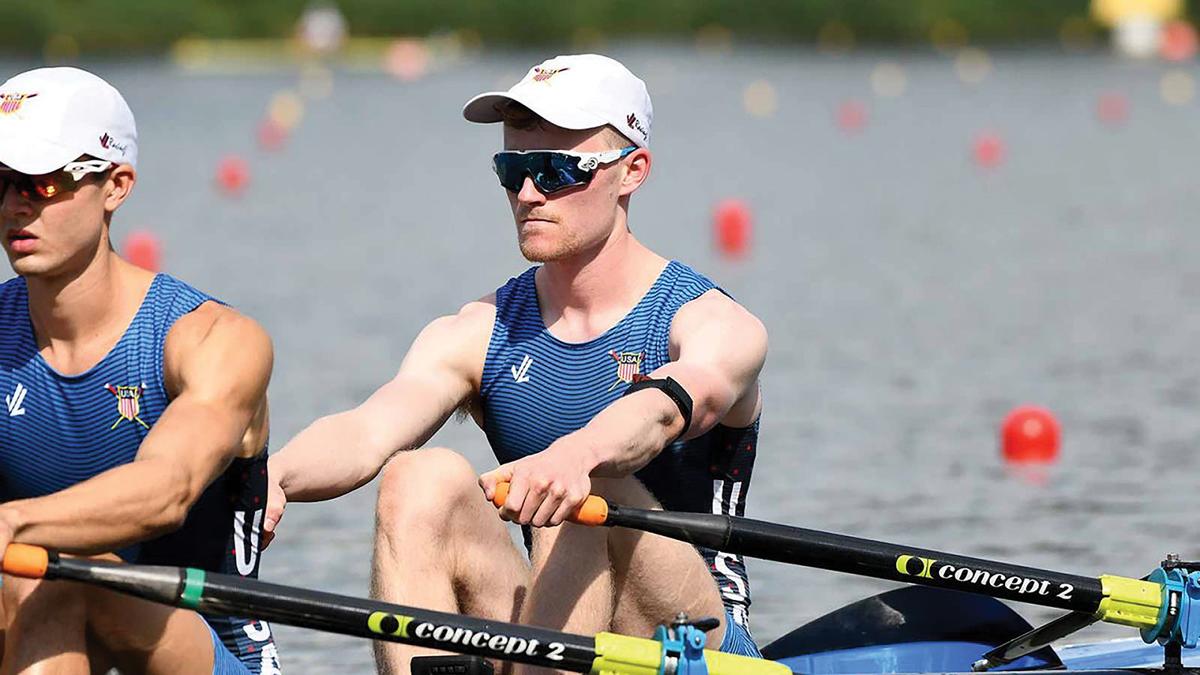 Former OCC student and rower Sam Melvin grasps the American flag after winning a gold medal in the Under 23 World Rowing championship in the men’s lightweight single scull final division in July in Florida.

Sam Melvin says the most important thing is staying calm. Before every big race, Melvin said he calms down and focuses on executing his own race.

The routine worked again this summer when Melvin, 22, a former Orange Coast College rower, placed first in the Lightweight Men’s Single Sculls final division in the World Rowing Under 23 Championships in Florida in July.

“I looked at all the qualifiers’ times before the race. I knew it was going to be a really tight race. I was there to win the medal, that was my goal from the start of the regatta,” Melvin said. “Once I qualified, I knew it was possible.”

So Melvin did what he always does.

“I stayed calmed and told myself to keep executing my own race. That worked well. I didn’t do anything crazy the morning of to prepare for it,” Melvin said.

A Huntington Beach native, Melvin transferred from OCC to Columbia University to row.

Melvin is quick to credit OCC head crew coach Cameron Brown for his training and guidance in getting him ready to compete and transfer to an Ivy League college.

“Honestly, Cam Brown. There’s been a ton of instances where I turned to him for guidance. He’s a good person to call up,” Melvin said.

Brown said he remembers Melvin was very competitive as a freshman and was determined to transfer to one of the East Coast schools. He added that he continues to pay attention to Melvin’s athletic progress and wishes him the best in his future competitions.

Melvin said his favorite memories from OCC revolve around the crew team. One of his favorite times with the team was racing in the Intercollegiate Rowing Association Regatta in Sacramento in 2016, when he was a freshman and had only been rowing with OCC for about eight months.

Since transferring to Columbia, Melvin said there have been significant adjustments.

“Academics are of course more difficult but if you stay focused at OCC, there’s no reason you can’t do well at a school like Columbia,” Melvin said.

Melvin also struggled with the cost of college in New York.

“When I was at OCC I was living at home. At Columbia, money has been the hardest adjustment because I’m living by myself. Now I’ve figured it out,” he said.

Being a well-known successful student athlete has its benefits but on the flipside, there are challenges that come along with it as well.

“The hardest part about it is living up to expectations that people have for you. But there’s also a lot of people rooting for you,” Melvin said.

With all that behind him, Melvin is now looking forward to training for the 2020 Olympics.

“I’m taking off a year at Columbia to train for the 2020 Olympics. It was a really hard decision but after winning at the U23 World Championships it took me two weeks to decide,” Melvin said. “If I can have a good training situation this year, anything can happen. I don’t have anything to lose,” Melvin said.

And despite his success, he said he still expects to get a case of the nerves.

“If I’m not nervous that’s a little bit of a concern. The more nervous I get the better I perform,” Melvin said.