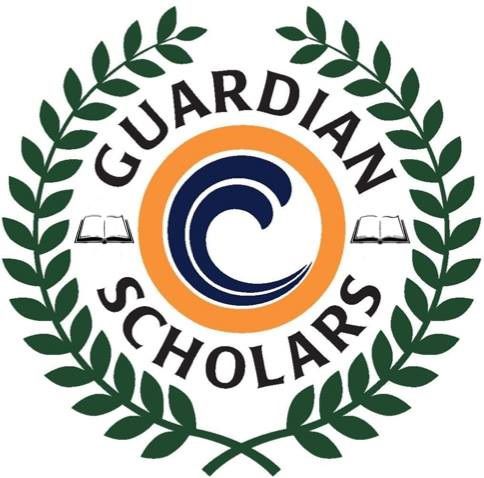 Three Orange Coast College students have been selected from a highly competitive national pool of candidates for a once-in-a-lifetime opportunity to travel abroad this summer and do humanitarian projects with the group Export Hope.

The students chosen to travel this year are Christopher Gonzalez, Jerzo Castellanos and Christopher Huerta. All three recipients are part of the Guardian Scholars, a program designed to help students with ties to the foster care or juvenile justice system.

Gonzalez is a film student who is planning to travel to Peru this summer to help archaeologists excavate newly discovered sites.

“This is my first time traveling anywhere across the world and I am very excited to have been chosen to make a difference somewhere else in the world,” Gonzalez said.

Castellanos is a third-year OCC student planning on obtaining a doctorate in veterinary medicine and is going to study jaguars in Costa Rica’s Tortuguero National Park.

Huerta is pursuing a career in health and human services and plans to work with elephants that have been relieved from the tourism industry in Thailand.

Each student is responsible for raising $500 to cover miscellaneous expenses in their host countries and can be supported through OCC’s website or Export Hope’s website.

Last year was the first year that Export Hope sent any travelers and its founder, Randall Paul, reached out to OCC because its Guardian Scholars program has the infrastructure to support its students, partly because it was the first program in the country, organizers said.

“My life thus far had made me doubtful, but after this trip, I felt a newfound sense of confidence and realized a new passion for travel and giving back as much as possible,” said Export Hope Founding Ambassador and OCC student Alyssa Altamirano-Putnam who participated in the program last year.

Altamirano-Putnam spent eight weeks in the Galapagos Islands during June and July teaching English and participating in community development projects like environmental conservation.

Export Hope’s mission is to send students who wouldn’t otherwise have the opportunity to go. They provide funded travel opportunities for students who wish to travel abroad and are managed entirely by volunteers.All participants in the Guardian Scholars program, whether they are selected for this opportunity or not, receive academic counseling, life coaching and comprehensive case management, according to the program coordinator Gabrielle Ridley.

Eighty percent of the students in Guardian Scholars are dealing with food and housing insecurity so the drop in center with study space, food and computers are some other benefits, Ridley said.

“We do everything that a parent or parents might do for a general student, because in many cases, our students don’t have that,” Ridley said.

Jay Patterson, another of the three OCC students chosen last year, spent in the Nan Province of Thailand participating in health projects and child education.

He said he experienced planting rice in a field, a laborious task in humid weather and hard on your back, according to Patterson. He added that the hard-working and committed Thai people impressed him as he realized it was the only way for them to make money and afford to feed their family.

Patterson said that his experience in Thailand made him think twice about complaining about his own life.

“The children playing around the neighborhood would see us cleaning up the trash and would often stop and start helping us as well,” Owings said. “Being an example is something that we can all be for each other, especially in our own neighborhoods.”

Paul, the founder of Export Hope, was a Court Appointed Special Advocate who works with students in the foster care system. His goal is to send 500 students to travel abroad in the next 10 years.

Students have to be recommended by a program like Guardian Scholars and then submit an application where they choose what country they would like to go to and why. Last year, OCC recommended half a dozen scholars and three of them were selected to travel for three to six weeks through a selection committee.

Now there are more than 70 Guardian Scholars programs that are developed in OCC’s model, Ridley said.

In its second year Export Hope expanded its program outside of Orange County and into Los Angeles and Illinois with plans to expand into five or six different states next year.