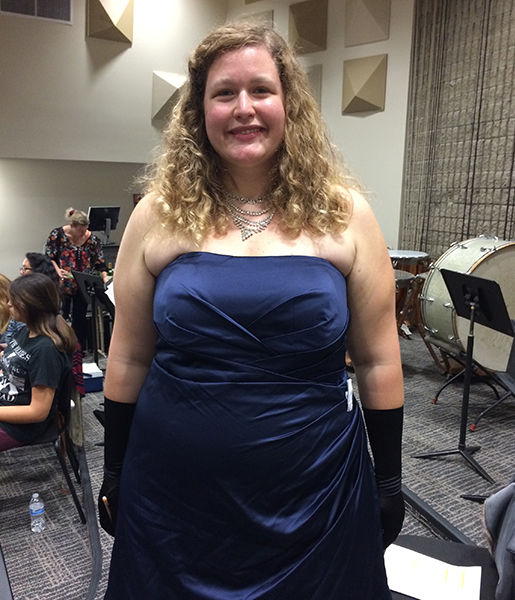 Orange Coast College vocalists Jessica Eldridge (pictured) and Joanna Pau played dueling divas in a production of Mozart’s “The Impresario” over the weekend. 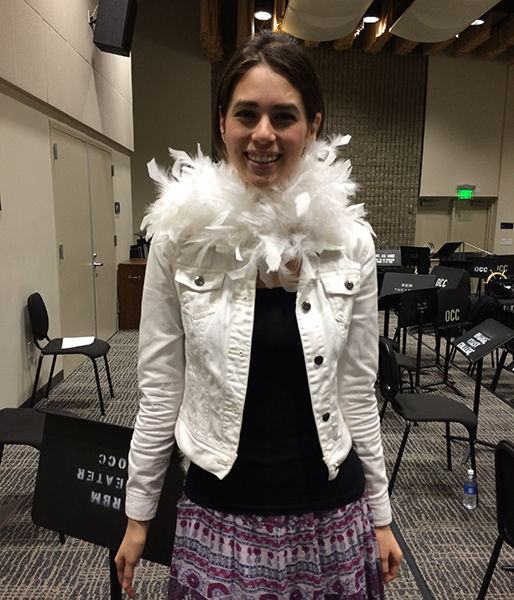 Orange Coast College vocalists Joanna Pau (pictured) and Jessica Eldridge played dueling divas in a production of Mozart’s “The Impresario” over the weekend.

Orange Coast College vocalists Jessica Eldridge (pictured) and Joanna Pau played dueling divas in a production of Mozart’s “The Impresario” over the weekend.

Orange Coast College vocalists Joanna Pau (pictured) and Jessica Eldridge played dueling divas in a production of Mozart’s “The Impresario” over the weekend.

Orange Coast College’s vocal students set out to impress and they did just that in their production of Mozart’s “The Impresario.”

Vocal students from OCC performed the operetta in the Recital Hall over the weekend.  Susan Ali, who teaches the Voice 1 class at OCC, directed the production.

While large productions are usually held in the Robert B. Moore Theatre, the Recital Hall worked remarkably well for the production, providing a warm backdrop against the cast’s impressively lavish costumes and enhancing the vocals of both the solo artists and the overall ensemble with its rich acoustics.

“The Impresario” could not have found two better dueling divas than in Jessica Eldridge and Joanna Pau who played Madame Heartmelt and Mademoiselle Warblewell, respectively.

They both did a remarkable job portraying the two highly self-absorbed actresses as they musically battled it out for who would land the role of the leading lady and nab the highest salary at the same time.

Eldridge, as Madame Heartmelt, brings the character to life in the best way possible with a grandiose attitude and fantastic performance. To top it off, the 24-year-old vocal performance major brings her A-game to the production as she sings her heart out to try and win the leading role.

There is no question that not only is she a talented vocalist but her acting prowess is equally as strong.

Pau is exceptional as Mademoiselle Warblewell and holds her own against Eldridge in their operatic showdown. At first glance Pau appears shy and timid but quickly puts those assumptions to rest as she fully embraces her inner diva and takes command of the stage.

She is a vocal force to be reckoned with her bell-like soprano vocals and her acting is also top notch.

The rest of the ensemble rounds out the two leading performances with strong performances of their own. More delightful, however, was the inclusion of other memorable and timeless songs from other operatic productions like “Carmen” and the “Modern Major General.”

I was particularly pleased to hear “For He Is An Englishman” from the HMS Pinafore, which has always been one of my favorite songs.

Overall, OCC’s vocal students put together an impressive program with fantastic performances, memorable music and a fun and lively cast that left the audience buzzing long after the music came to a resounding end.