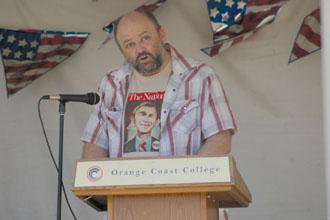 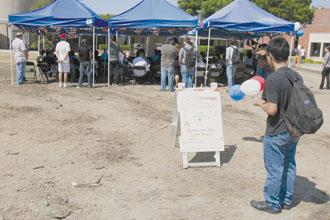 Photos by Anthony Anastasi
A student looks on as Constitution Day gets on.
1 of 2

Photos by Anthony Anastasi
A student looks on as Constitution Day gets on.

This event, according to organizers, is primarily to honor the most important document in U.S. history and the world’s oldest constitution still in use.

“We basically want the students to understand what it is and what it’s there for,” Student Senator Uriel Vazquez said.

Various campus officials and professors spoke of our nation’s constitution and shared their personal take on it, while emphasizing its application in today’s issues.

Some students even shared personal stories of how, according to some, the constitution and its ‘guarantees’ have been recently compromised by our government.

“I think the U.S. Constitution is just as relevant today as it was when it was written,” political science instructor Rendell Drew said. “It is the one solid piece of American founding still in effect today.”

Other highlights included the reading of the winning essays from OCC’s Constitution Day student essay contest and a version of “Imagine” by John Lennon played on electric guitar by music professor Joe Poshek.