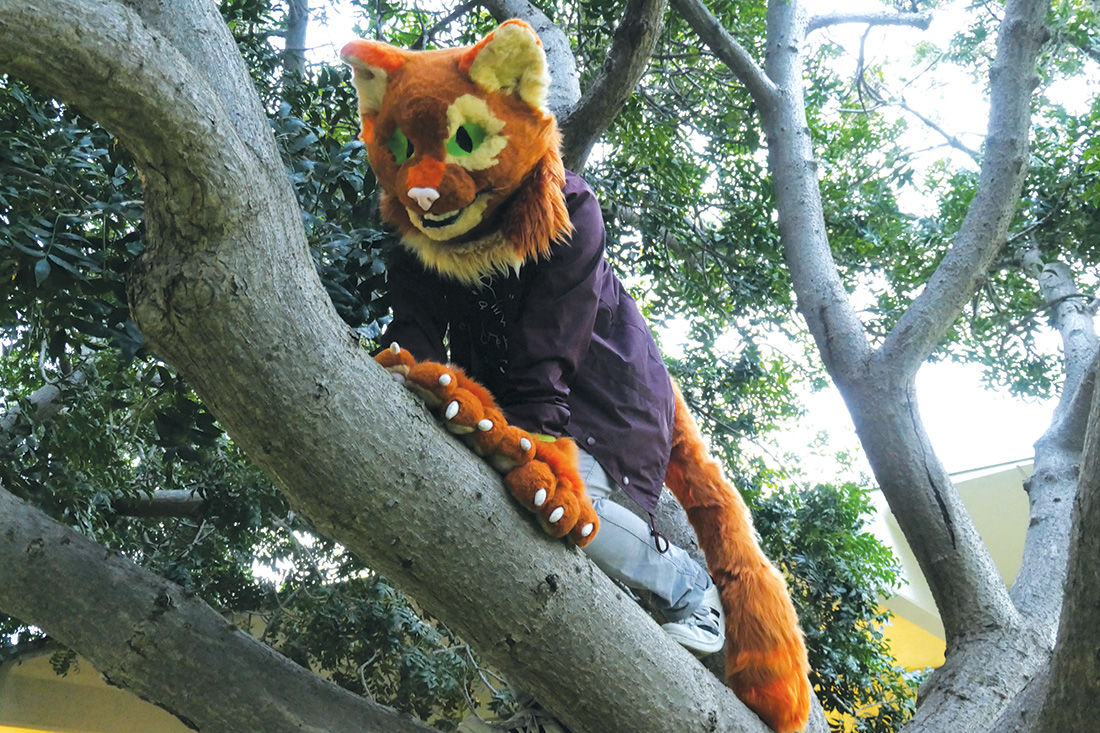 Maple, the self-given name of a 19-year-old OCC student’s furry persona, climbs a tree on campus. 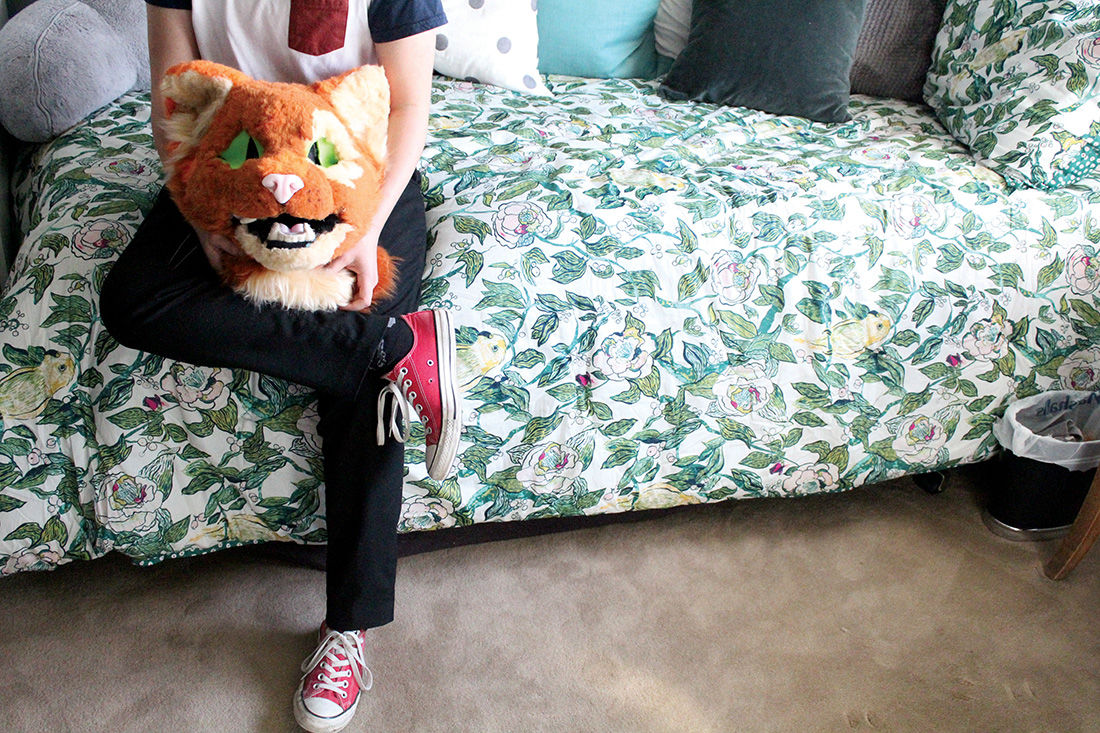 Maple, the self-given name of a 19-year-old OCC student’s furry persona, shows off their homemade attire.

Maple, the self-given name of a 19-year-old OCC student’s furry persona, climbs a tree on campus.

Maple, the self-given name of a 19-year-old OCC student’s furry persona, shows off their homemade attire.

In the evenings after class, one 19-year-old Orange Coast College student can most often be found in front of the sewing machine in his bedroom.

This month he’s working on a full-body reindeer suit for which he created a custom dress form out of duct tape and newspaper based on his own body specifications. He then took upholstery foam and shaped it with knives and razors and attached it to the dress form.

From there, the suit will be constructed with felt, duct tape and thermoplastics — easily meltable plastics.

He will then sew on a fur exterior and shape and trim it with dog hair clippers.

The student, who goes by the name Maple, is part of OCC’s Furry Club, an on-campus group for students interested in furry fandom, the creation and inhabiting of anthropomorphic characters.

“My mom taught me how a sewing machine worked but I’m entirely self taught,” he said, asking that his real name not be used because of the stigma many Furry Club members experience.

While widely believed to be a form of sexual fetishism, the furry fandom has more in common with cosplay, short for costume play. But unlike cosplay, furries create their own anthropomorphic characters — or animals with human traits — instead of characters from popular culture. The character, or fursona, is developed as a form of self expression.

“It’s the self you want people to see,” Julie Nguyen, a 24-year-old art major and president of the Furry Club said.

Because of the stigma, many Furry Club members remain closeted to their families and asked to be identified only by their character names. The club has fewer than a dozen members, but at its height about five years ago it boasted more than 50 members.

“The special thing is the student involvement,” Morgan, a 19-year-old art major said. “They’re relatable. It’s like we’re all growing up together.”

The club functions as the basis of the members’ local furry community. Club members attend conventions and local events together. The club is fundraising for a trip to a charity convention in Reno.

For many furries such as Maple, the focus is costume construction.

Maple, who is an undecided major, grew up making Halloween costumes with his mother and became interested in cosplay in junior high. He started looking online for a way to create a costume for Maple, a cat character he developed in elementary school. This segued into reading detailed tutorials and watching YouTube videos on the subject.

The costumes he makes aren’t just for himself. Maple also sells his costumes, and because of the time and labor involved, the price is high. Headpieces range from $400 to $1,500 and full suits average $2,500 but can reach tens of thousands of dollars.

Because of the stigma attached to furries is so pervasive, many say they face discrimination from friends, family and society. Experiences range from social ostracism to loss of employment.

But for most furries, the benefits outweigh the risks. Many find a sense of community and acceptance in the Furry Club that has eluded them elsewhere.

“We’re a really tightknit community. Anything that happens to any one of us, we all know it,” Nguyen said.

Within the furry fandom, the emphasis is on individuality, character background and imagination.

“Each character has their own background and how they were created. Some… is a reflection of what that person went through,” Nguyen said.

“This is my way of coping with my nightmares and fears,” Wyatt agreed.

“It’s a way to escape from your everyday life,” Wyatt said.

Many furries report feeling isolated or socially anxious. The anonymity of wearing the costume gives many furries a gregariousness and confidence that is impossible in their everyday lives.

Nguyen described a friend who suffers from severe social anxiety disorder but is outgoing and bubbly while in costume.

“If people do laugh at you, it’s OK because they can’t see your face,” Apple, 19, a hospitality major said.