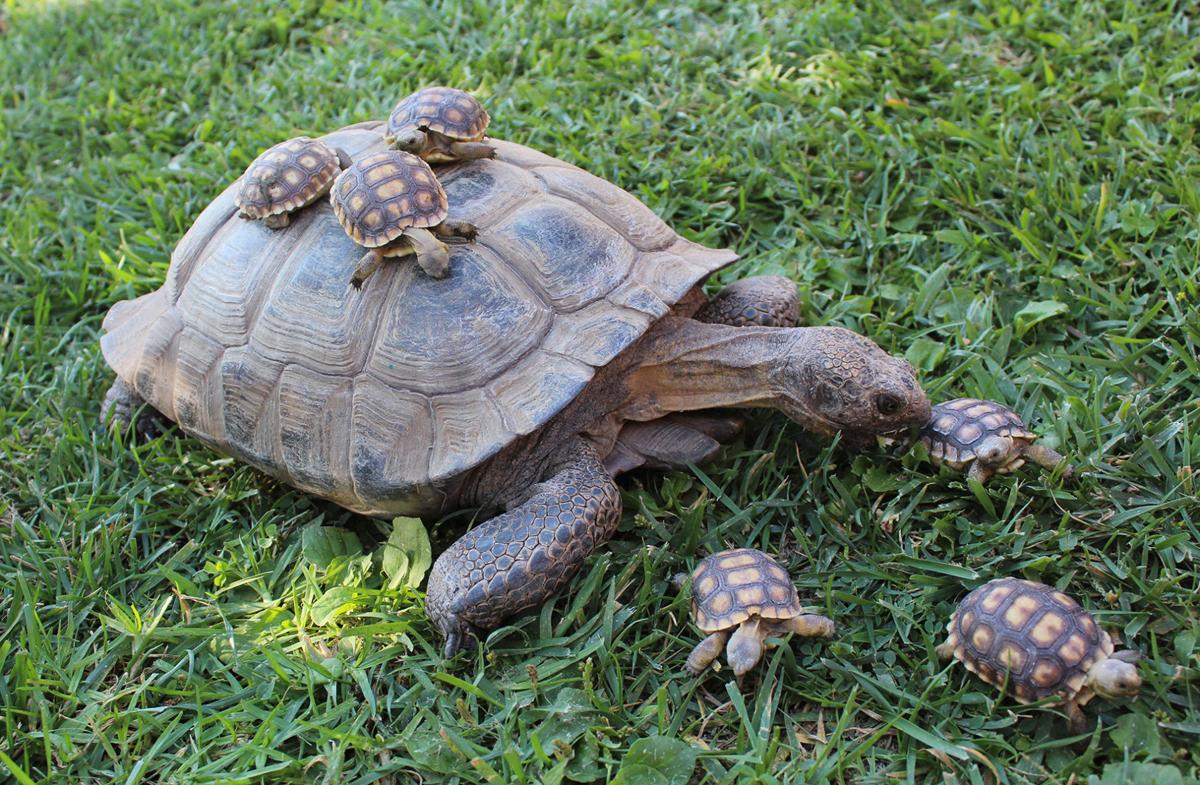 Georgia, a 15-to-20-year-old tortoise at the Harry and Grace Steele Children’s Center, had six babies hatch last month. They are being cared for by staff at the children’s center. 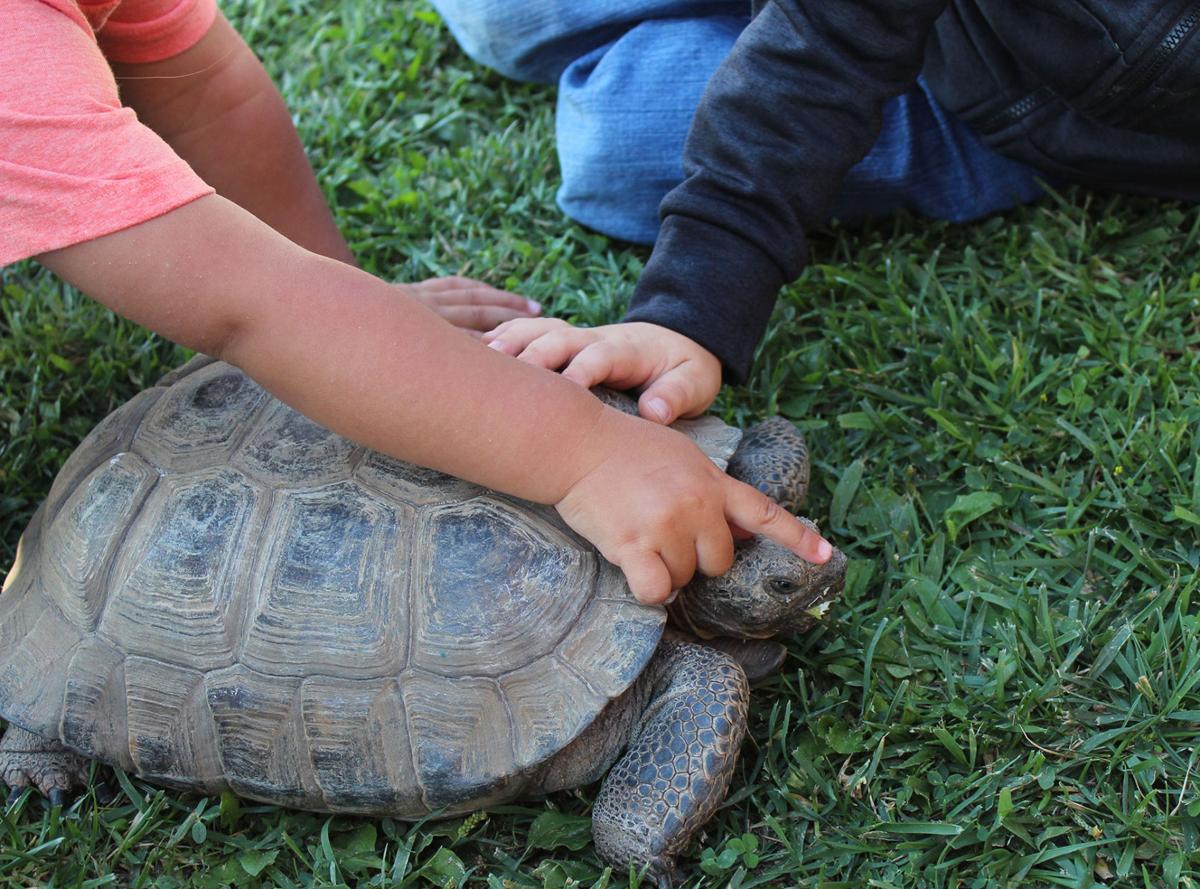 Children at the Harry and Grace Steele Children’s Center on campus practice the “one finger gentle touch” on mother tortoise Georgia.  The 15-to-20-year-old tortoise had six babies hatch last month. They are being cared for by staff at the children’s center.

Georgia, a 15-to-20-year-old tortoise at the Harry and Grace Steele Children’s Center, had six babies hatch last month. They are being cared for by staff at the children’s center.

Children at the Harry and Grace Steele Children’s Center on campus practice the “one finger gentle touch” on mother tortoise Georgia.  The 15-to-20-year-old tortoise had six babies hatch last month. They are being cared for by staff at the children’s center.

The Harry and Grace Steele Children’s Center at Orange Coast College welcomed the arrival of a tortoise hatchling on Sept. 17 and since then five more baby tortoises have joined the family — including their parents, Rocky and Georgia.

Georgia was donated to the center about three years ago when her human family moved to Northern California, a climate unsuitable for a desert tortoise and is believed to be about 15 to 20 years old.

Rocky has been at the children’s center for about 15 to 20 years and is thought to be in his late 60s to early 70s.

Last summer staff said they noticed that Georgia seemed ill. An X-ray at the veterinarian’s office revealed that she was pregnant with 11 eggs.

Unfortunately, animals dug up and ate all the eggs, they said.

After initially fighting when together, staff said they decided Rocky and Georgia should live in separate yards.

However mere fences could not keep the two apart.

Georgia subsequently dug under the fence to reunite with Rocky.

“It’s totally like Montagues and Capulets over here,” Rayline Anderson, a child development specialist in the preschool classrooms said.

After her most recent conjugal visit with Rocky, Georgia became pregnant again.

So on Sept. 17, a teacher setting up in the morning discovered a baby tortoise in the yard. About an hour later, an infant found another and presented it to their teacher.

Staff said that even more can be expected. Tortoise eggs can hatch anywhere from 90 to 135 days after being laid. So until Monday, both students and staff are on the lookout for more hatchlings.

At the moment, there are six hatchlings of which at least four will remain on campus but the children center’s staff are looking for homes for the remaining two. Since desert tortoises can live upwards of 100 years, Hunter and Anderson stressed that adopting one is a lifelong commitment.

Ever since the arrival of the first baby tortoise, staff have directed curriculum around them. The six babies, of which three are named Sandy, Teeny and Frankie, are weighed every Friday by students and staff to track their growth.

This allows teachers to introduce the children to basic math and science concepts, they said.

The tortoises enable staff to teach their students about responsibility and the proper care of animals. They have also found that the tortoises help the children’s social and emotional development.

Several parents use the lure of the tortoises as motivation to get their children to school.

“I know of a few parents who use when the tortoises are in here, that’s what they use to get their kids to school. Because if the kid’s grumpy and doesn’t want to go but then it’s like ‘oh we’re going to go see the baby tortoises’ and they’ll fly out the door,” Anderson said.

The baby tortoises have positively impacted staff as well. Hunter and Anderson spoke about the knowledge of tortoises they’ve gained throughout this process. The babies require so much care that the staff come in twice a day on weekends to feed them.

Since their birth, the staff have become deeply emotionally invested in the health and well-being of the tortoises.

“These are our babies,” Anderson said.