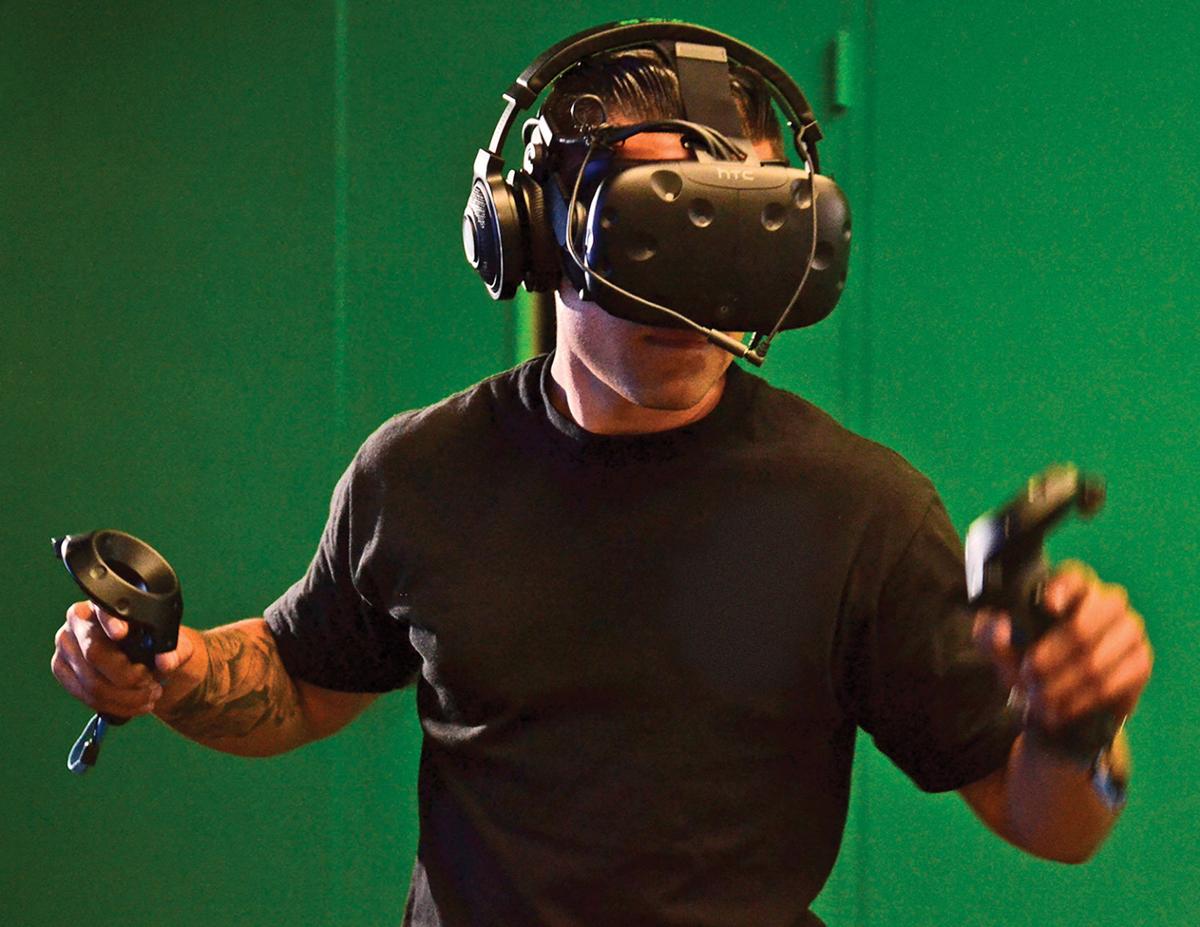 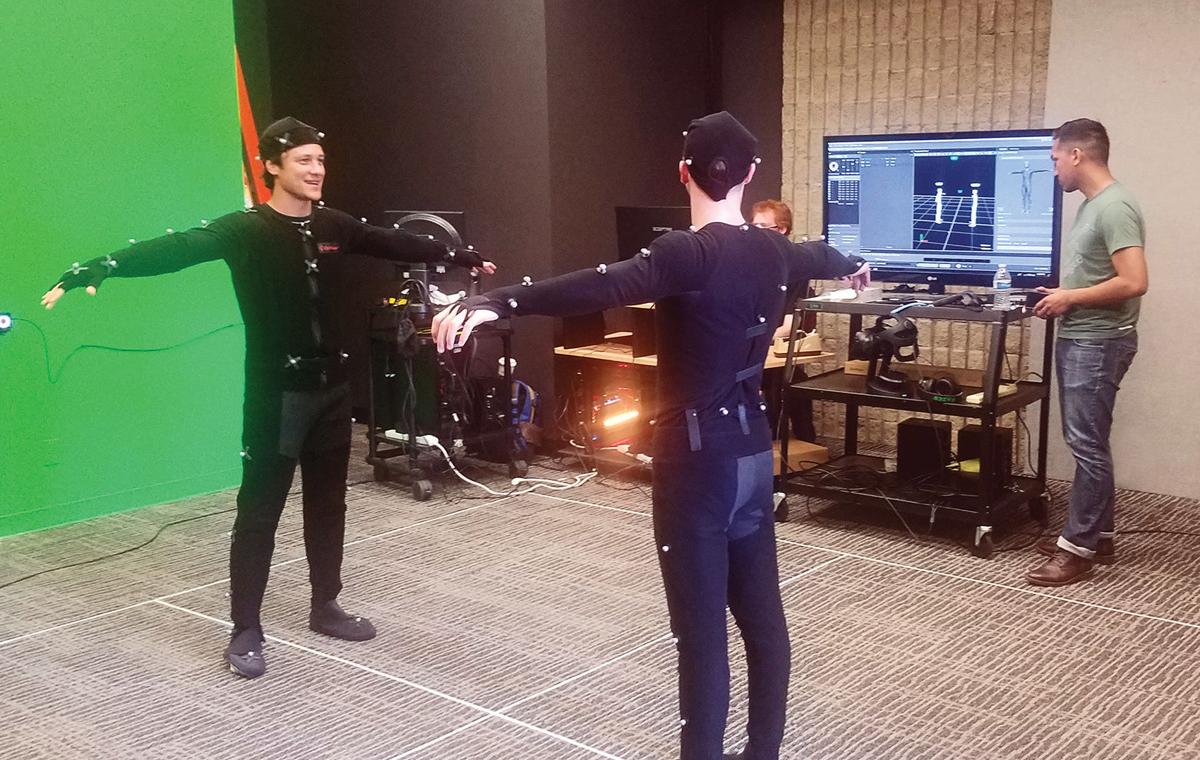 Students Kurtis Pires and Karl Schreyer use the OptiTrack Motion Capture System to capture their movements for use in a movie or video game.

Students Kurtis Pires and Karl Schreyer use the OptiTrack Motion Capture System to capture their movements for use in a movie or video game.

Orange Coast College is one of the first community colleges in the nation to offer a Virtual Reality Certificate Program, which starts this Fall semester as part of the Film and Television department.

There are four introductory classes currently offered — Intro to Virtual Reality, Intro to Augmented Reality, Immersive Video Game Development and Intro to Performance Capture. Through these classes, students are introduced to technology essential to the industry including Unity, a software that allows users to create 3D virtual reality spaces.

Eventually, eight core classes will be required with the option to pick from nine units of approved electives.

“College is all about innovation, isn’t it? I feel like we have a responsibility to be giving students knowledge on not just what’s happening now, but what’s going to happen in the next 5, 10, 20 years,” Scott Broberg, OCC’s film and television specialist and the mastermind behind the program said.

Soon enough, OCC will be the first school in the world to own an Infinadeck Treadmill, which allows VR gamers to feel like they’re running or walking within a game.

The industry is rapidly advancing and constantly finding new ways to create entertainment, which is why the professors involved believe this program is so important.

“Film and entertainment and technology are all going in that direction and it’s rapidly happening, so it’s really cool to be kind of on the cusp of where this is all going,” Matthew Newman, a VR/AR instructor said. “I feel that the opportunities for these kids that are going to open up as they approach this world of entertainment with having virtual reality background is just going to be limitless.”

The program ensures that students have experienced instructors, who can not only teach them the skills they need to succeed, but also guide them through the business of the industry.

Newman has a history in game design and has worked on many projects with big companies such as Microsoft and Lucas Arts.

Another instructor, TK Gorgonia who teaches Introduction to Performance Capture, has worked on a couple Marvel Studios films such as the hit, “Avengers: Infinity War.”

“A lot of my skill set, which is from mentorships and from, I guess, partly being in the right place at the right time, but also like my mentors taking the time outside of work, outside of workshops to pass on their knowledge that they’re super passionate about what they do, both on the tech side, on the performance side,” Gorgonia said. “So it’s kind of my outlook to pass that forward.”

While it’s still in its early stages, students are enthusiastic to be part of this innovative new program.

“My teacher actually told me about this class, because I was going to make a VR game,” said Harry Nguyen, 22, a game development major. “And I had no idea we had a VR program and he told me and I’m like “I gotta take it!” and that’s why I’m here and so far it’s been really great.”

I am extremely excited about enrolling in the Virtual Reality Certificate Program because this field has always attracted me. I am interested in learning about the Augmented Reality and performance capture. This studyclerk.com/college-essay-writing is providing best writing services in the colleges. Next era is the era of virtual reality that’s why it is so important to learn these skills.