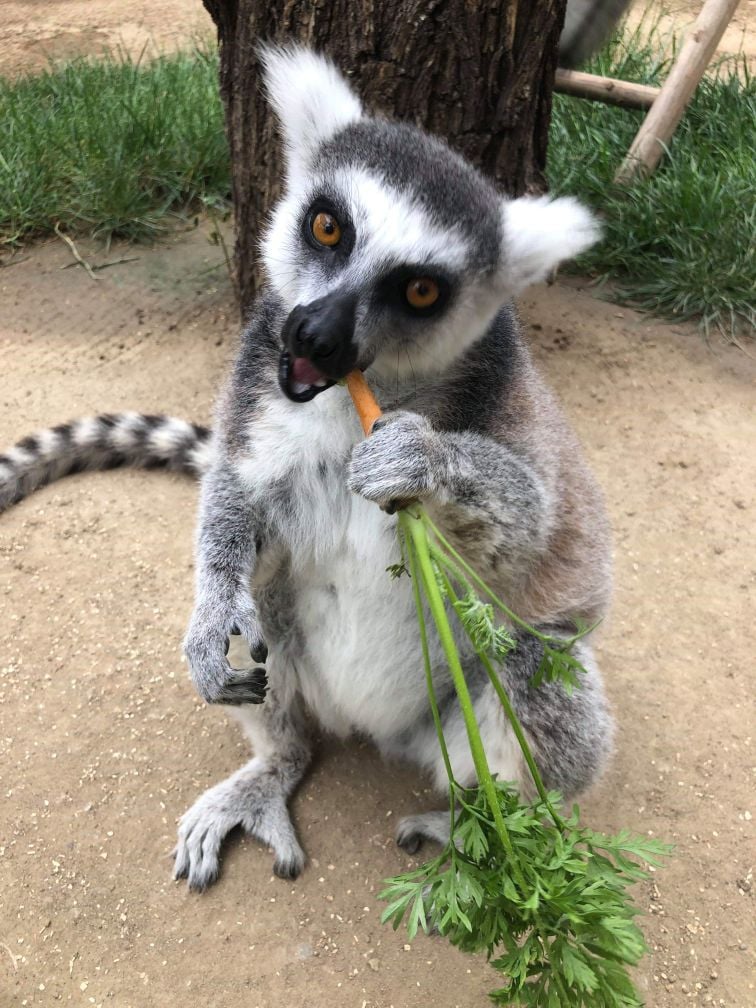 A lemur at the Santa Ana Zoo eats a carrot that was grown and donated by OCC horticulture students. 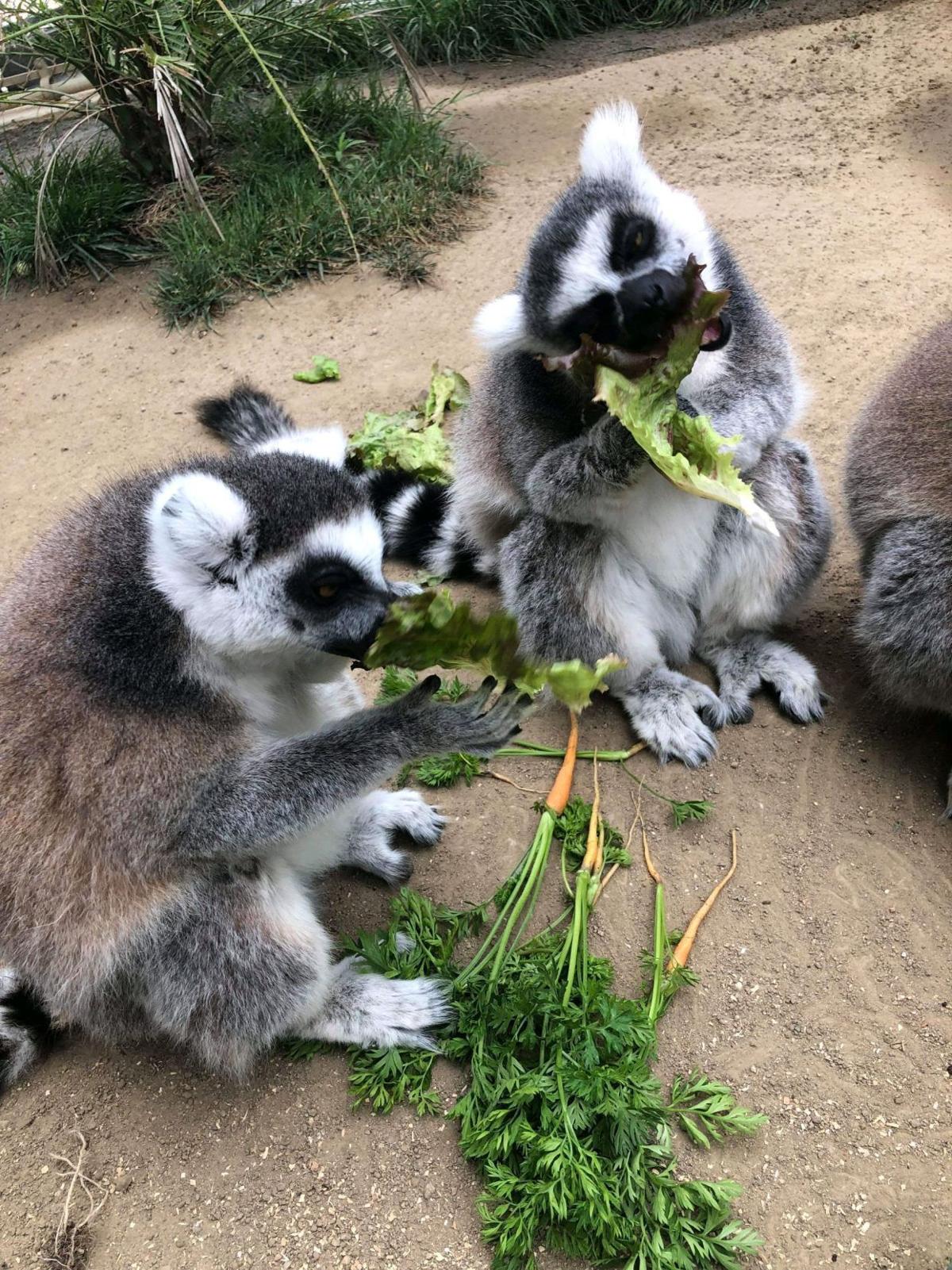 Two lemurs at the Santa Ana Zoo share in the bounty of produce donated by OCC’s Horticulture department. 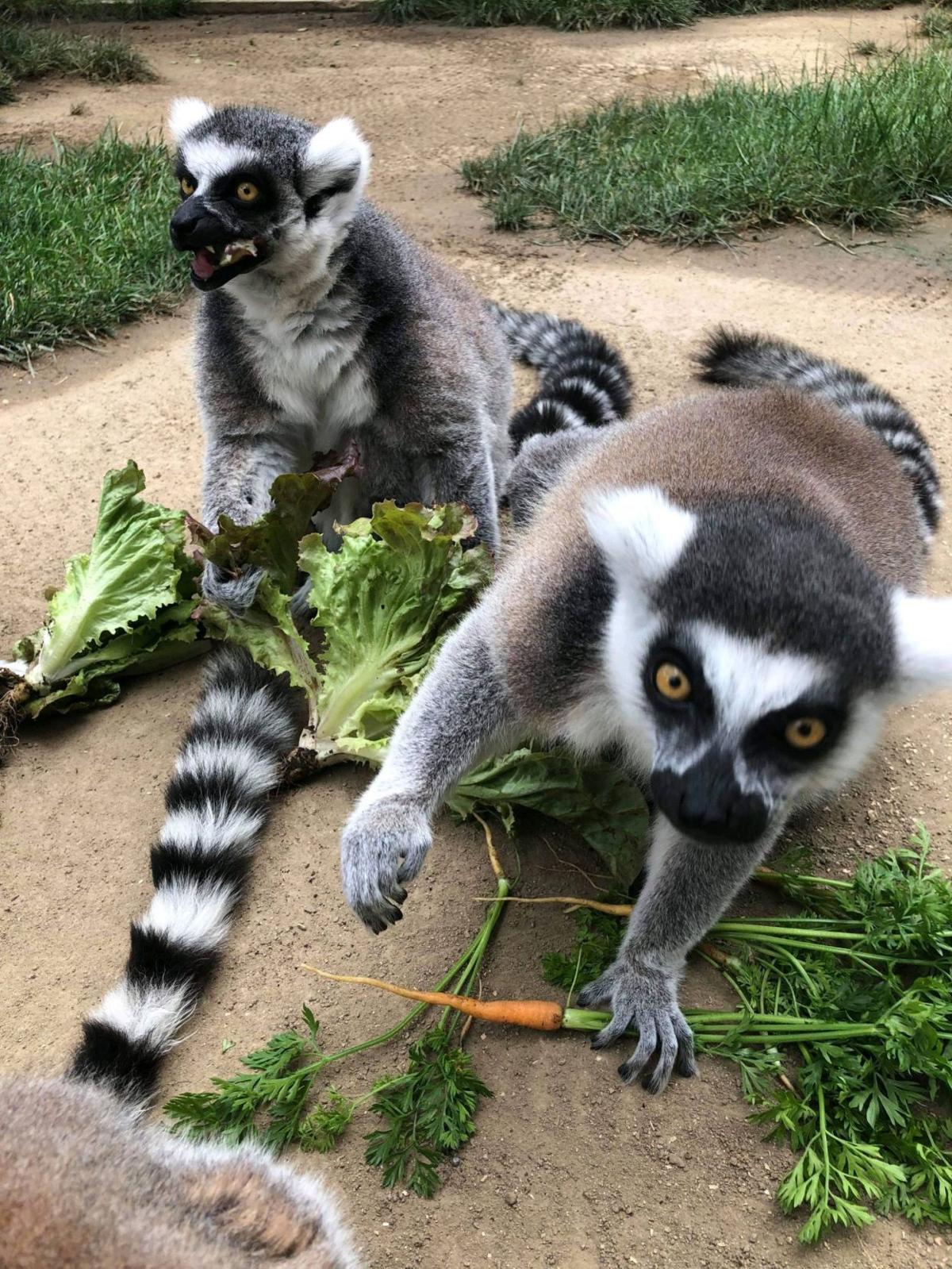 Carrots and other produce are donated to the Santa Ana Zoo at the end of every semester by OCC’s Horticulture department.

A lemur at the Santa Ana Zoo eats a carrot that was grown and donated by OCC horticulture students.

Two lemurs at the Santa Ana Zoo share in the bounty of produce donated by OCC’s Horticulture department.

Carrots and other produce are donated to the Santa Ana Zoo at the end of every semester by OCC’s Horticulture department.

For Rick Harlow, an associate professor in the Ornamental Horticulture department, seeing trash cans full of rotting lettuce, carrots, herbs and fruit led him to find a way for his department to give back.

At the end of each semester, Harlow said he saw the product of the hard work by Horticulture Science 100 students go to waste when pounds of leftover produce were thrown out. For Harlow, it was an opportunity to help eliminate food waste in the community, increase sustainability and add an additional purpose to his students’ work

“One of the things that got me really wound up was that I would come back and see stuff thrown in the trash can, you know, and that bothered me,” Harlow said.

With connections between students and community gardeners, the Ornamental Horticulture department began working with local food banks and soup kitchens like Second Harvest and Someone Cares Soup Kitchen to donate leftover produce.

At the beginning of each semester, approximately 120 Horticulture Science 100 students are divided into teams of two and are assigned a garden plot. Over the course of the semester, students grow primarily vegetables and herbs with most plants coming to harvest in 50 to 70 days.

After several years of donating leftover food to local food banks, Harlow was approached by a student with a connection to a zookeeper at the Santa Ana Zoo who was interested in what the school was doing with the excess produce. For the past few years, the department has partnered with the Santa Ana Zoo to help feed the animals — minimizing food waste in the process.

“The great thing about the animals is that they’re not real picky about quality. So, if it’s a little wilted, they’re perfectly fine,” Lori Pullman, an associate professor of Horticulture Sciences said.

While Pullman said the animals aren’t really picky, Harlow said the monkeys took a liking to a mix of herbs that included sage, lavender and rosemary.

“What was happening was that the monkeys were coveting that,” Harlow said. “Rubbing it all over, you know, running off into a corner and then rubbing it all over themselves and kind of possessing it.”

Ethan Fisher, director of the Santa Ana Zoo, said he is grateful for anything that cuts costs from the approximately $25,000 annual food budget for the zoo and for the high quality of the produce received from OCC.

“People sometimes say, ‘you are what you eat,’ so for us healthy produce means healthy animals,” Fisher said.

Harlow said that the donation program is an opportunity for students and the community beyond the campus.

“I really believe that if they know that there’s another positive that can come from their efforts we’ll get better at it,” Harlow said.