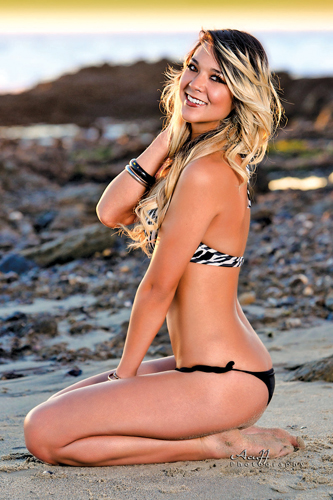 Voting online for PETA’s Sexiest Vegan Next Door will end at noon Eastern  Standard Time on Friday and the winner will be announced on May 9. 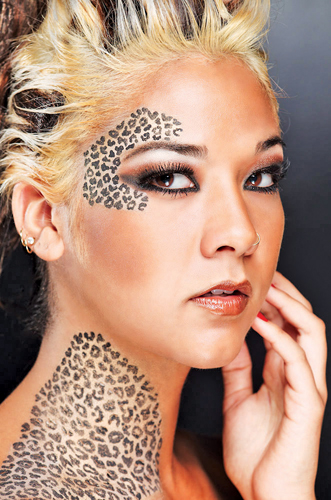 Voting online for PETA’s Sexiest Vegan Next Door will end at noon Eastern  Standard Time on Friday and the winner will be announced on May 9.

We have all seen the “wear fur or die” campaigns, celebrities posing nude in protest of wearing fur or the support of the flour-bombing incident of a certain infamous large derrière reality star.

Whether you support their beliefs or not, the organization People for the Ethical Treatment of Animals, or PETA, is everywhere — including Orange Coast College.

OCC English major Marchesa Schroeder, 22, has the chance of a lifetime to combine her passion for two hobbies: modeling and being an advocate for veganism and animal rights.

Schroeder is a finalist in PETA’s Sexiest Vegan Next Door contest.

“I’m really excited about it,” Schroeder said. “It’s a way for me to project my feelings and my passion.”

Schroeder was a judge’s pick.

While Schroeder frequently visits the animal rights activist website, it was her sister, Marina, who stumbled upon the contest.

“My sister, who is also a vegan, saw that [PETA] was doing [a contest] and thought I should go for it. So I did,” Schroeder said.

Schroeder said she has been a vegetarian for the majority of her life, ever since second grade. She comes from a family of vegetarians, her two sisters, mother and even her father.

While her dad still needs to get his fix, Schroeder understands that a lifestyle choice is a personal decision.

“There wasn’t one major event that made me say, ‘I have to go vegan.’ I went vegan because I realized it was mildly hypocritical if I was doing vegetarianism for animal rights, but was still consuming animal-derived products,” Schroeder said.

Schroeder will happily be vegan six years this December.

“It has nothing to do with health for me personally, but it’s the fact that there is unnecessary suffering going on. The maltreatment is something that is morally unacceptable to me and that’s why it’s such an injustice,” Schroeder said.

When the free-range craze came out, Schroeder said she had been under the understanding that it was initially embellished.

According to Schroeder, the factory farms are trying to do everything in the cheapest, easiest and quickest way and that generally means inhumane.

“It’s a shitty life for animals. There’s this idea that they can frolic and have a great time, but in reality that’s not the case at all,” Schroeder said.

Although vegans and vegetarians are associated with being in-your-face with dead chicken and sickly beaten cow pamphlets, Schroeder said she is apprehensive about being too abrasive or in someone’s face about something they don’t necessarily care about.

Despite the serious issue of animal rights, Schroeder’s laid-back personality and sense of humor is infectious.

“I like the Blazers, which means I should probably hate most teams,” Schroeder said.

Although this 5-foot-10-inch stunner has played point guard most of her life, she doesn’t actually follow the NBA.

Her one pet peeve is when people feel a certain way about a team only because it’s where they’re from.

“It doesn’t make much sense to me, but I still have that [prideful] feeling for the Blazers,” Schroeder said. “I love to pretend I know more about them, and rep them, but it’s kind of a joke because I only like them because I was raised in Portland.”

While Schroeder would love to win PETA’s Sexiest Vegan Next Door, the grand prize — a trip to Hawaii — isn’t necessarily for her.

“Ideally, I’d like to give [the prize] to my parents. They don’t get much time together, they’re always working and it’s hard for them to get together,” Schroeder said. “It would be really cool to transfer that prize to them and have them go on vacation.”

Schroeder is more interested in winning as an accomplishment and a step toward working with PETA or having the notoriety thrust her into being a more active member in the vegan society.

“I would hope that others would recognize my choice to become vegan and would be inspired to explore working toward a more conscious living in regard to the ethical treatment of animals,” she said.