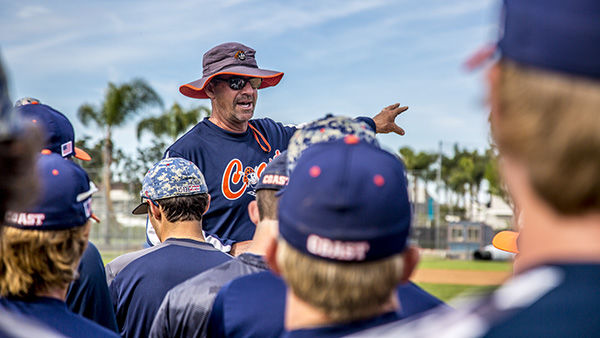 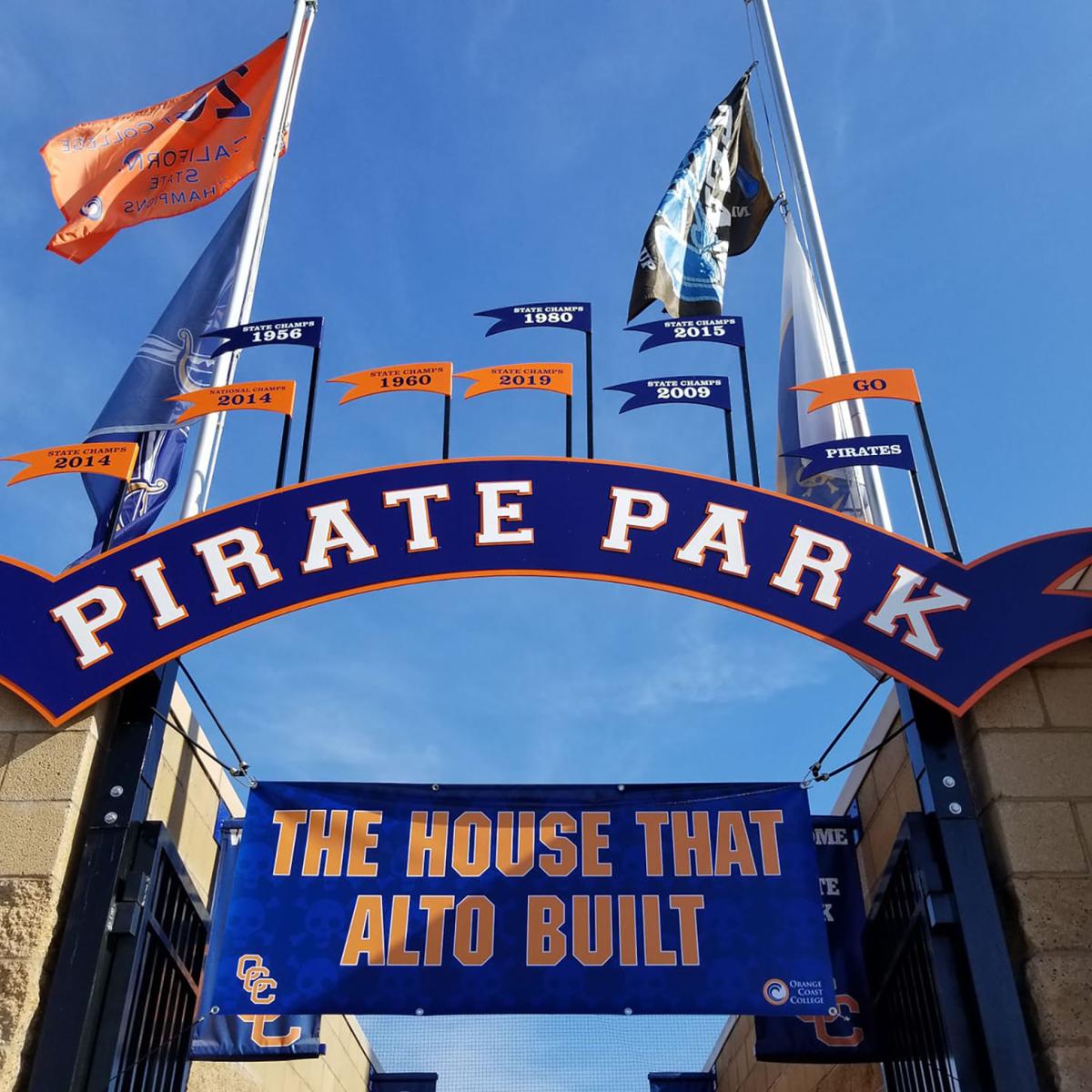 A banner welcomes fans to Orange Coast College's baseball field by honoring John Altobelli with the greeting "The House that Alto Built." Altobelli and his wife and daughter were killed Sunday when the helicopter they were riding in crashed near Calabasas, also taking the life of basketball great Kobe Bryant and his daughter Gianna.

A banner welcomes fans to Orange Coast College's baseball field by honoring John Altobelli with the greeting "The House that Alto Built." Altobelli and his wife and daughter were killed Sunday when the helicopter they were riding in crashed near Calabasas, also taking the life of basketball great Kobe Bryant and his daughter Gianna.

Jan. 28: This story has been updated from an earlier version.

There was an obvious pall over Orange Coast College Monday morning as students, faculty and staff made their way to campus amid the tragic loss of John Altobelli, OCC’s head baseball coach for more than 25 years.

Altobelli, who died Sunday along with his wife Keri and daughter Alyssa, was among the victims of the helicopter crash that killed Kobe Bryant and his daughter Gianna. He was a beloved figure who touched the lives of those around him and inspired his peers whom he accepted as family, campus officials said.

Throughout his 27-year-career at OCC Altobelli amassed more than 700 wins, but his biggest impact was building the field where many of those wins were collected.  Through years of hard work, Altobelli built Wendell Pickens Field from the ground up.

“This is all his,” said Nate Johnson, Altobelli’s assistant coach who will now assume the role of head coach, pointing to the college’s baseball field. “He fundraised for it all — the bathrooms, the office, the press box. He dug out the batter side of the field, the fences, the chairs you’re sitting in. He did all this. This is his. It’s the 'House that Alto Built' is what I’m calling it.”

Altobelli left an impression on his team and on his colleagues who spoke highly of the man who achieved so much.

“We’ve lost one of our own. There’s no way to be prepared for this,” said OCC Athletics Director Jason Kehler. “There’s no ‘right way’ to handle this. We just have to be together. That will be our best way to get through this.”

Flags across the district were lowered to half-staff to honor Altobelli, and a memorial fund has been established by the OCC Foundation to help support the family. Donations can be made directly through the foundation’s website.

Instructors and administrators on campus shared their shock and grief over Altobelli’s loss and that of his family.

“I was stunned. I just was in shock. I could not believe that [the Altobellis were gone] and I immediately wanted to be at the college because I knew the heartbreak that this was causing,” OCC President Angelica Suarez said of learning of the tragedy on Sunday.

A campus counselor who works with the Athletic department remembered his first meeting with Altobelli.

“He was the first coach I introduced myself to and I immediately saw the passion and love he had for baseball when I went into his office. I was just in awe,” said Luis Miranda, the academic counselor for student athletes on campus. “He was a mentor not just for his student athletes, but for everyone in the Athletics department.”

The team has decided to play its home opener on Tuesday at 2 p.m. against Southwestern College to honor their coach by playing the game that brought them all together. Practice went on as normal Monday.

“They just want to make sure they’re doing right by John, and the best way to honor him is to go out on the field and play the sport that he loved with everything,” Kehler said.

But campus was not normal.

On Sunday, after the news broke that Altobelli was killed along with Bryant, a spontaneous memorial grew on the college baseball field to mourn the coach. Hundreds of people gathered with flowers to honor Altobelli.

“Yesterday was good. It was a bad day, but a good day,” Johnson said of the memorial.

Altobelli is survived by two children, his daughter Lexi and his son, J.J., who is a scout for the Boston Red Sox.

Counselors in the Student Health Center were ready to assist students who may need help in coping with the loss of such an important member of the campus community.

“My words of wisdom [to students] would be to allow themselves to feel what they’re feeling. To reach out to all of us for support. We are here for them,” Suarez said.