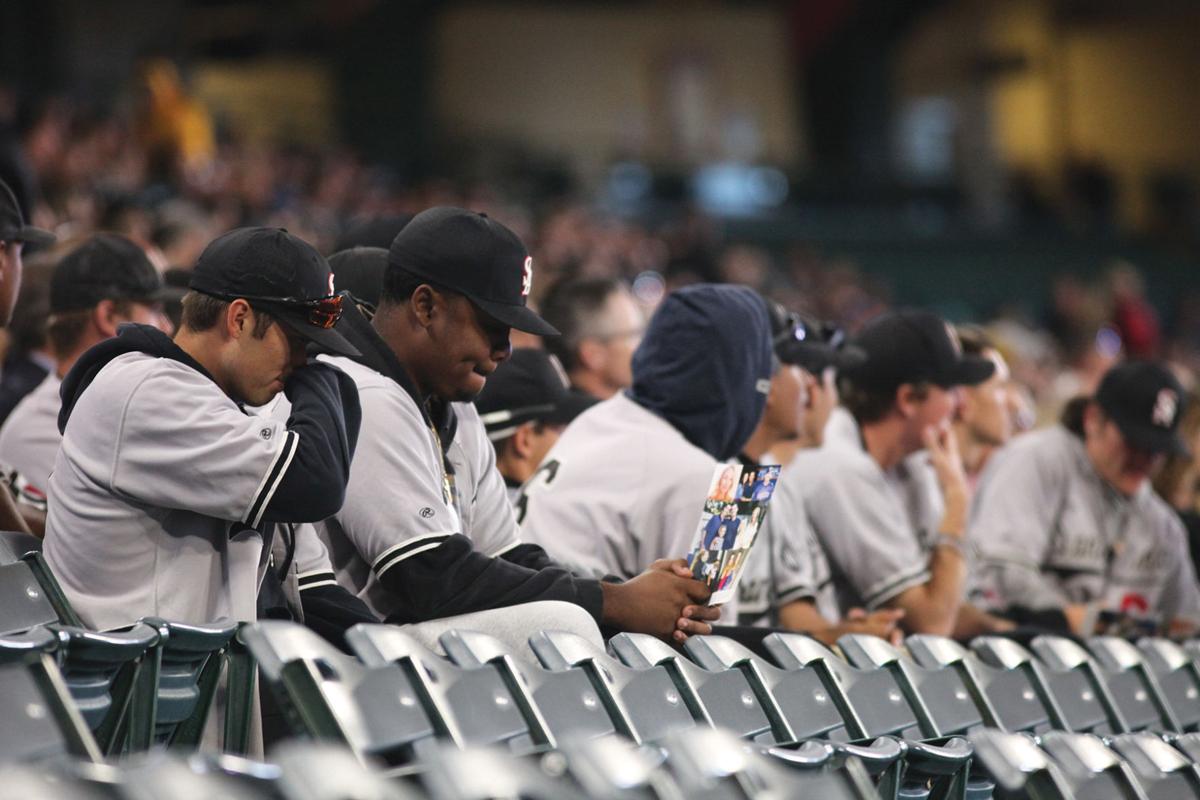 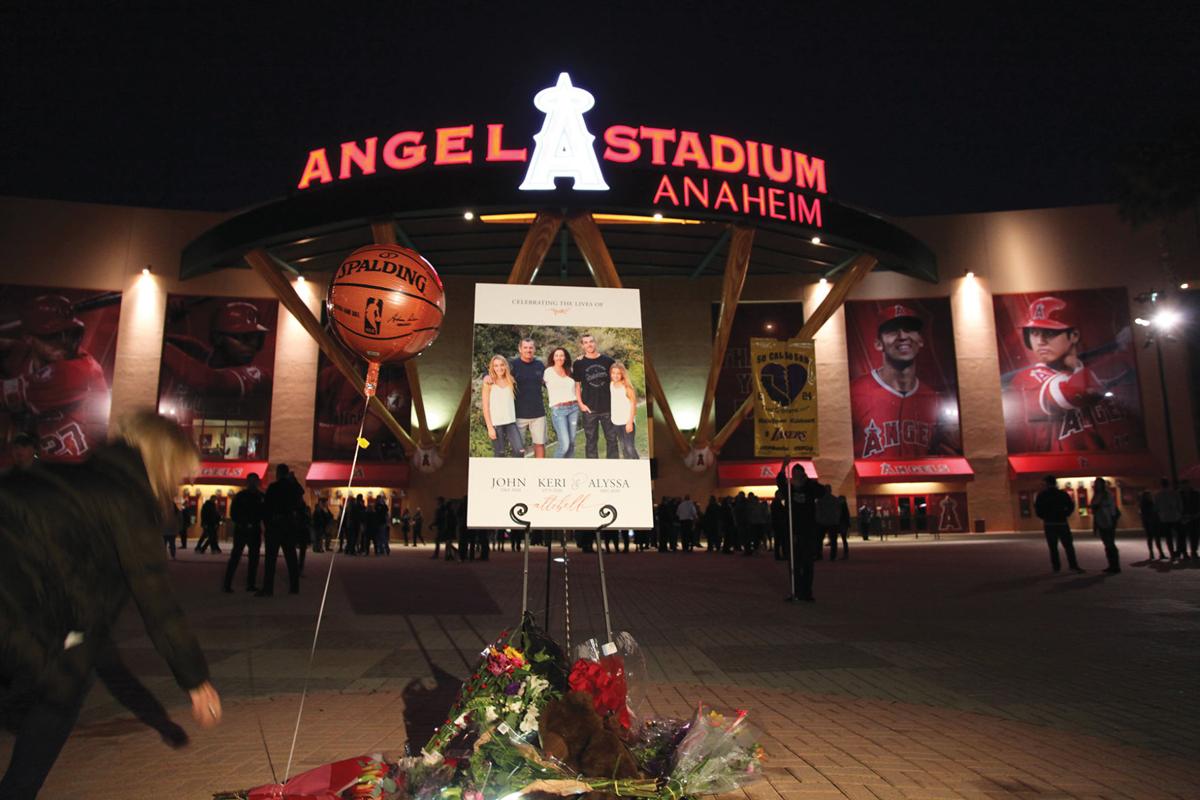 Feb. 19: This story has been updated to correct an editing error.

As the sun hung low in the late afternoon, about 4,000 people were packed near home plate at Angel Stadium for the memorial service honoring the late John, Keri and Alyssa Altobelli.

Many had been worried that the rain from the day before or the heavy winds from that morning would affect the event, but it turned out to be a calm, sunny and near-perfect day. The memorial came after OCC’s head baseball coach Altobelli, his wife and daughter died in a helicopter crash two weeks prior.

Outside the stadium, attendees walked past as two fire engines from the Anaheim Fire Department held a giant American flag in front of the stadium’s iconic Homeplate Gate. In the lobby of the stadium, they stopped to admire the bouquets of flowers and the large photo collages of the Altobelli family and friends.

While the field itself had recently been turned into muddy hills for a recent monster truck rally, the focus of the audience was on a stage covered with artificial turf, surrounded by white, yellow, orange and blue flowers.

Photos of the deceased, trophies and sports memorabilia, and the jerseys worn by John and Alyssa provided the backdrop as family and longtime friends went up to the podium to speak about the people they had lost on that tragic morning of Jan. 26.

Noticeably among the crowd were the baseball teams of the Orange Empire Conference, Orange County’s community college athletic conference, sitting together in the middle of the crowd and wearing their respective team jerseys.

Also in attendance were the Warriors of El Camino College, who lost to the Pirates in last year’s CCCAA state championship, to pay their respects.

OCC assistant baseball coach Kent Watanabe and his son Lee Watanabe were a few of those invited by JJ and Lexi Altobelli, the surviving Altobelli son and daughter, to speak at the memorial.

“If there comes a day where we can’t be there together, Alyssa, I will keep you in my heart. You will be there forever,” Kent Watanabe said.

He added that the crowd was larger than expected.

“I was nervous at first, but I quickly calmed down because I knew I had to deliver a message,” Kent Watanabe said.

Lee Watanabe harkened back to the time his own brother, Pirate baseball player Jourdan Watanabe, died and how John Altobelli helped their family through it.

“When I lost my brother, the Altos kept his spirit alive,” Lee Watanabe said. “That’s what I really wanted to continue doing — keeping the Altobellis’ spirit alive because they did so much for us.”

The service also had plenty of moments of laughter as speakers recounted their humorous and heartfelt memories of Coach Alto.

“He’s that guy that we’re going to raise up — that captain. Diet Coke [in one hand] and in the other hand that Coors Light. Double-fisting,” Lee Watanabe said.

“I felt like they knew what he’d want them to say,” Matz said. “Like, ‘don’t characterize me as some guy that walked on water. I was a guy that worked my ass off every day. I partied when it was time to party.’”

The event closed with Erik Rees, chairman of the Jessie Rees Foundation that worked closely with John Altobelli, asking the audience to stand and shine their phone flashlights at the stage.

Just before the stadium lights dimmed and Neil Diamond’s “Turn On Your Heartlight” played, thousands of attendees held up their phones in a show of love.

“Show your light for the ones that we loved so dearly,” Rees said.

According to Matz, the act made him emotional.

“Something about that just got me at a really deep level,” Matz said. “I hope it’s a way for people to move forward and start getting closure. The hurt’s deep, but I’m really hoping it gives us that springboard to start moving on as I know [Alto] would want us to.”