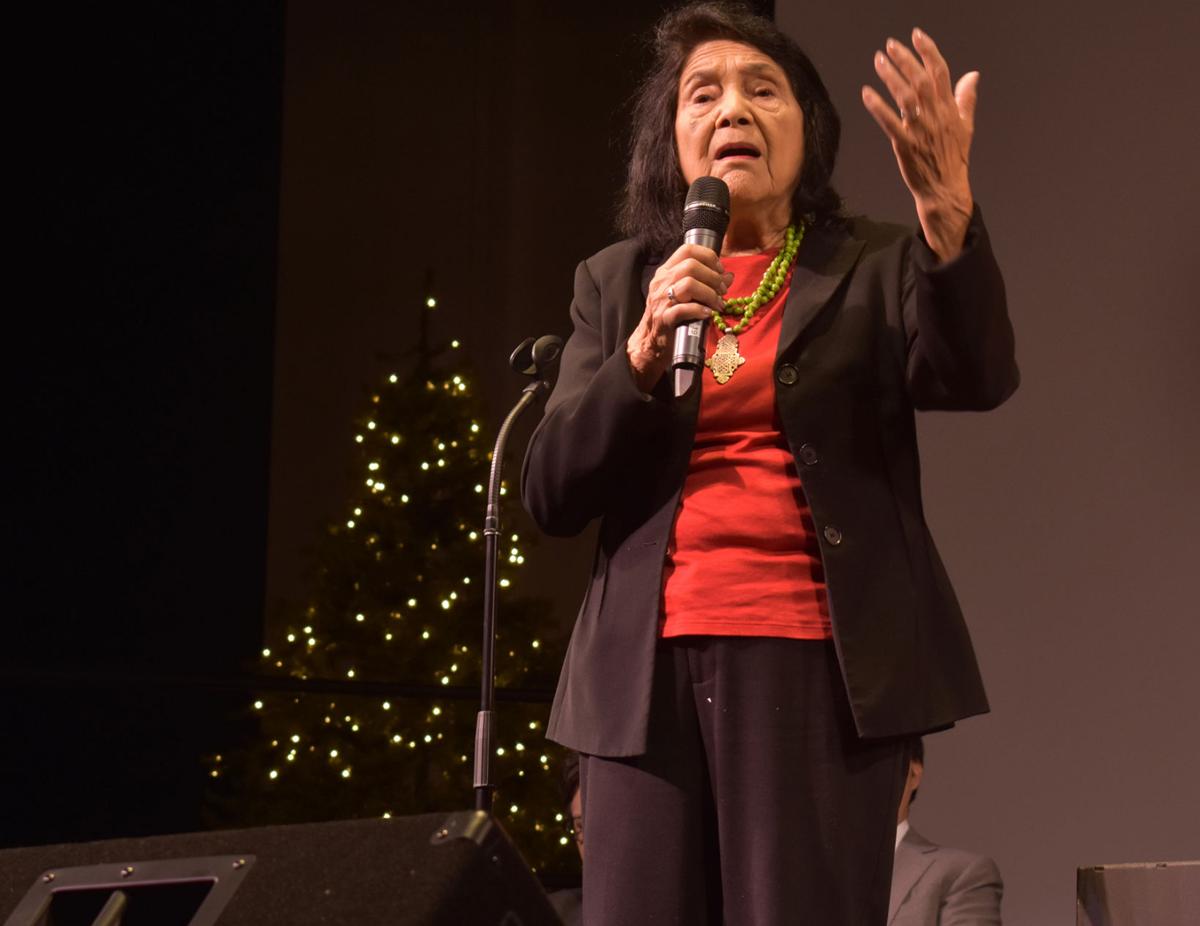 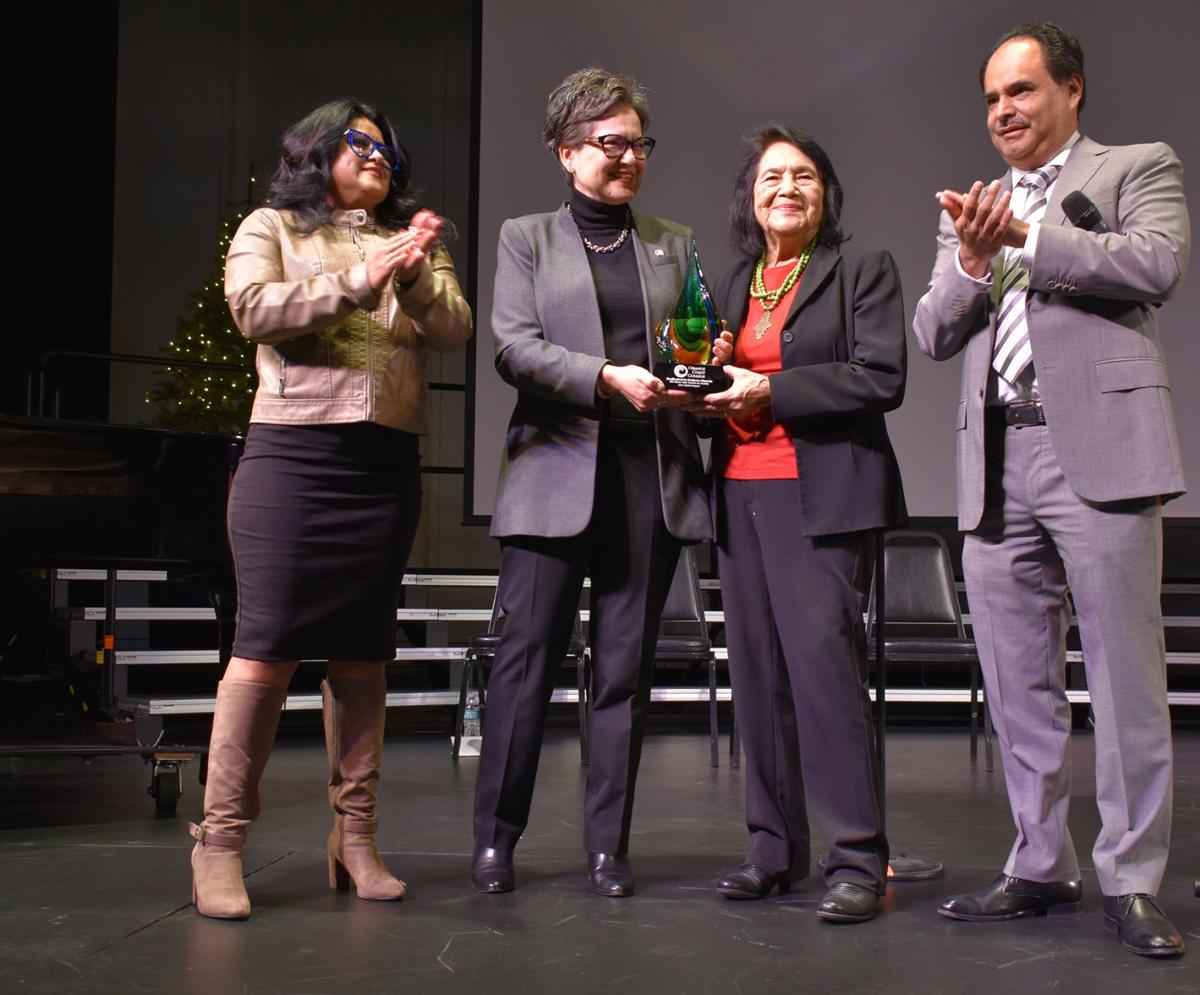 Legendary civil rights activist Dolores Huerta spoke about the importance of community organizing to an audience of about 650 people in Orange Coast College’s Robert B. Moore Theatre Monday.

In addition to her speech, the CLEEO Project, Counseling Latin@s for Equity & Engagement, presented Huerta, 89, with an Orange Coast College Dedication Award for her service to society.

“We have to learn how to speak up, even if we feel embarrassed,” Huerta told the crowd.  “Maybe what we’re saying seems to feel out of place or inappropriate. It’s OK. Learn to do it.”

Recipient of the Presidential Medal of Freedom award, Huerta is best known for her work with the National Farmworkers Association alongside Cesar Chavez.

Huerta spoke about her continuance of community organizing through her organization, the Dolores Huerta Foundation for Community Organizing.

The Dolores Huerta Foundation encourages low-income community members to identify and resolve structural problems in their communities with a strong emphasis on education, uniting neighbors and social/reformative justice.

Huerta announced a plan to raise several billion dollars to better fund schools, raise teachers’ salaries, and hire social workers and other educational support staff. She also addressed the systemic racial biases against black and brown students, which causes them to be expelled at higher rates than white students.

“One of the things that my foundation is working on is stopping the school-to-prison pipeline,” Huerta said. “In Kern County, we had to sue our current high school district because they actually expelled 2,600 students in a year and a half.”

Huerta went to explain that most of the students expelled were African American and Latino. After the lawsuit, the district implemented an implicit bias training for teachers and the number decreased to 26 students in a year.

Huerta is still fighting the fight. As a feminist, she encouraged everyone to look out for each other because we are “all a part of one race — the human race.”

She finished her speech with a call to action for voting. She asked everyone to not only vote, but to ask everyone in their community to vote as well.