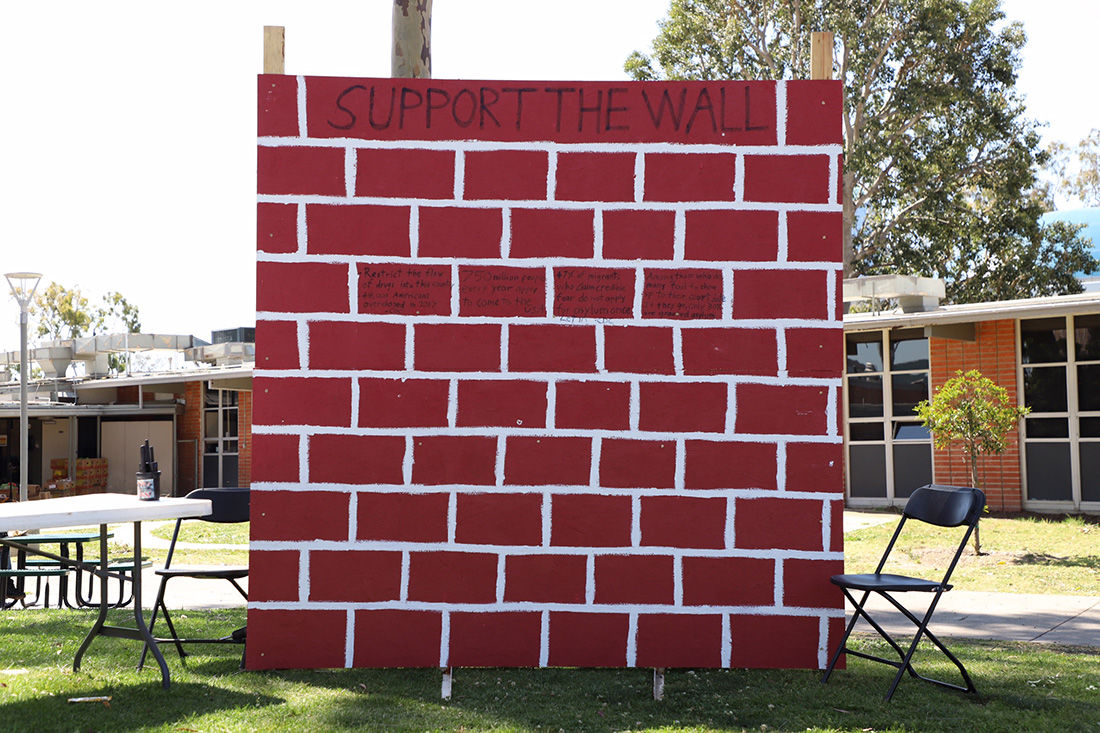 Members of the College Republicans at Orange Coast College erected a wall near the Snack Shack Wednesday in support of President Donald Trump's border wall. 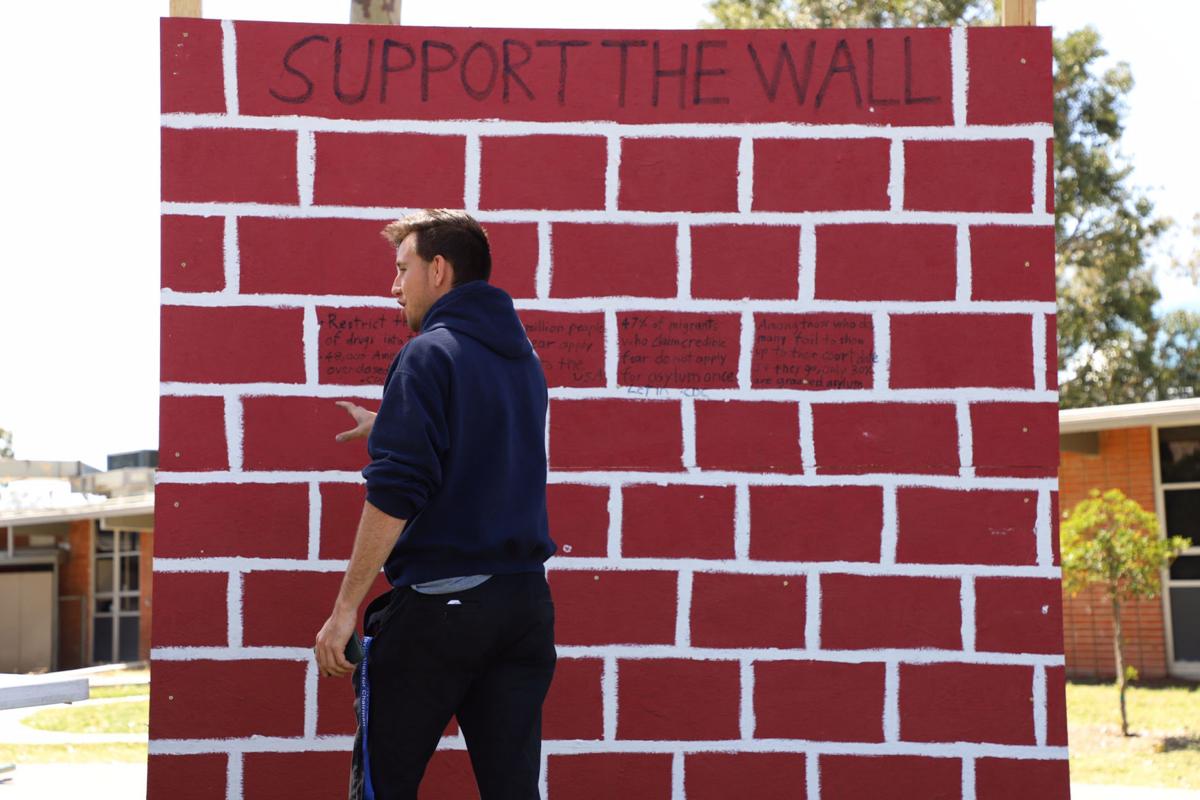 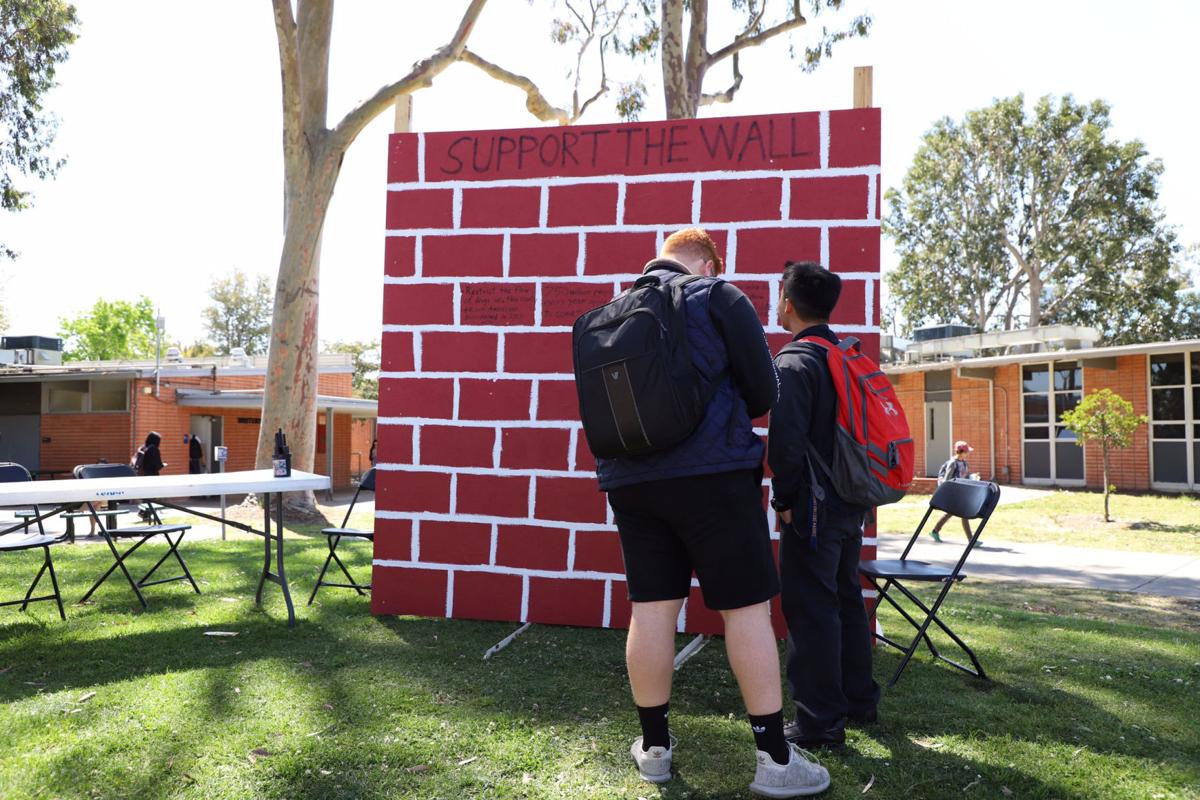 Members of the College Republicans at Orange Coast College erected a wall near the Snack Shack Wednesday in support of President Donald Trump's border wall.

Walking to class from the Adams Parking Lot this morning, many students saw a brick-like structure placed on the small hill between the Snack Shack and The Drip coffee cart.

A square wooden barrier painted to look like bricks bore the slogan “support the wall” and attracted attention from students, faculty and staff.

The wall, a show of support for President Donald Trump’s border wall, was built by members of the College Republicans at Orange Coast College.

But many students didn’t agree with the message it was sending.

Soon after the wall was put up, several students clustered around it, trying to figure out what it was, when a back and forth ensued.

“Fuck your wall,” one student shouted.

Aaron Benitez, a 20-year-old communications major, said the issue is personal to him.

“Because of my background I can’t support the wall. I’m here because my dad crossed,” he said. “How can I say ‘put the wall up now,’ when there are other people who are going to be born here, like me, with much better opportunities than in Mexico."

Alex Loniak, 20, a business administration major and member of the College Republicans club, said the barrier had been planned for about three weeks and was designed to start a conversation between students about immigration policy.

Students both supported and rejected the image.“I don’t support the message of this wall to support the wall,” David Vo, a 21-year-old kinesiology and fitness major said. “I just don’t like the wall.”