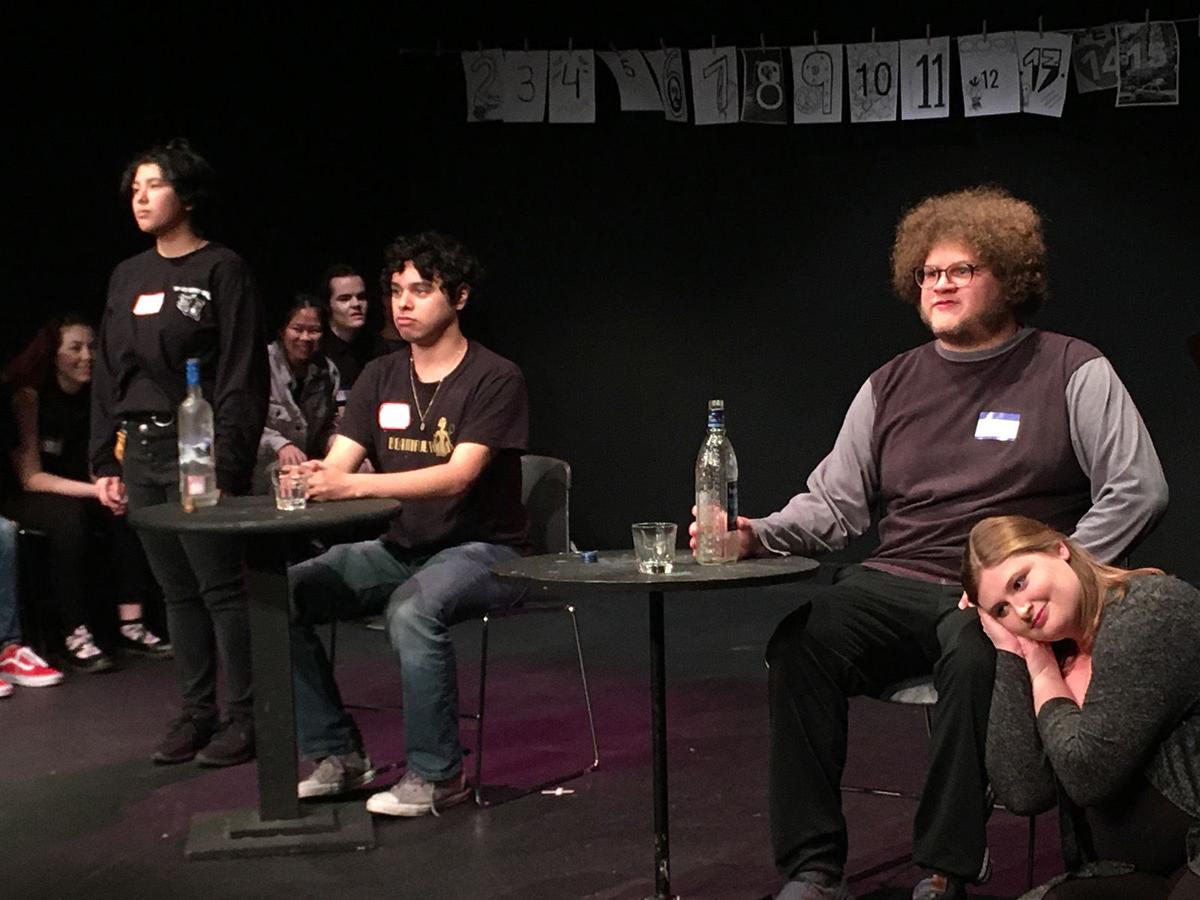 "Too Much Light Makes the Baby Go Blind" cast members perform a scene that was selected by the audience in the Drama Lab Theatre on Friday. 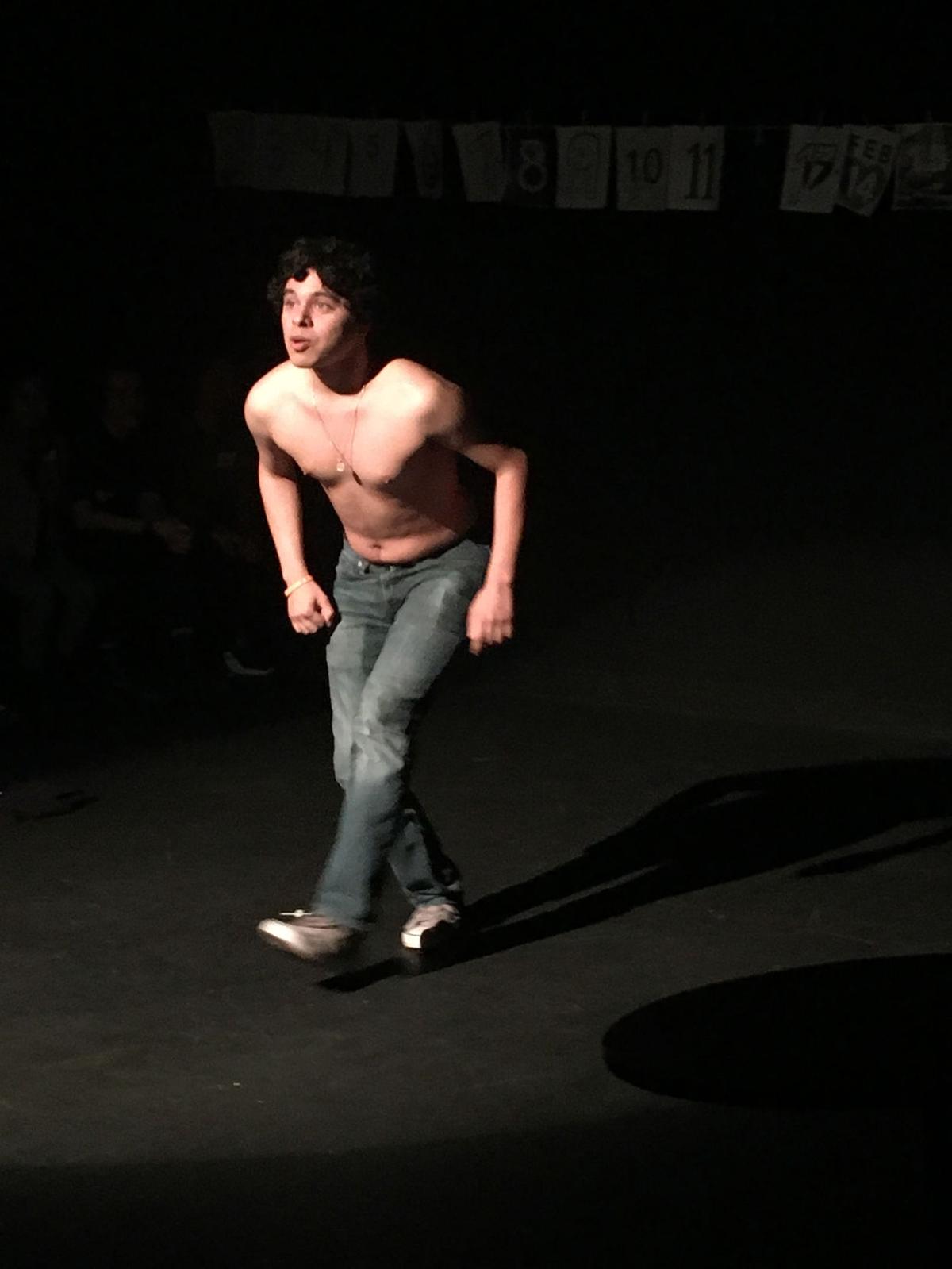 Actor Joshua Flores, 21, portrays a chicken while stripping on stage during a scene of "Too Much Light Makes the Baby Go Blind" in the Drama Lab Theatre on Friday.

"Too Much Light Makes the Baby Go Blind" cast members perform a scene that was selected by the audience in the Drama Lab Theatre on Friday.

Actor Joshua Flores, 21, portrays a chicken while stripping on stage during a scene of "Too Much Light Makes the Baby Go Blind" in the Drama Lab Theatre on Friday.

The Orange Coast College Repertory Theatre captivated with their production of “Too Much Light Makes the Baby Go Blind,” 30 plays performed in 60 minutes on Friday in the Drama Lab Theatre.

In short plays written by Greg Allen and directed by Rick Golson, 16 actors sprang into action each time the audience made their choice based on nothing but titles provided to them in the playbill.

If the idea of watching actors shape shift and adapt to the whims of each other and the audience is appealing to you, then you must not miss this year’s rendition of “Too Much Light Makes the Baby Go Blind.”

The plays were short but the lines were zingy and the entire experience took place under the gun of a large stopwatch displaying the minutes as they passed alongside a dizzying array of characters, accents and encounters occurring on the stage.

From scene to scene the actors had no idea which play would come next as the audience voted with the volume of their voices and requests flew from all sides.

If your heart isn’t pounding while watching this play then you should probably get it checked out.

Audience members were impressed by the ability of OCC’s thespians as well. One person in attendance, Bill Leon, said he was surprised that the actors could remember all of the lines for so many plays.

“I’m surprised how these kids can really perform, if I had to get up there I’d be scared to death,” Leon said.

The difficulty of the task at hand wasn’t lost on the performers either. Actor Joey Shapiro, 21, said the speed and fast-paced energy of the performance made it different than others he had done.

“It was one of the most wackiest, craziest and most outrageous things I’ve ever done in my life period,” Shapiro said.

Another actor, Joshua Flores, 21, had a memorable moment in the show when he was required to recall an event through the character of a chicken while stripping.

“It’s ridiculous and it really is a lot of fun but I definitely would not have been able to pull it off at all or get any reaction if I didn’t commit to it and if I was too afraid to do it,” Flores said.

With topics ranging from white privilege to gun control and from Shakespeare to an infomercial promising to remove your guilt for only $150, “Too Much Light Makes The Baby Go Blind” had something for everyone.

My only advice is that it is not advised for underage audiences or people who don’t like excitement.

For those who wish to attend, “Too Much Light Makes The Baby Go Blind” will be performed again on Saturday and Sunday starting at 7:30 p.m. in the Drama Lab Theatre. Admission is free.