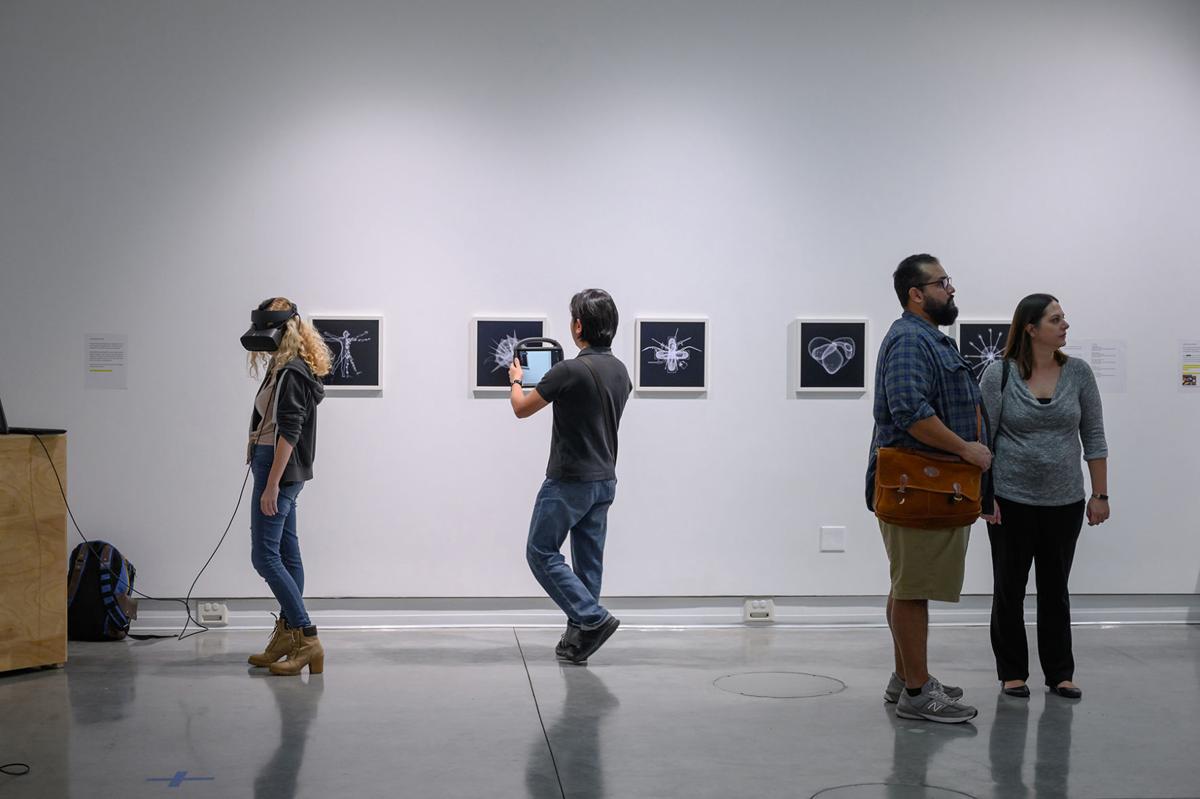 Visitors explore the "Immersion: Visions of the Singularity through VR/AR" exhibit in the Frank M. Doyle Arts Pavilion. 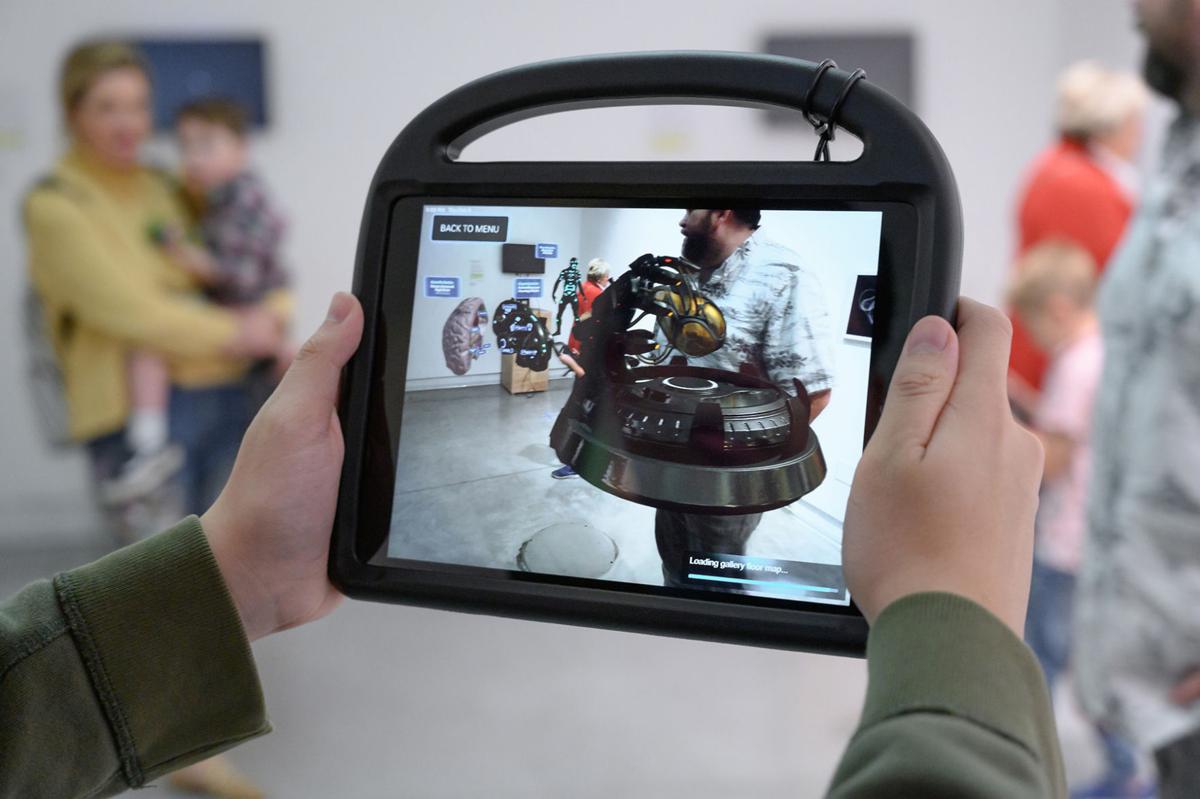 Visitors explore the "Immersion: Visions of the Singularity through VR/AR" exhibit in the Frank M. Doyle Arts Pavilion.

The exhibit “Immersion: Visions of the Singularity through VR/AR” will transport viewers to another dimension — one where technology and humans come together.

Co-curated by Matthew Newman and Scott Broberg, the exhibit is composed by students from Orange Coast College’s new immersive media program. In it you will find different sections and 3D prints taken from sculptures and created entirely in virtual reality.

When using a virtual reality (VR) headset you are taken to a different realm and travel to a futuristic world. The augmented reality (AR) experience is viewed through interactive tablets that have been mapped to the floor plan.

Matthew Newman, an instructor in the Film/Video department, has worked in VR for six years and has been teaching at OCC for two semesters. He previously worked as an art director at a gallery in Newport Beach and has his own video studio.

“It [the gallery] did not necessarily mean to present AR as an art medium, but rather to present the possibilities of AR,” Newman said.

More specifically, the presentation of AR is an extension of the art experience, creating an interactive gallery. Instead of just looking at a painting you can interact with the art.

“It’s an evolution of an art gallery,” Newman said.

As part of the exhibit, Anthony Cruz, an immersive media major, presented a piece on life and death.  His exhibit explores the ever-popular trope of attempting to use VR to survive death.

“Throughout life we gather experiences and information. Now artists can recreate interactive stimulations.  Instead of visiting graveyards we can bring them back in virtual reality,” Cruz said

VR carries with its connotations of implausible sci-fi novels taking place in far away worlds but in actuality, VR is becoming more and more accessible on Earth.

OCC became one of the first community colleges in the nation to offer a VR/AR certificate program when it began last semester as part of the Film/Video department.

It is a two-year certificate but with enough engagement and enrollment from students, the department is hoping to make it a major.

Newman said the future of the technology is endless adding that augmented reality is used by surgeons and astronauts, along with the Army, which is using headsets on a transparent display like a video game.

Newman said that he was excited for the limitless possibilities of VR. This gives students the opportunity to build narrative experiences and to build virtual sets.

“For the consumer [VR is] finally at that point where they can afford it and buy it, which is great for the industry. We have a lot of students, designers and developers using this technology,” Newman said.

“Immersion: VR/AR Visions of the Singularity” will remain open until April 4, in the Frank M. Doyle Arts Pavilion, which is open Monday through Thursday from 11 a.m. to 5 p.m. Admission is free.