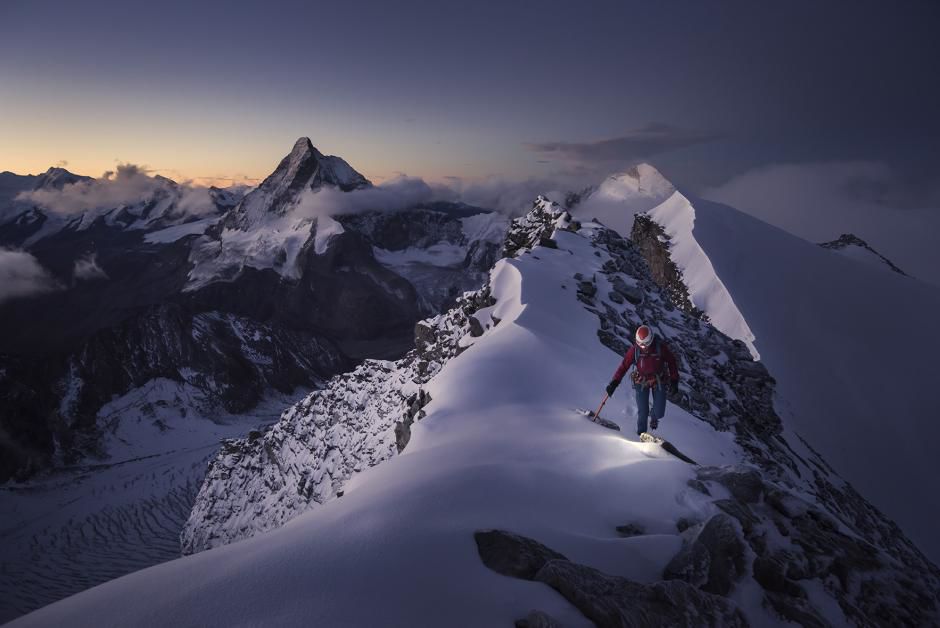 In the festival’s Signature Image winner, a mountaineer is on a hike in Switzerland. 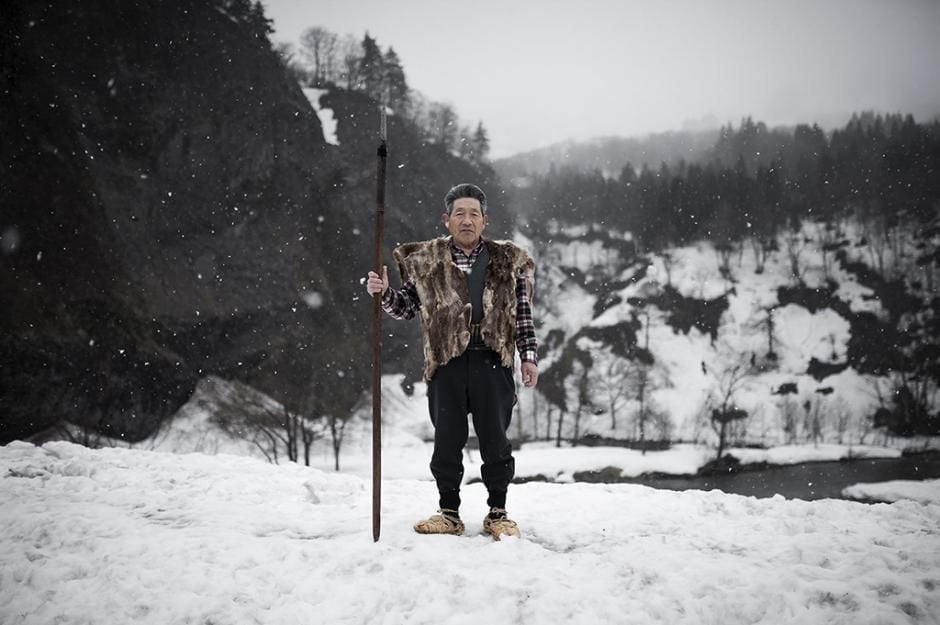 In the festival’s Photo Essay Winner, a Japanese hunter poses for a snowy picture with his spear.

In the festival’s Signature Image winner, a mountaineer is on a hike in Switzerland.

In the festival’s Photo Essay Winner, a Japanese hunter poses for a snowy picture with his spear.

In the span of four hours I traveled to over seven countries as The Banff Mountain Film Festival transported me with extraordinary visuals and inspirational stories.

At first, I thought this was going to be a film festival just like any other, featuring different ranges of comedic, romantic, and dramatic films. That was not the case. This festival is dedicated to a global selection of films about outdoor adventures such as mountain climbing, remote cultures, and the world’s last great wild places.

Naturally, I freaked out when I heard mountains because I thought of “127 hours” where a mountaineer had to amputate his own arm after being stuck under a rock. While I haven’t seen the movie, I cringe at the thought of cutting off your own arm.

Thankfully this was not the case, I was able to experience the beautiful and truly captivating aspects of this earth. While I’ll probably never do what these people have accomplished in films, I can strive to do so after watching them and gaining an appreciation for their feats.

I traveled with Liv Sansoz, a French three-time world cup winner and twice world champion lead climber. I watched the trials and tribulations Sansoz endured as she attempted to climb 82 summits over 4,000 meters high in one calendar year in “Liv Along the Way” directed by Anthony Bonello and Mike Douglas.

This woman is the true definition of badass, breaking almost every bone in her body never giving up on her dream to climb higher and further.

In spite of one conquest ending in frostbite on two of her toes, coupled with the death of her friend and avid climber Ueli Steck, Sansoz was determined and just seven weeks later was out climbing again.

Sansoz’s original plan to climb 82 summits in one year was not accomplished, falling short by six. At 76 peaks, Sansoz was disappointed but fulfilled with what she accomplished.

Sansoz didn’t quit. She reached all 82 summits six months after her original deadline. Upon learning this my heart became full and I learned that while I may not accomplish my original goals, what will happen could be the greatest gift I’ll ever receive.

All throughout the theatre I heard people laugh, cry and react deeply with me as we cheered and rooted for Sansoz.

Another film, “This Mountain Life” directed by Grant Baldwin, featured the journey of Martina and Tania Halik traversing the coast mountains of British Columbia into Alaska.

This film was not only cinematically eye-catching, the content itself tugs at you. When I heard that a mother-daughter duo tackled a six-month trek across British Colombia into Alaska, fully self-funded and alone, I was immediately taken aback.

I watched Martina and her mother make amazing progress month after month, overcoming fear after fear.

One of Tania’s fears was being submerged underwater, a fear that was triggered as they encountered rivers and lakes on their journey. I didn’t understand this fear but when Tania spoke about how she escaped the Czech Republic, it all made sense.

These women faced dangerous weather conditions and risked a lot to achieve this. One huge risk was going hungry, and for one moment the ladies had a scare when they searched for food that had been dropped for them but could never find it. The next food drop wasn’t until six days later and there wasn’t a single person in sight.

Not taking another risk, the Halik women had to organize a helicopter delivery that ended up costing them $5,000 to receive four boxes full of dry food. The dedication they had was demonstrated when the pilot asked if they wanted a lift out and they said no.

I have so much respect for these women and other people featured during the BMFF.

Other films ranged from a story about a nine-year-old Mongolian boy following in his father’s herding footsteps, to a 97-year-old’s journey with running, and the uplifting story about the “Brotherhood of Skiing,” the nation’s first organization of predominantly black ski clubs.

The BMFF will be returning to OCC for another showing March 17 and 18 of next year.